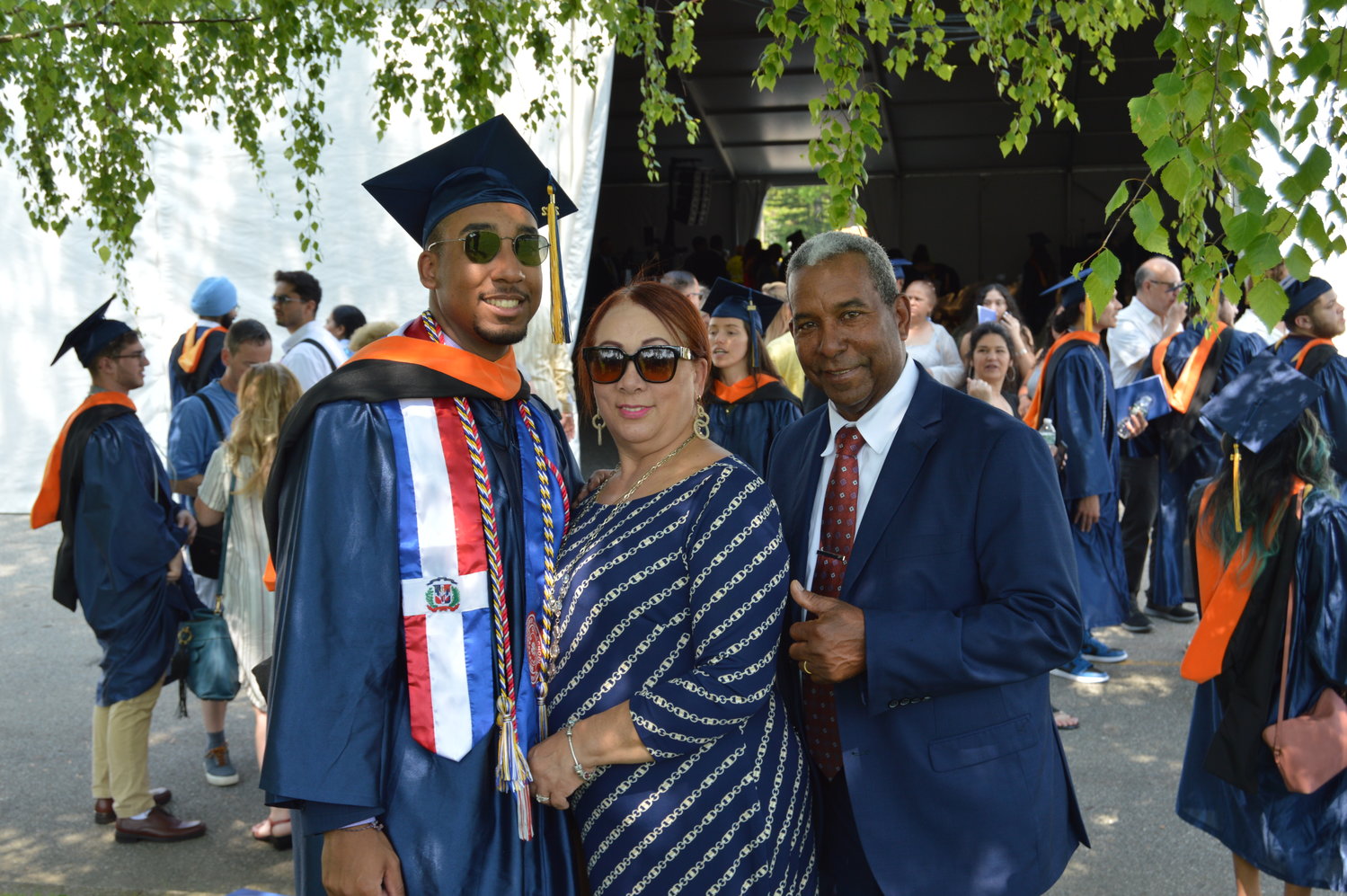 Michael Valenzuela is just one of the students from the Village of Freeport who have accumulated an impressive list of college awards, honors and degrees this year. He is one of three Freeporters who made the Presidential Honor List at the New York Institute of Technology, from which he graduated in May. Carolina Flores-Iglesias and Zachary Singh also made the list, by maintaining grade point averages of 3.75 or higher.

Valenzuela’s ba-chelor’s in computer science includes a focus on information security. He is now a web and app developer at Peraton, a large security firm based in Northern Virginia.

But he grew up in Freeport.

“I lived literally down the block from the police station on Ocean Avenue,” Valenzuela said. “I’m the youngest of four siblings, all grown and working.“ His landscaper father, Victor, and accountant mother, Maria, operate two businesses in the village: Valenzuela Travel Inc., on Main Street, and Victor Valenzuela Landscaping.

Michael’s many college activities included membership in Tau Kappa Epsilon. “It’s a social fraternity,” he said, “to help students study, gain confidence in themselves, and prepare for the real world. It develops connections with other NYIT students and alumni, especially in your field.”

New York Tech, Valenzuela said, prepared him for work and life beyond college. But the confidence instilled by his parents and his college also got a boost from someone who was part of his childhood.

“A big impact from Freeport was that my Little League coach gave me the mindset to believe I can do whatever I want,” Valenzuela said. “By high school, I was already studying and working in the computer field. I was mentoring kids in basic computer languages and teaching them how to use the Internet. All because of Coach Ramón.”

He received the Undergraduate Innovator of the Year award for his computer work, because he put his spare time in college to productive use. “When there was downtime at school or between classes,” Valenzuela recalled, “I would walk into the [Entrepreneurship and Technology Innovation Center] lab, where I helped others with projects, or I’d create my own projects and show them to high school students during their tours. One project, in particular, was an arcade machine that I built with two other people.”

As he develops his career, he looks forward to returning to Long Island.

“I just want to help make the world a more automated, easier place to live in,” Valenzuela said. “My dream is to live in the Hamptons and have the option to travel around the world.”