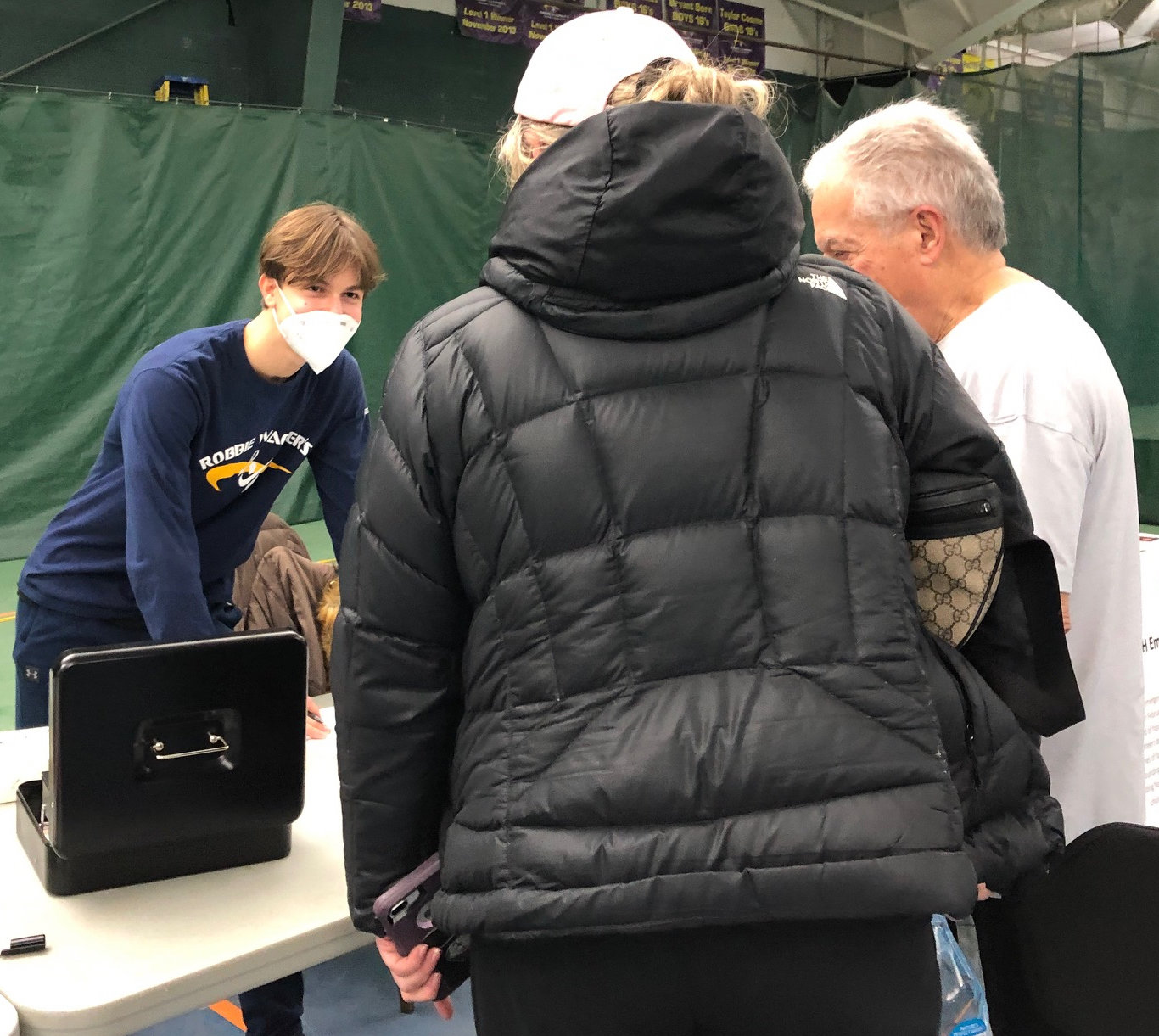 Alistair Wright, 16, hosted a pickleball tournament on Sunday that benefited the local nonprofit NOSH. The event has raised $4,300 for the organization so far.
Courtesy Doris Meadows
By Annemarie Durkin

A pickleball tournament held over the weekend raised more than $4,300 for a local food pantry in need of help. Alistair Wright, 16, a junior at Friends Academy in Locust Valley, is the founder of Rally For Hunger, a pickleball tournament created with the goal of raising enough money for NOSH to find a permanent home on the North Shore.

In August last year, a fire broke out at the Veterans of Foreign Wars Post 347 hall in Glen Cove, destroying the headquarters of NOSH, a program of the North Shore Soup Kitchen. The food pantry had operated out of the Hill Street building since April, serving about 500 families from Bayville, Locust Valley, Oyster Bay, Glen Head, Glen Cove and Sea Cliff.

“In doing research into different charities to donate the tournament proceeds to, I found out that NOSH’s building burned down in August, and that they were leasing out a temporary space, but that the lease for that space just ended on Dec. 10,” Wright said. “When I heard they were looking for a permanent space, I wanted to help because I know that they do a lot of great work.”

Wright is an avid tennis player. After tearing a ligament in his ankle in September, Wright, suddenly with an abundance of free time on his hands, decided to use his extra hours to give back to his community.

“I thought if I’m not playing tennis, I want to do something good and something that I can say I made a good use of my time, and I’ve done a lot of work with food charities throughout the past year or so due to Covid, so I was familiar with the need for help,” Wright said.

As he researched charities around Glen Cove, Wright said he was heartbroken to find that NOSH had burned down over the summer, and was unable to operate at maximum capacity.

“My hope is that I can both raise enough money for NOSH to rent out a space, but also to raise awareness for all the great work the charity does so others can contribute themselves,” Wright said. “Being a tennis player, I thought that I ran a pickleball tournament that could raise a good amount of money for NOSH to relocate, so I started organizing [the event] from there.”

Twenty-three players took part in the round-robin style event, with the goal of completing as many matches as possible within the allotted time. Wright said the event was intended as a fun way to raise money for a good cause, rather than a serious tournament with bracket structure, declared winners or hard-and-fast rules. In total, Wright had raised $4,300 for NOSH by the end of the tournament, with a goal of collecting $4,500 for the pantry.

“I think one thing I was surprised by was everyone I’ve talked to knows about NOSH and was kind of aware of what happened and was excited to help out. Whenever I would go to someone and tell them what I’m doing, they’d be like, ‘Oh my gosh, NOSH is such a great organization,’ and would help out right away,” Wright said.

Present at the Rally for Hunger tournament was Renee Swanson, of Sea Cliff, a NSSK/NOSH board member and the fundraising chair, who said the group was gratified “at the number of people who have come forward to recognize the importance of our work and to raise funds for us.”

Swanson added, “I’m so impressed that such young people as Alistair and his Rally for Hunger team recognized the need and stepped up with such a well thought-out and executed event.”

Player Arline Jacobs, of Locust Valley, also lauded the student organizers for “a flawless event. They did a great job start to finish.”