He’s down, but don’t count him out 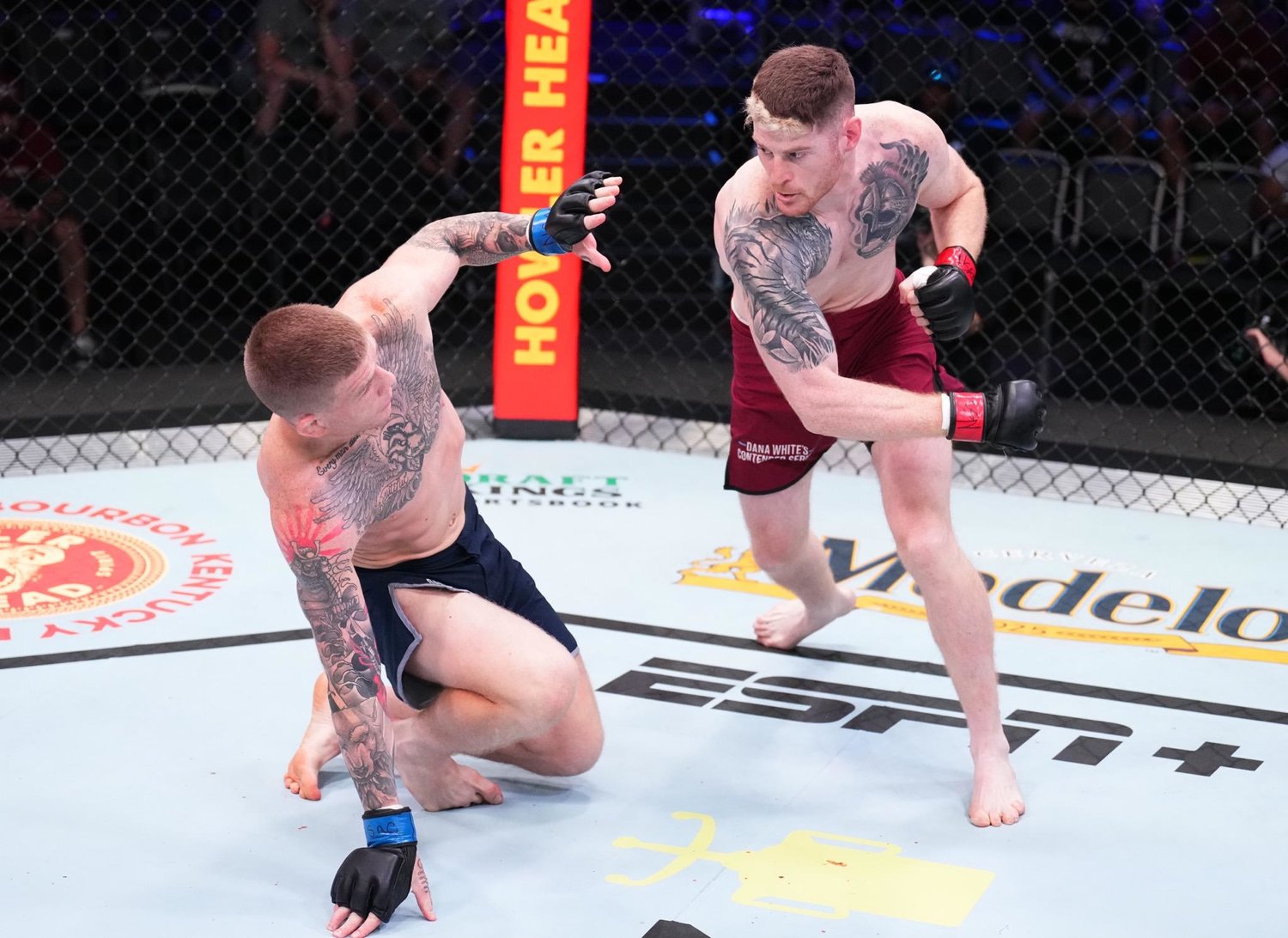 While Campbell’s fight in Vegas didn’t go his way, he is determined to comeback and show that he belongs among the best
Courtesy Charlie Campbell 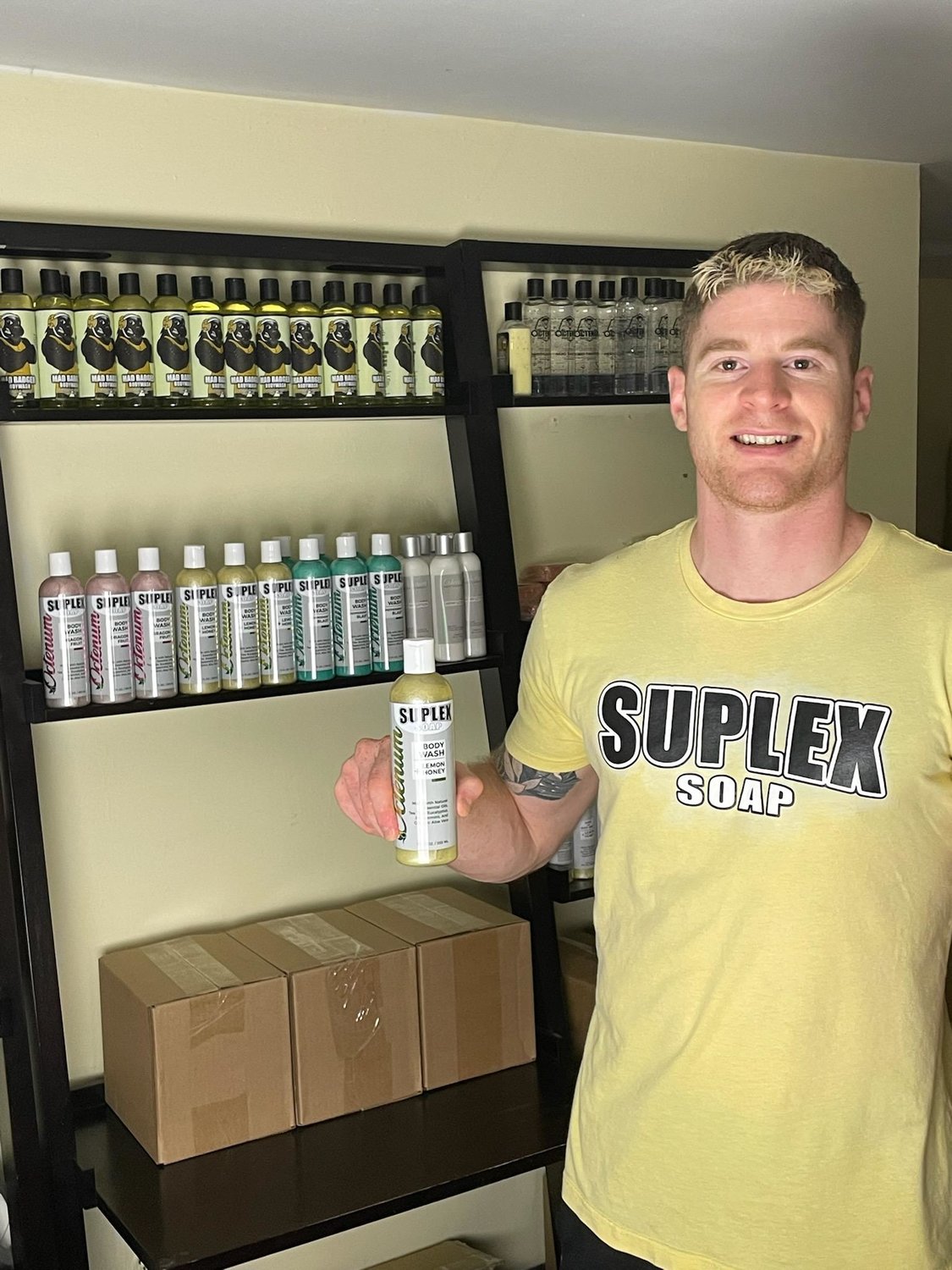 While he awaits medical clearance to begin fighting again, Campbell has been promoting his suplex soap brand
Courtesy Charlie Campbell
Previous Next
By Kepherd Daniel

It was a whirlwind of emotions for East Rockaway MMA fighter, Charlie Campbell after traveling to Vegas to achieve his long-time dream of becoming a UFC fighter.

Through Campbell’s successful MMA career he was able to make enough noise in the fight scene to be invited to UFC President Dana White’s “Contender Series,” in Las Vegas a show that affords up-and-coming fighters the chance to showcase their talents in hope of earning a UFC contract.

Campbell went up against Scottish MMA fighter Chris Duncan as a part of White’s “Contender Series” on Aug. 2. While Duncan was repeatedly hurt by Campbell in the opening portion of the main event fight, Duncan was able to defeat Campbell via knockout 1:43 into Round 1 and was immediately granted a contract with UFC by White. Campbell,27, had a 6-1 pro MMA record going into the fight and was a slight betting favorite.

“A lot of emotions,” Campbell said about the result of the Contender Series bout. “ There are so many ways to look at it but ultimately, the mature thing is to point the finger at me.” Campbell was in control of the fight at the beginning but Duncan was able to come back to capture the knockout victory. Campbell praised the coaching he received going into the fight and cited the cause of the result as little mistakes on his part.

“I was eager to win because I felt like I was so close to it. It seemed like the end was near for him. It’s just a lot for me to digest.” Campbell was able to enjoy the sights of Vegas in the days after the fight but now that he is back home, he admits the loss is even tougher to digest. “I feel like my mind was in denial when I was still out there in Vegas for a few extra days afterward, but I’ve been home now. It hits me more and more,” he said.

Since Campbell returned he has also taken to Instagram to promote a venture that he began a few years ago, Suplex Soap, a soap using primarily essential oils. “The soap is made here on Long Island out of a legitimately certified lab manufacturing company in Copiague. “A lot of everyday people are loving it for quality ingredients and it’s great for athletes that are exposed to harmful bacteria during training,” Campbell said. “It’s come a long way and the products are high quality so it’s easy to stand behind them and sell them.”

Campbell, 26, is a lifelong East Rockaway resident and began competing when he joined the Lynbrook Titans wrestling program at age 8. His dream had always been to compete in combat sports at the highest level and he says that although the loss was a bump in the road, he still has the aim of getting to the UFC, but admits the road will be a lot tougher now.

Campbell plans to get back to the Northeast regional MMA fighting scene to build back momentum and hopefully compile an impressive record and regain attention. “When I’m healthy, I’m going to be promoting my comeback,” he said. “I proved I belong. It may come down to me having to go get wins at the regional scene, build up some sort of win streak, and then just stay ready.”

Campbell knows the road will be tougher now but he still has his eyes on his ultimate goal “Life throws curveballs. It’s the only way to look at this as a positive. I’m going to show people what I’m made of and show I’m not a quitter.” he said. “It’s surely not as great as it would have been if I won, but if people think I’m down and out, they’re wrong.”