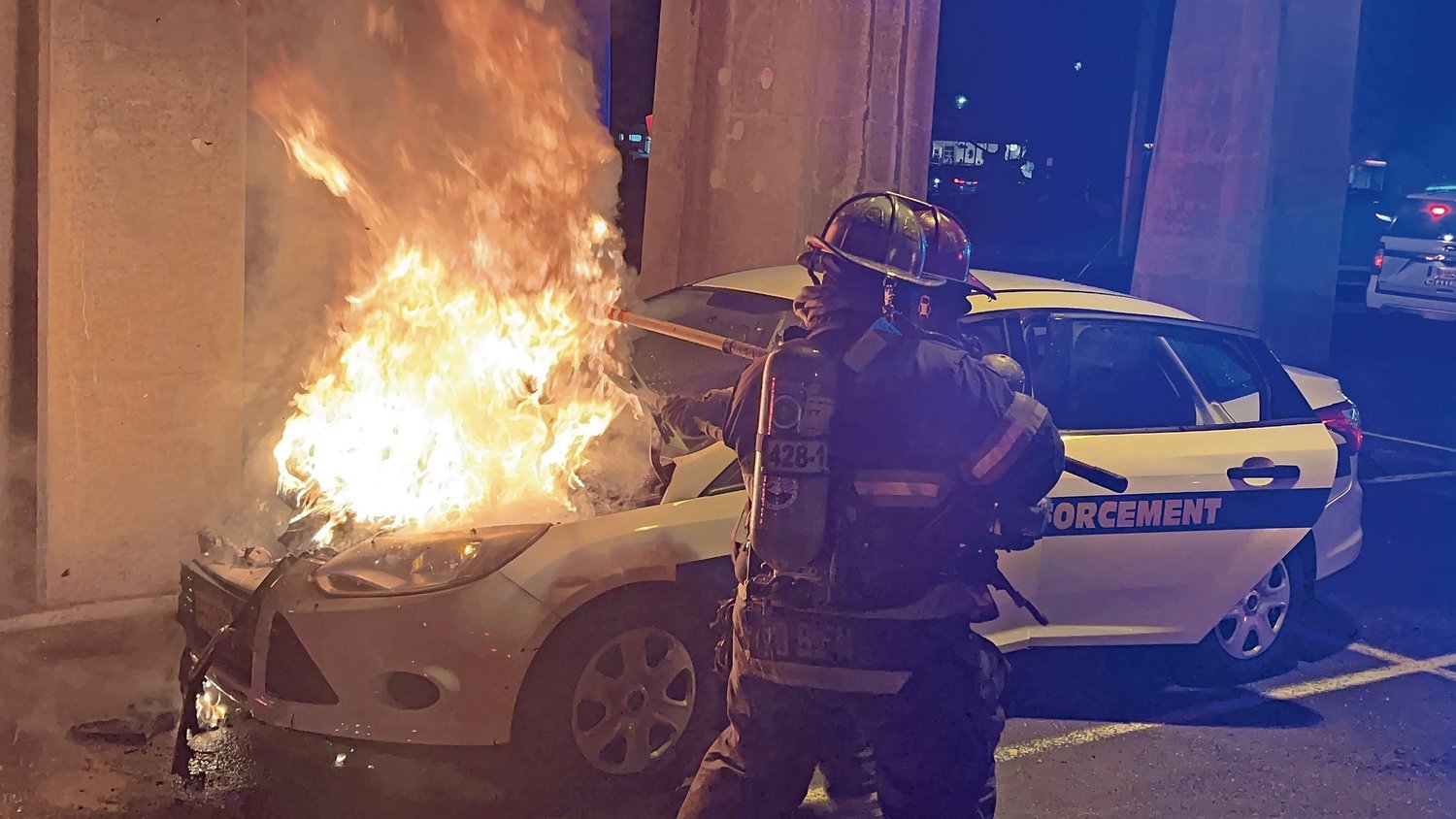 A Village of Lynbrook code enforcement officer smelled smoke as he drove his village vehicle in the downtown village area Dec. 30 at 6 p.m.

The officer pulled over underneath the Long Island Rail Road overpass on Stauderman Avenue at Forest Avenue and exited the vehicle. Moments later, the front of the vehicle erupted in fire. Lynbrook’s Truck Company and Vulcan Company 2 responded to the scene under the command of First Assistant Chief Danny Ambrosio. Assistant Chiefs Scott Bien and Clayton Murphy also responded. A Truck Company member used a water extinguisher to knock down the flames until Vulcan Company could stretch a hose line to the burning vehicle. The fire was quickly extinguished with the hose line. No injuries were reported. Firefighters were at the scene for about 20 minutes.