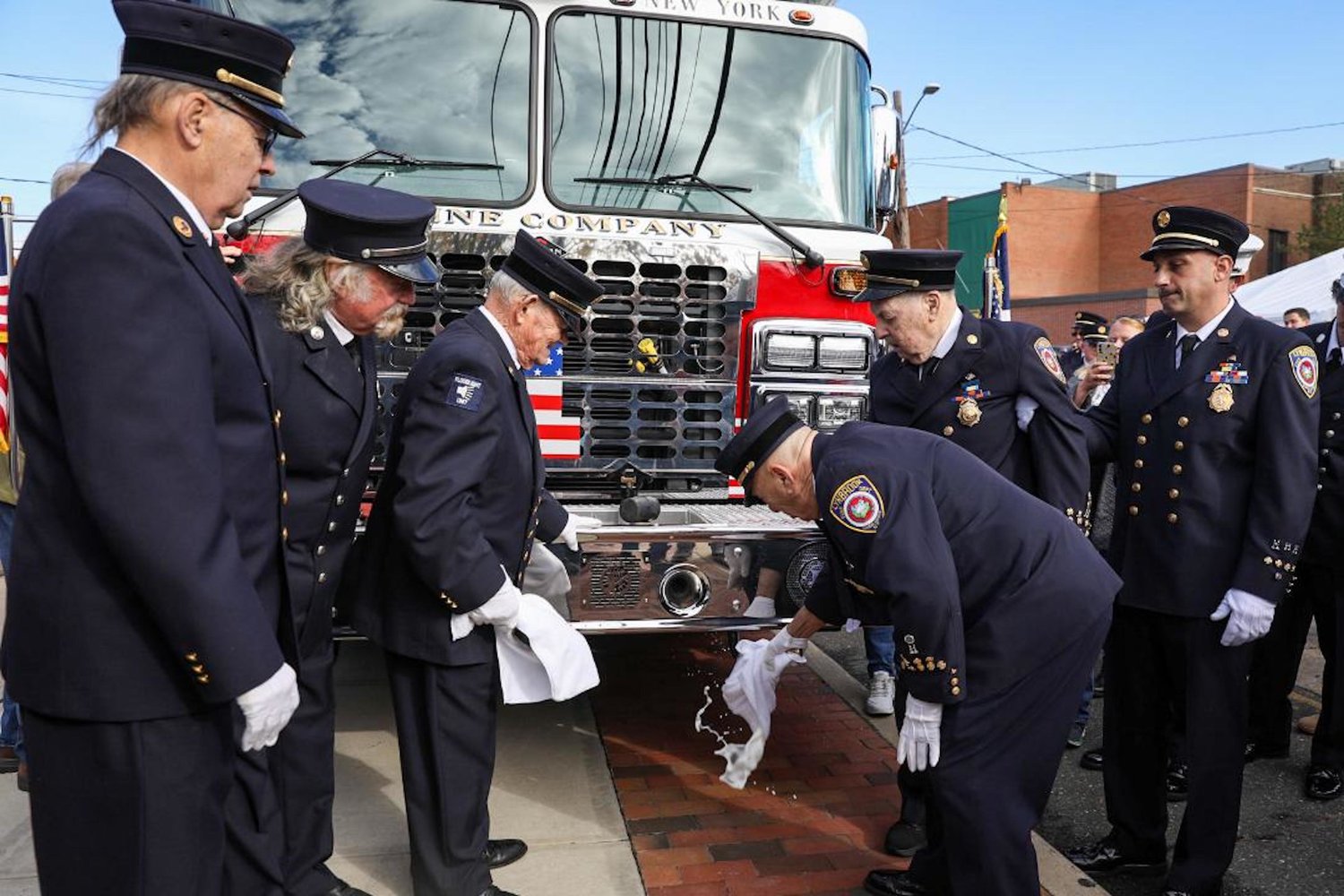 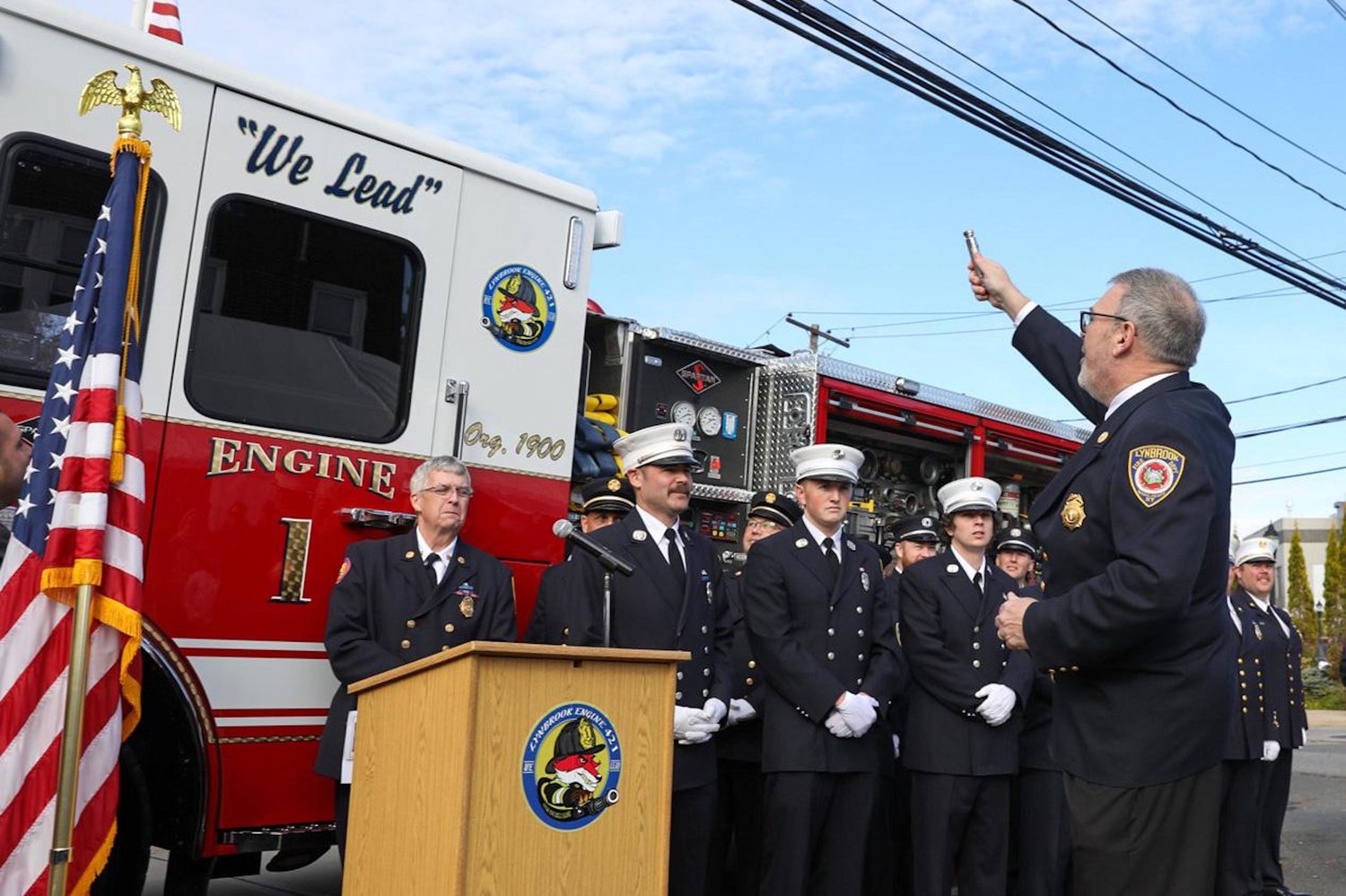 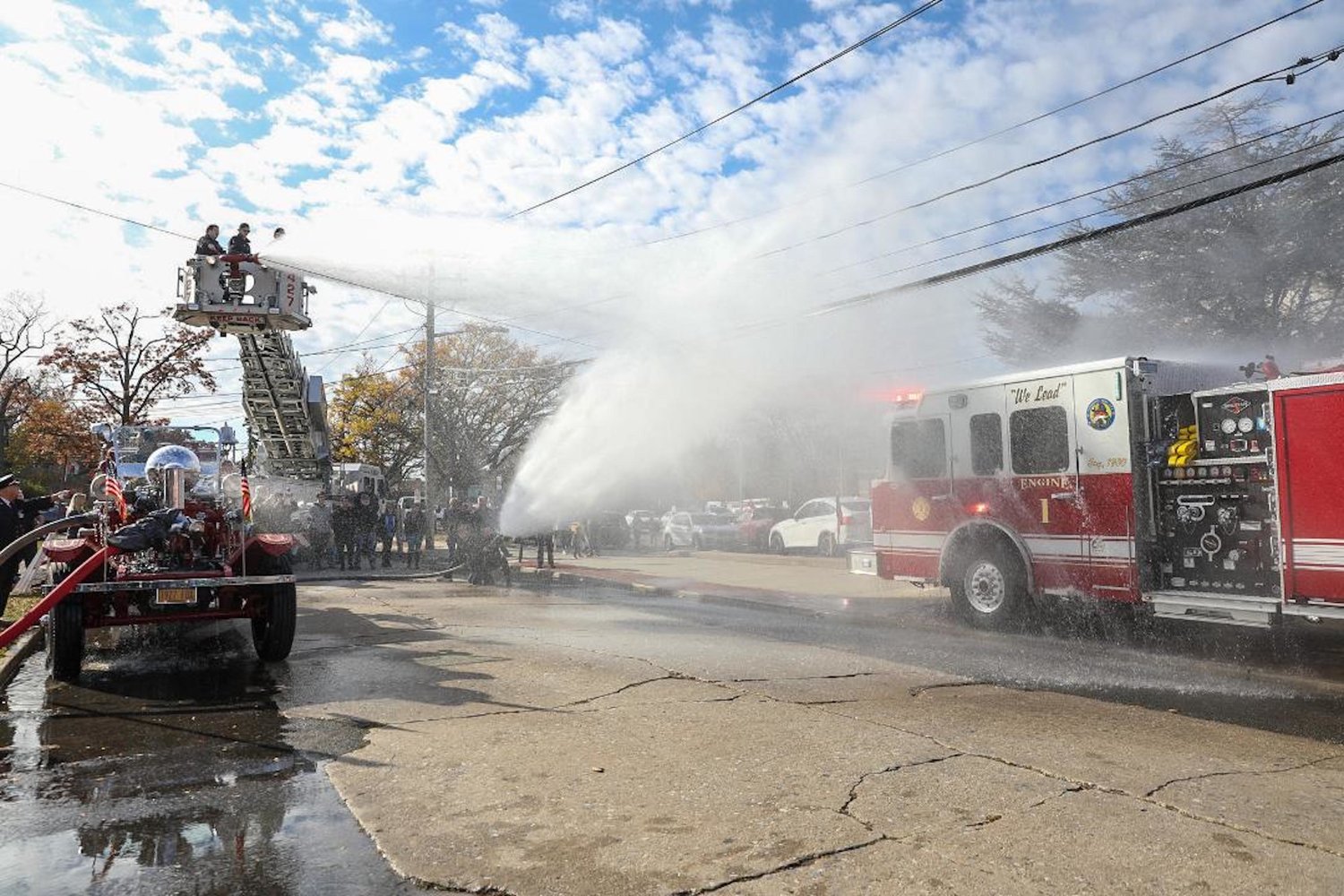 The new fire engine was christened by streams of water from Engine Company's first motorized 1927 pumper, on left, and Lynbrook's bucket truck.
Courtesy Brian Grogan
Previous Next
By Steve Grogan

During a ceremony on the closed street in front of the firehouse, firefighters from Lynbrook and surrounding departments heard brief talks about the work that went into designing the new pumper from members of Engine Company.

Chief John Donald also spoke, as did Lynbrook Mayor Alan Beach, Congresswoman Judy Griffin and Hempstead Town Councilman Anthony D’Esposito, along with Deacon Kevin  McCormick of Our Lady of Peace Church, who provided the invocation and blessed the new pumper with holy water.

At the end of the ceremony, attendees moved away as water from Engine Company’s 1927Aherns-Fox pumper, their first motorized pumper, as well as Lynbrook’s tower ladder and a pumper from Rockville Centre’s Defenders Company, poured streams of water over and on the new pumper. Engine Company, which erected a tent over its front ramp, served food and attendees listened to music by the East Rockaway band, the Stitch.