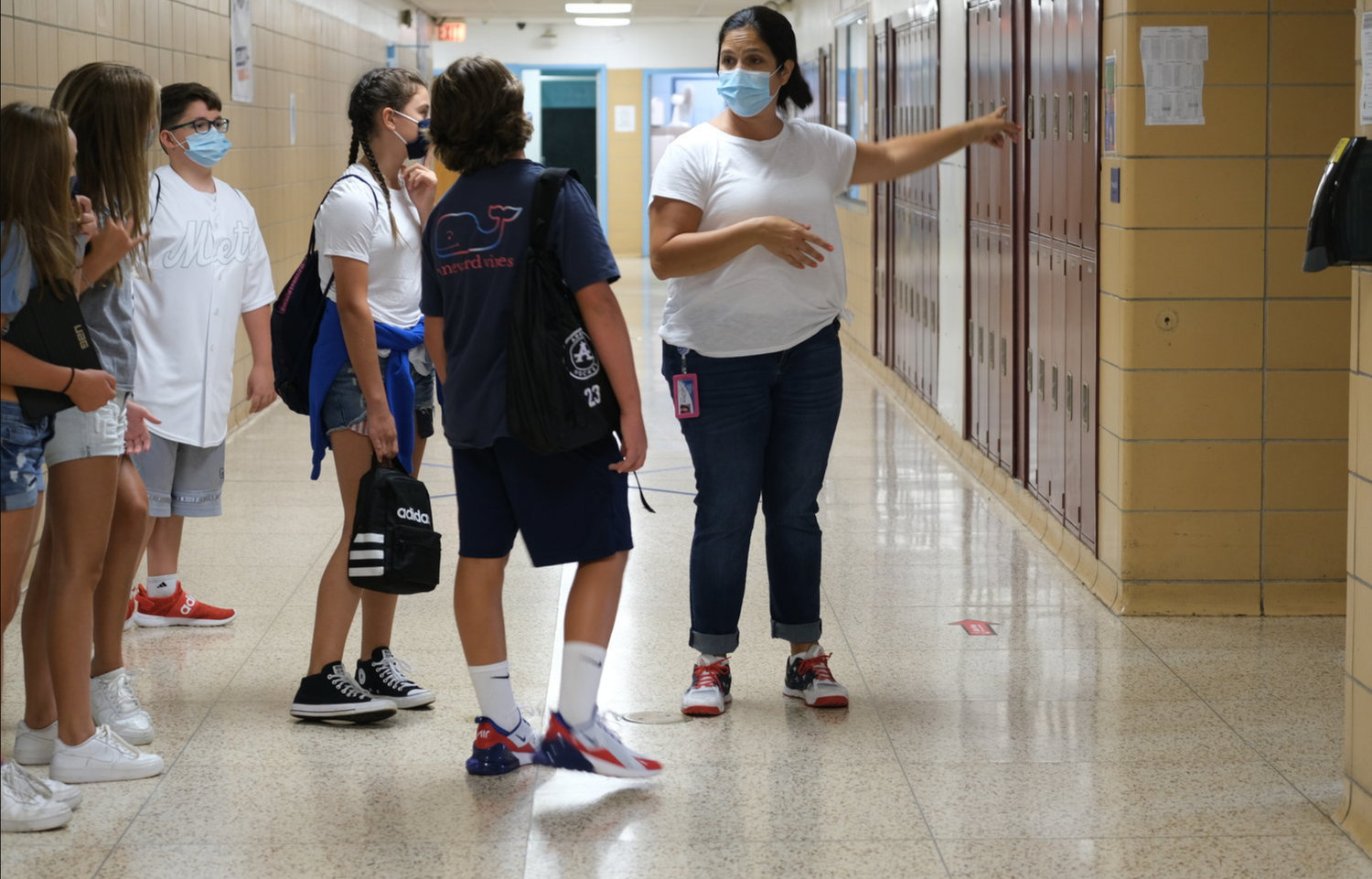 Lynbrook Union Free School District approved plans to hire a districtwide security supervisor and voted to add an additional security guard at each of the schools in the district.
Herald File Photo
By Daniel Offner

The concern for student safety has become paramount in the wake of the tragedy that transpired back in May at Robb Elementary School in Uvalde, Texas, when a gunman shot and killed 19 students and two teachers.

“My greatest concern is an active shooter,” School Board President William Belmont said, “and the only response to an active shooter is someone else who has equal force to slow that down and to curtail those activities.”

As a preventative measure, to try and ensure the well-being of students, teachers, and staff the Lynbrook Union Free School District is considering the addition of an armed security guard who could be stationed outside one of the schools should such an incident ever take place close to home.

“I think that we have to start somewhere,” Trustee Lesli Deninno said. “I’m not opposed to possibly doing that at some point. But I think that we should definitely start with an unarmed guard at each building.”

She said that following what took place in Uvalde, where the gunman gained access to the school through an unlocked door, having a constant presence would be ideal to help ensure that the campus is secure.

At its meeting on Wednesday, Aug. 10, the Lynbrook school board discussed that there had been only two unarmed security guards stationed at the high school, which is an open campus.

“My view is that the two are not mutually exclusive. Having an unarmed guard does create a visible presence. I think it can be a deterrent. They can do a lot to make sure doors are locked to make sure that we have eyes on all exits, etc.,” Trustee Andrew Lewner replied. “It’s also important to have an armed guard at each building, because the reality is no matter what we do in terms of mental health screening, security, locked doors, bulletproof glass, single entryway, there’s always a possibility of somebody getting through.”

He said the number one issue is the response time of police should an incident occur, which could take anywhere from six to 14 minutes for them to arrive on the scene.

“Most shootings are over in two to three minutes,” Nassau County Police Department Commissioner Patrick Ryder told the Herald during a school safety seminar in May. “The active shooter kills who they have to kill, and usually they kill themselves after.”

Lewner suggested they first address the addition of an unarmed guard at every building first and then discuss potentially having an armed presence stationed at each school.

“I don’t disagree,” Trustee Tara Aragona said. “I definitely think we should start with the unarmed guards. It’s August. School is going to start in a month and I think parents in the community would love to see security present at each building.”

She suggested that they discuss potentially having armed security officers at a future meeting, but focus on starting with the school year off with the district norms.

“I think that that’s a decision that needs to be carefully thought out, have the full board present and do it at a meeting when it’s not the summer in the community and everybody could be there,” Vice President Ellen Marcus suggested.

However, not everyone in the audience was so keen with the idea of having an armed security officer presence.

Robert Faskoff, a former board trustee, said that based on a study from a Rutgers University professor, he found there was no evidence that having an armed security guard reduces shootings or violence.

Faskoff said the most common ending to school shootings happen when unarmed staff restrained the gunmen, adding that the events are rare and difficult to anticipate.

He said that while it is unusual for bystanders or police to be in the right place at the right time, several school shooting incidents occurred in locations where an armed guard was present, including Marjory Stoneman Douglas High School in Florida, Great Mills High School in Maryland, Santa Fe High School in Texas and Robb Elementary in Uvalde, Texas.

“I disagree with your conclusion that there’s no evidence out there,” Belmont replied. “Like everyone who makes an argument, we always find the evidence that supports our position.”

Belmont refuted his claim stating that the schools he mentioned just happened to have armed guards present but were not targeted because of that fact.

“The only thing I will tell you is that at no time has this district ever considered putting armed guards inside the buildings,” Belmont said.

Board members continued to explain that they were specifically discussing the potential of placing an armed guard outside one of the schools with the specific purpose of preventing one specific and terrifying situation from unfolding.

Schools Superintendent Melissa Burak said that the resolution on the table that night was only to replicate their existing security plan and that they would have to continue to discuss the possible addition of an armed security guard at their next meeting on September 14.