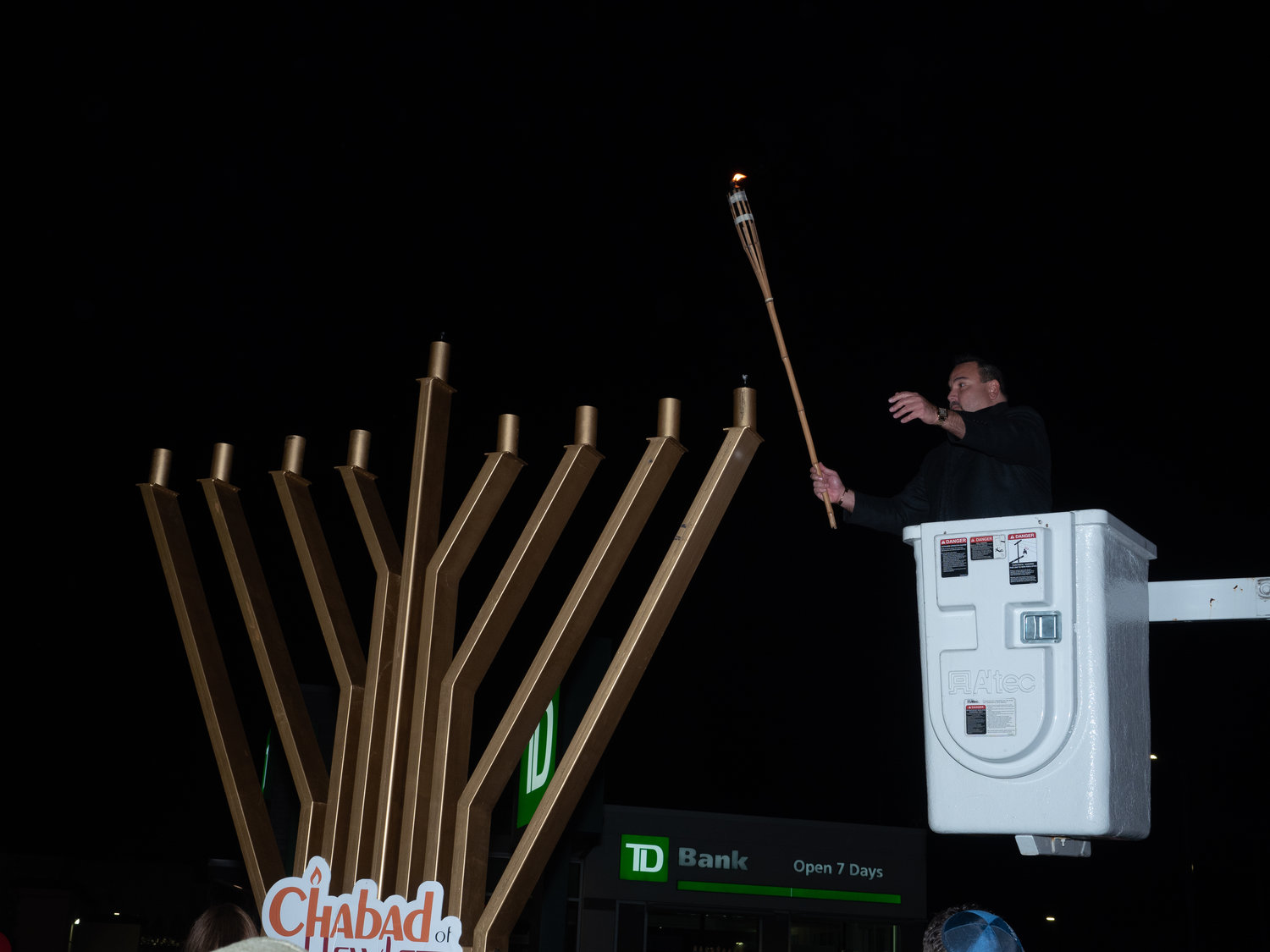 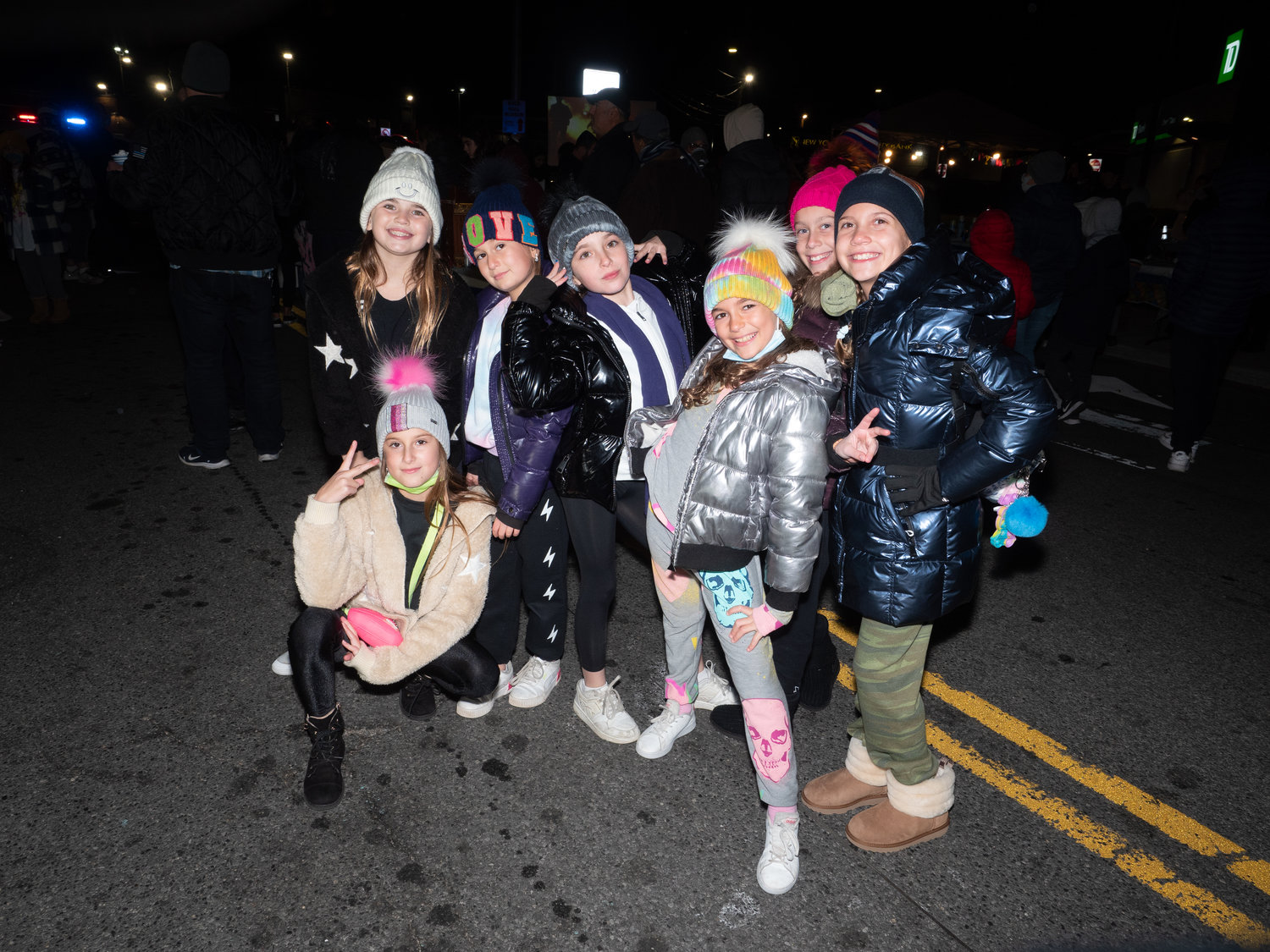 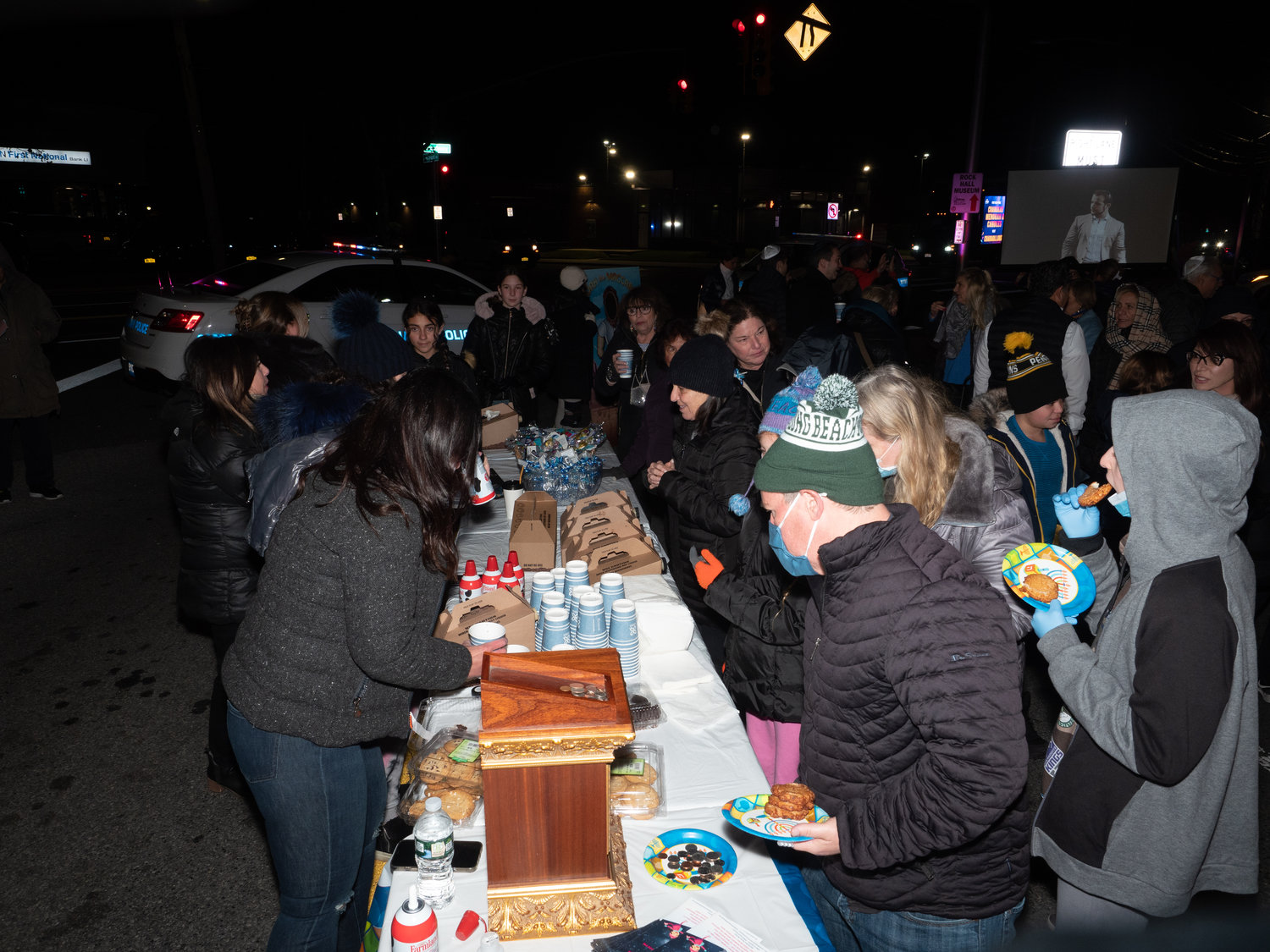 Hot chocolate and the food was going fast at the menorah lighting.
Eric Dunetz/Herald 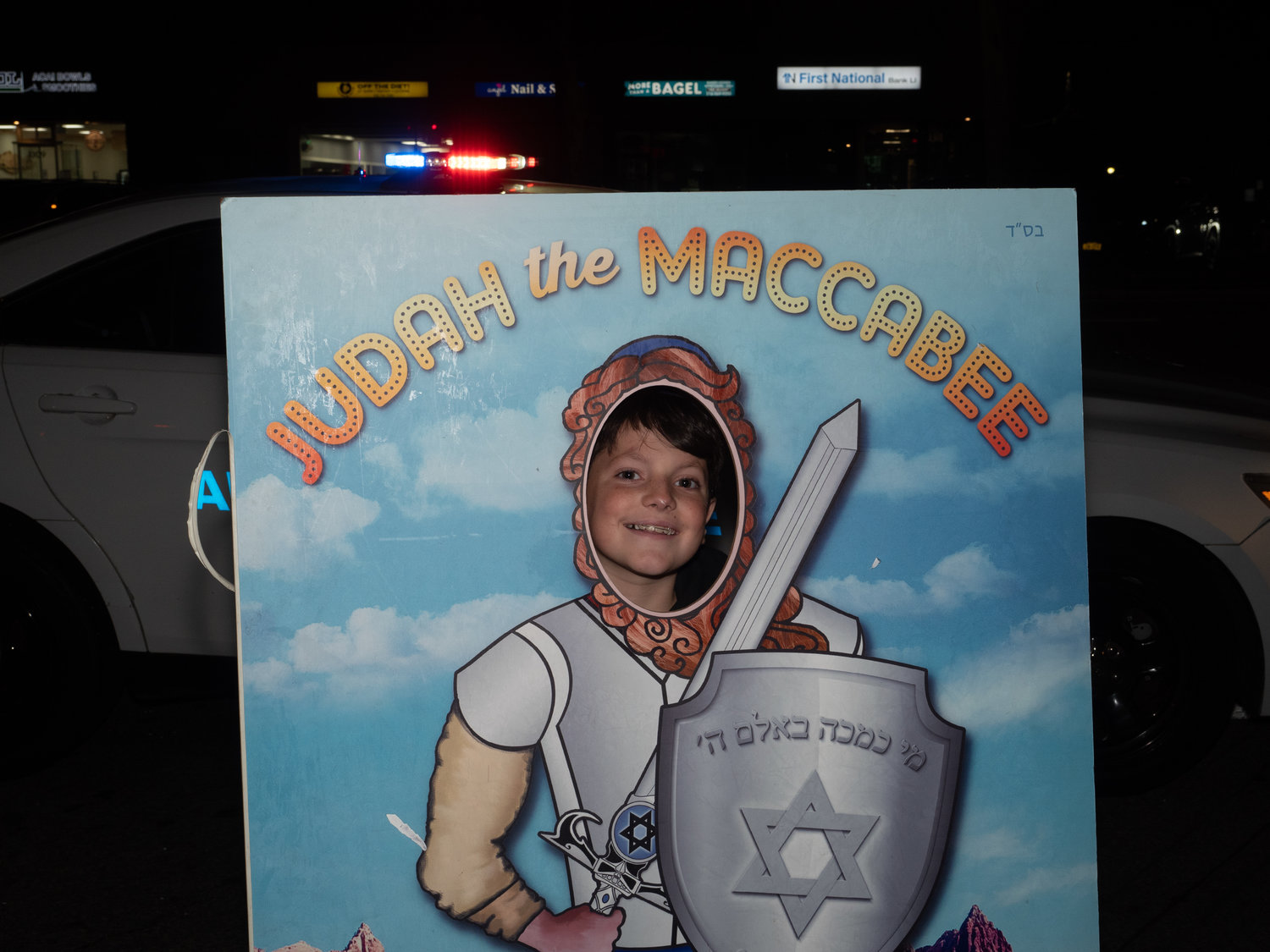 Alex Thayer, 9, got to imagine himself as Judah Maccabee, one of the heroes of what became known as Hanukkah.
Eric Dunetz/Herald
Previous Next
By Jeff Bessen

Gathered around the Veterans Memorial Triangle at the intersection of Broadway and West Broadway in Hewlett for the annual Hewlett-Woodmere Business Association menorah lighting on Sunday, the first night of the eight-day Jewish holiday of Hanukkah.

Also known as the Festival of Lights, Hanukkah commemorates the recovery of Jerusalem and subsequent rededication of the Second Temple at the beginning of the Maccabean revolt against the Seleucid Empire in the 2nd century BCE.

There was hot chocolate and a gift sponsored by Sara Feldman and Rozana Zemlyansky of the V.I. Properties/Compass real estate office, also in Hewlett. Steve Bouskila lit the shamash candle and Jonathan Nus lit the first candle, and there was a huge crowd blessed by Rabbi Nochem Tenenboim of the Chabad of Hewlett.