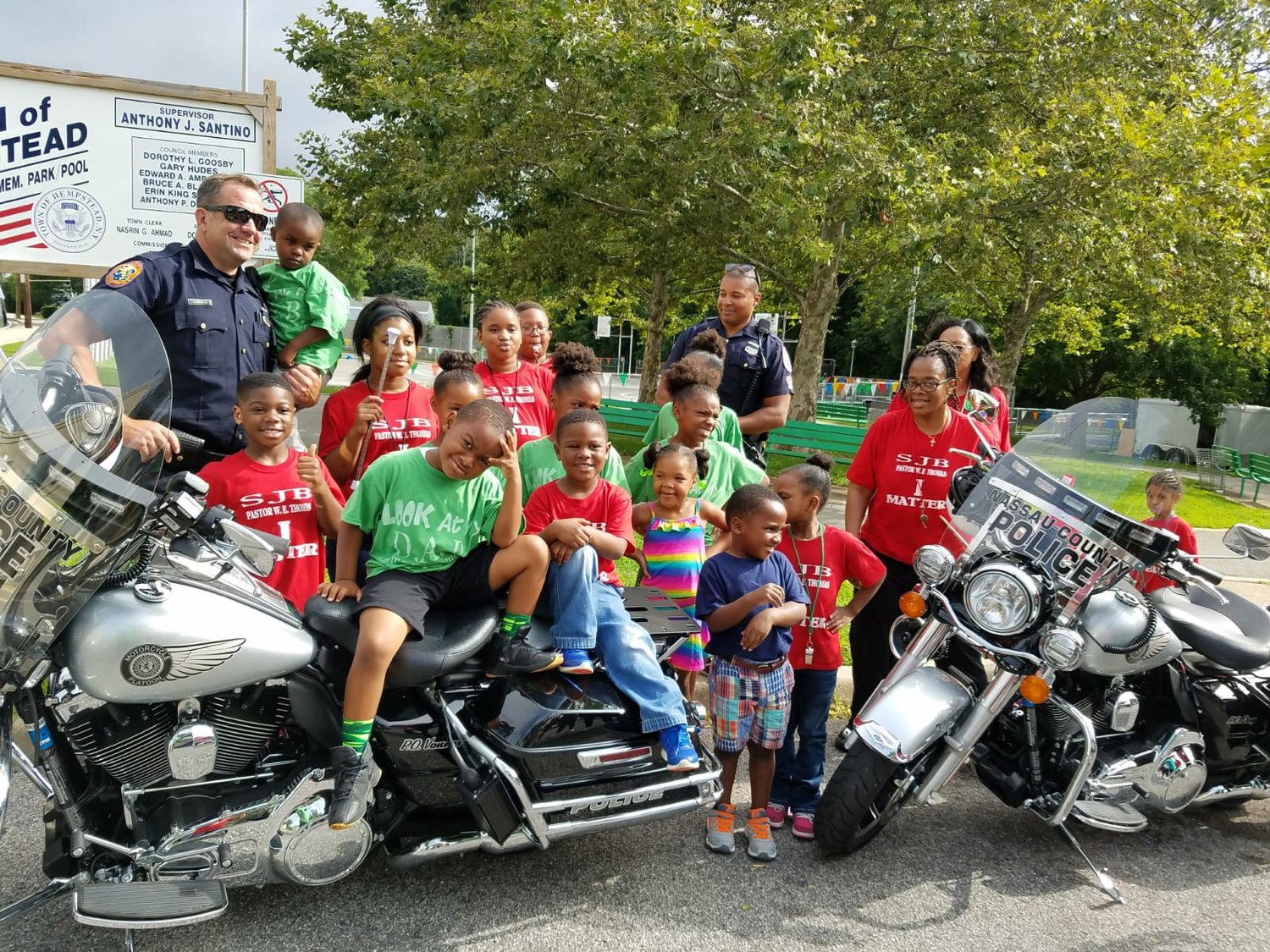 Two officers of the Lakeview Police Department with their motorcycles and community members at the 2021 Lakeview Day.
Courtesy Sheila Thomas 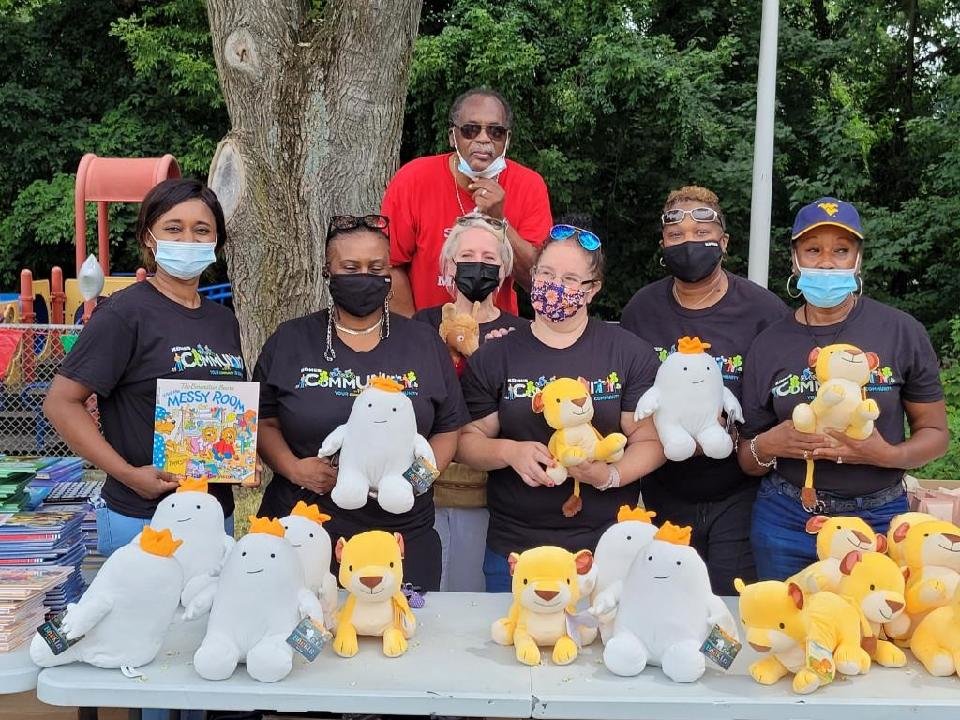 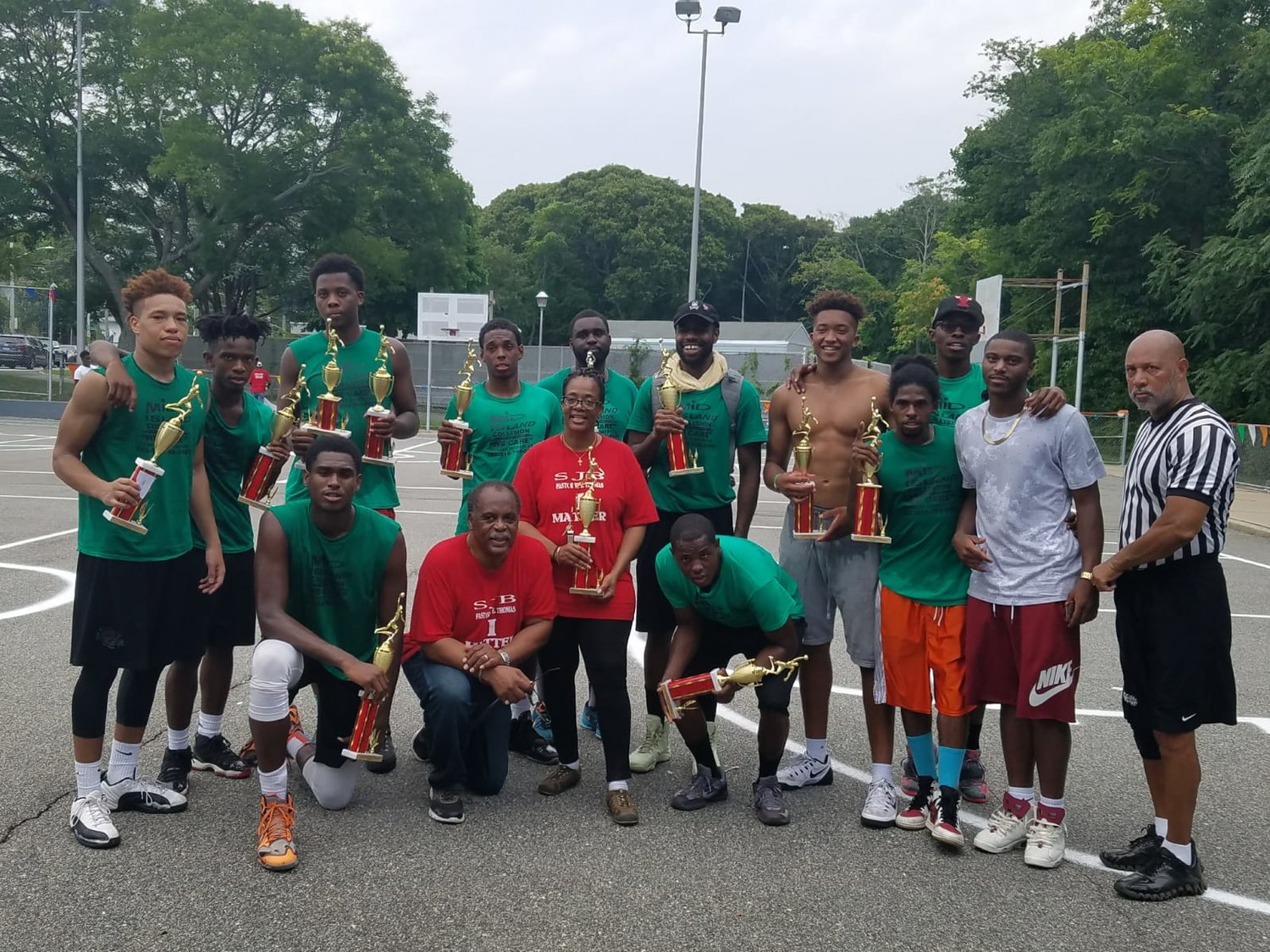 For more than two decades, Lakeview Day has been a summer event the community circles on the calendar every August. Taking place on Aug. 6 this year, the event aims to bring the entire community together, with activities for young and old, including a top-billed basketball game.

The Rev. Sheila Thomas of the St. Johns Baptist Church in Lakeview has been coordinating the event since the beginning nearly 25 years ago. Her vision has been “to encourage participation,” inviting “people from all walks of life” to get involved. “The oldest basketball player we’ve had at the tournament was 40,” she said.

The basketball tournament, held annually at the Harold Walker Park at 10 a.m., includes players that range in age from junior high school to beyond college.

Lakeview Day also features face painting, as well as a double dutch competition, some music groups, arts and crafts, a talent show and a DJ. Some of these events will be held in St. Johns Church, which serves as a space where tweens and teens can feel welcomed, but also where the elderly can, too, according to Thomas.

“The fire and police departments are there, and so is the hospital,” Thomas said. “Hospital workers are there to help take people’s blood pressure” and to show the commitment the St. Johns Baptist Church makes to every one of the members of the community, she added.

Thomas also has coordinated with many companies who are willing to help fund the event, such as Coca-Cola and Kohl’s. “Connections made with the community are important so that everyone can feel proud of their community,” she said. In an email, the reverend also said how “faithful year after year” the two companies have been to the annual celebration. In the past Kohl’s has “given out books and stuffed animals to the young people” and has “even done a story time with the young kids.”

On Aug. 5, a day before the event, a pep rally will be held at the church beginning at 7 p.m., and before the basketball tournament, a parade will make its way through Lakeview, starting at St. Johns Baptist Church at 7:30 a.m. The entire community is encouraged to watch the parade, the reverend said.

Taking part in the parade will be members of the Lakeview police and fire departments, along with members of local churches. In the past, students have played band instruments along the parade route. In addition, antique cars deck the parade route and are a major part of the attraction.

Rev. Thomas said Lakeview Day is not just for the residents of Lakeview, but a celebration encouraging people from all walks of life and churches to come together to have a great day.

“Why go to a Macy’s parade, when we have one just as grand here in our local community?” Thomas said.