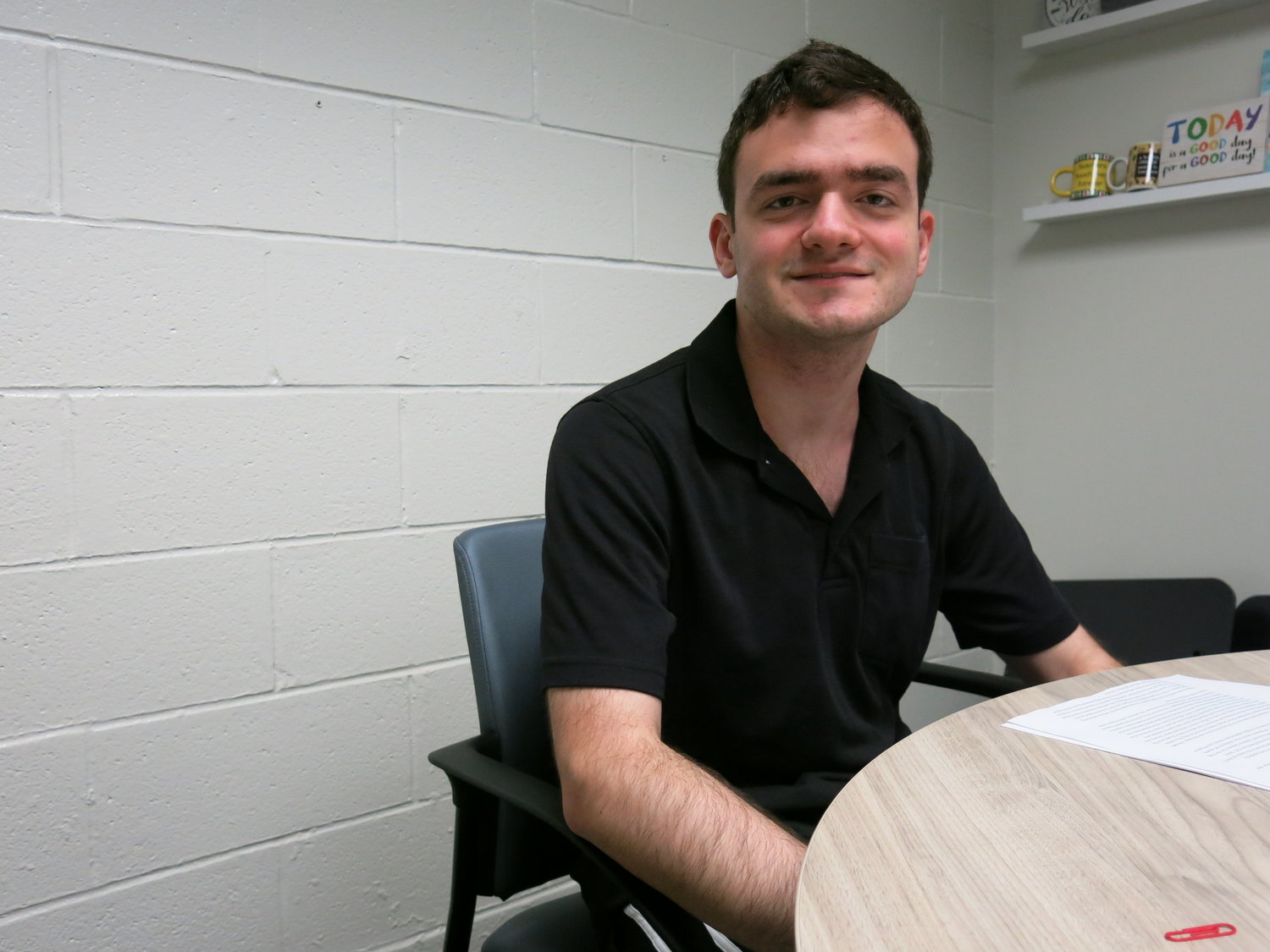 Kevin Biggiani, OBHS’s valedictorian, is graduating with an AP Research Capstone Diploma. He will attend Cornell in the fall.
Laura Lane/Herald
By Laura Lane

Kevin Biggiani is the sort of student who was always at the top of his class. So, being named the valedictorian for the Oyster Bay High School class of 2022 wasn’t surprising, but what others may not know is how hard he has always worked to achieve the honor.

He’s bright for sure, but it’s his study methods that he said has led him to academic success. Routinely, he would look online to find content relating to what he was studying. At khanacademy.com — a nonprofit offering personalized learning — he would take practice tests, complete lessons and watch videos to further understand what he was studying. Making flash cards helped him master vocabulary to internalize information. And his father, Michael Biggiani, helped him study, leading him to understand the information more readily, Kevin said.

“Going the extra mile to study is worth it in the long run,” said Kevin, 18. “And by taking AP classes I could place out in college so I can focus on what I want to do. It helps taking the AP classes in general because it can open doors for you and you will know more about what you want to do in life because you will be familiar with the world around you.”

A lifelong resident of Oyster Bay, Kevin is graduating with a weighted 112.91 average and plans to pursue a career in radiology. At Cornell University’s College of Agriculture and Life Sciences he will study biological sciences.

Michael said Kevin is more than smart. “He’s compassionate and witty,” Michael said. “It’s not all about studying for Kevin. He is good at relating to other people.”

He had considered being a surgeon, Kevin said, but decided that career path could be dangerous. “I care about human safety,” he explained. “I always liked science because I like having many different ways to solve problems and the many different fields that tie into each other.”

Kevin is also proficient at mathematics, leading him in 9th grade to join mathletes.

But Kevin is also passionate about journalism. He has enjoyed working on the school newspaper, The Harbour Voice, he said. This year he was its editor-in-chief.

“What I enjoyed about it was choosing any topic and collaborating with others in the club,” he said. “It’s interesting to see a paper come together.”

Kevin is also an accomplished musician. He has been playing the trombone since elementary school and practices every day for at least an hour. He enjoys music, he said, because it is a universal language. “I love playing the trombone and connecting with people,” he said. “It brings me great joy.”

Michael, who is also a trombone player, helped his son with his lessons. Music helped them to bond, Michael said.

Tennis has been a big part of Kevin’s life. He began playing when he was four with the help from his father, who also played. Kevin has been on the district’s varsity tennis team for eight years and this year was the co-captain.

“I like being able to push myself and tennis gave me a challenge,” he explained. “I’m naturally good at it and I have a good record. I played first singles.”

He was chosen to work at the Cold Spring Harbor Laboratories’ Partner for the Future program, which offers an opportunity for students to have hands-on experience in biomedical research.

Kevin Biggiani will graduate with an AP Research Capstone Diploma, which requires a score of three or higher in AP courses. He received a four or five on all of his AP courses.

In addition to his son’s academic aptitude, Michael is proud that Kevin is a leader, and that he is committed to helping others. “He wants to see other people do better,” said Michael, adding that he tutored his classmates. “He always shares his knowledge with others. In school he is always there for whatever they need. It’s never just about him.”