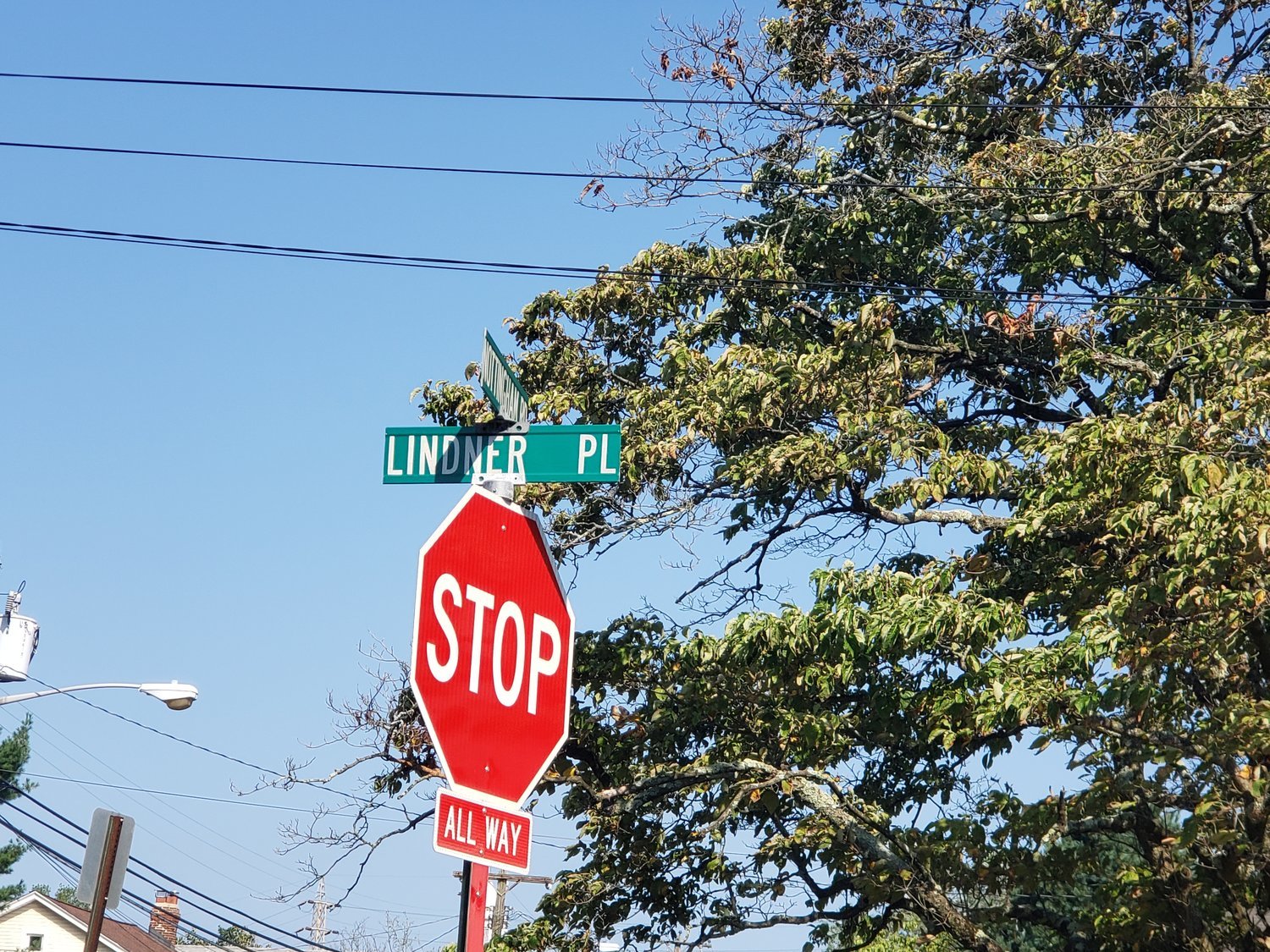 Since 2020, many Malverne residents have called for renaming Lindner Place, which is named after Paul Lindner, a high-ranking figure in the New York state Ku Klux Klan in the 1920s and a founding figure in the village.
Nakeem Grant/Herald 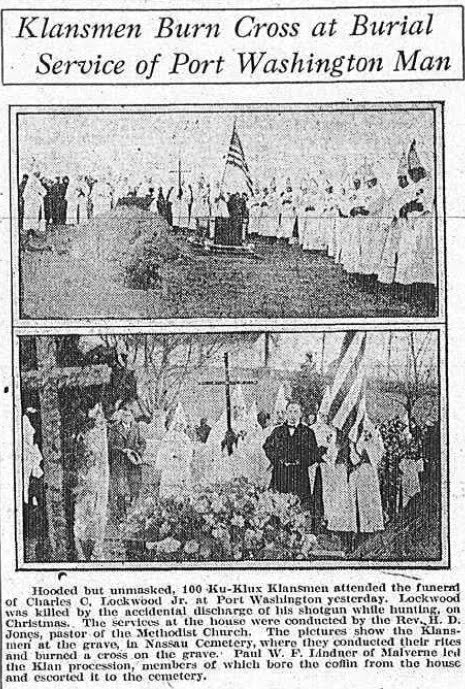 A New York Times article from 1924 identified Lindner as the leader of a procession of Klan members at a funeral.
Courtesy West Hempstead Now and Then 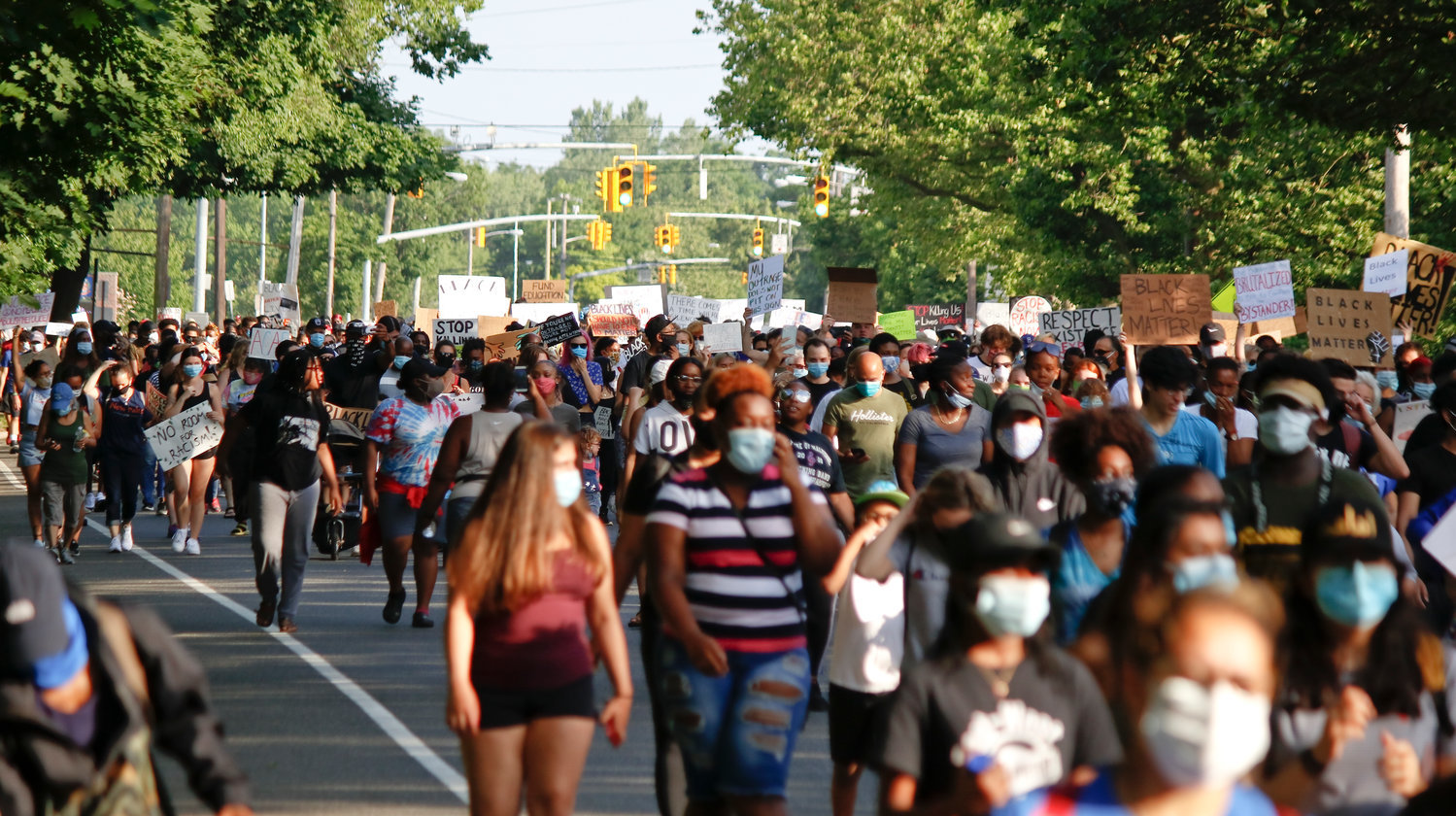 Malverne and Lakeview residents joined nationwide protests in the summer of 2020 following the police killing of George Floyd in Minneapolis, and soon began calling for changing the name of Lindner Place.
Christina Daly/Herald
Previous Next
Who was Paul Lindner?

•Lindner, born in 1877 to German immigrants, was a major figure in early Malverne history and a leader of the Ku Klux Klan in Nassau County and New York state.

•He held the title Great Titan of the New York State Klan.

•His estate sat where Grace Lutheran Church is today. He ran a successful farm, and sold the majority of the land purchased by the Amsterdam Development Company that ultimately became the Village of Malverne.

•According to village Historian David Weinstein, Lindner was respected by the community despite his open connection to the KKK.

Nearly two years after community members created an online petition calling for the renaming of Lindner Place, a street in Malverne named after Paul Lindner, a major figure in the early history of the village and a prominent member of the Ku Klux Klan, residents of Malverne and Lakeview have begun voting on potential new names for the street.

As of last Sunday, the online petition calling for the name change had amassed over 5,600 signatures. Additionally, more than 130 people had proposed new names for the street on an online form created by a group called the Lindner Place Renaming Committee.

The debate over whether to rename the street was addressed at a Malverne village board meeting on Feb. 2, when a representative of the committee updated the board on the online proposals. Mayor Keith Corbett said he planned to work with village trustees and residents to resolve the debate. “We’re looking forward to working together to see this through,” Corbett said. “We just need honest brokers from both sides to have open communication and make sure we do what’s best for the residents in this village.”

The Renaming Committee, comprising 33 individuals and organizations, plans to draft a proposal and introduce it to the village board next month. In the meantime, voting on the top three to five potential new names, collected since Jan. 20, was set to begin on Wednesday.

Created by lifelong Malvernite T.J. Magno in July 2020, the petition calls for the street to be renamed Cherry Lane, after Elizabeth Carol Cherry, an educator in Malverne schools for over 30 years.

The debate over the street’s name began after the police killing of George Floyd in Minneapolis in May 2020 and the subsequent protests across the country, including in Malverne and Lakeview. The protests brought renewed focus on statues and streets named after those known to have held racist beliefs — or, in Lindner’s case, associated with white supremacist organizations.

Lindner was a leader of the Ku Klux Klan chapter in Nassau County and a prominent Klan figure in New York. Born to German immigrants in 1877, he played a large role in the village’s development. He ran a successful farm, and owned the land where Grace Lutheran Church is today. He sold most of the land, owning more than just his farmland, that was purchased by the Amsterdam Development Co. to create what would become the Village of Malverne.

He also served as president of the Malverne Bank from 1926 to 1931, becoming a respected figure in the community despite his open affiliation with the KKK. “People wanted him to run for what was the equivalent of mayor at the time,” Village Historian David Weinstein said in a previous Herald story. “He donated a lot to the village.”

In the KKK, Lindner held the title of Great Titan of the New York State Klan. A New York Times article published in Sept. 1924 identified him as the leader of a Klan procession at a funeral. He led Klan demonstrations and activities that attracted thousands of Long Islanders when the organization worked to spread fear among the populations it targeted, much like its southern counterparts.

While many community members support renaming Lindner Place, others have expressed concerns about taking this step. The June 2020 petition acknowledges that some residents fear “renaming would erase the contributions Lindner made to the community.”

“We are talking about renaming a street in the village of a known KKK clansman and grand knight,” Lori Lang, a resident and a real estate agent, said in a statement shared via email. “It was not named after him as an honor. He owned the original land. When looking at history, it is important to look at the facts of the case at hand and not bring other irrelevant facts into it or cloud our judgements with emotions or politics.”

Lang defended the intentions of those who support changing the street name. “The only motivation by … all those in support is to show our village doesn’t tolerate hate,” she said.

Lang added that a strong case for renaming the street includes what is nearby: “This street name is even more egregious because an elementary school sits on it — a school that educates kindergarten through 2nd graders each and every day,” she said of the Downing School. “Factual to note that not only does our early childhood school sit on this very block, a church and a library both sit on its corner.”

According to the petition, Lindner held an “unabashed role” in the Klan, acting as Exalted Cyclops, and “presided over cross burnings, led recruiting efforts, and organized a Klan march in Freeport that had over 2,000 supporters.”

“Moving forward from Lindner Place, a street named to honor the legacy of a KKK leader, would help Malverne, Lakeview, and students at Downing come together in the name of equality and justice,” Magno wrote in the petition.

For further information about how and when to vote on potential new names for the street, visit the “I Love Malverne” Facebook group.

Have an opinion on this issue (Feb. 10)? Send letters to rtraverso@liherald.com.