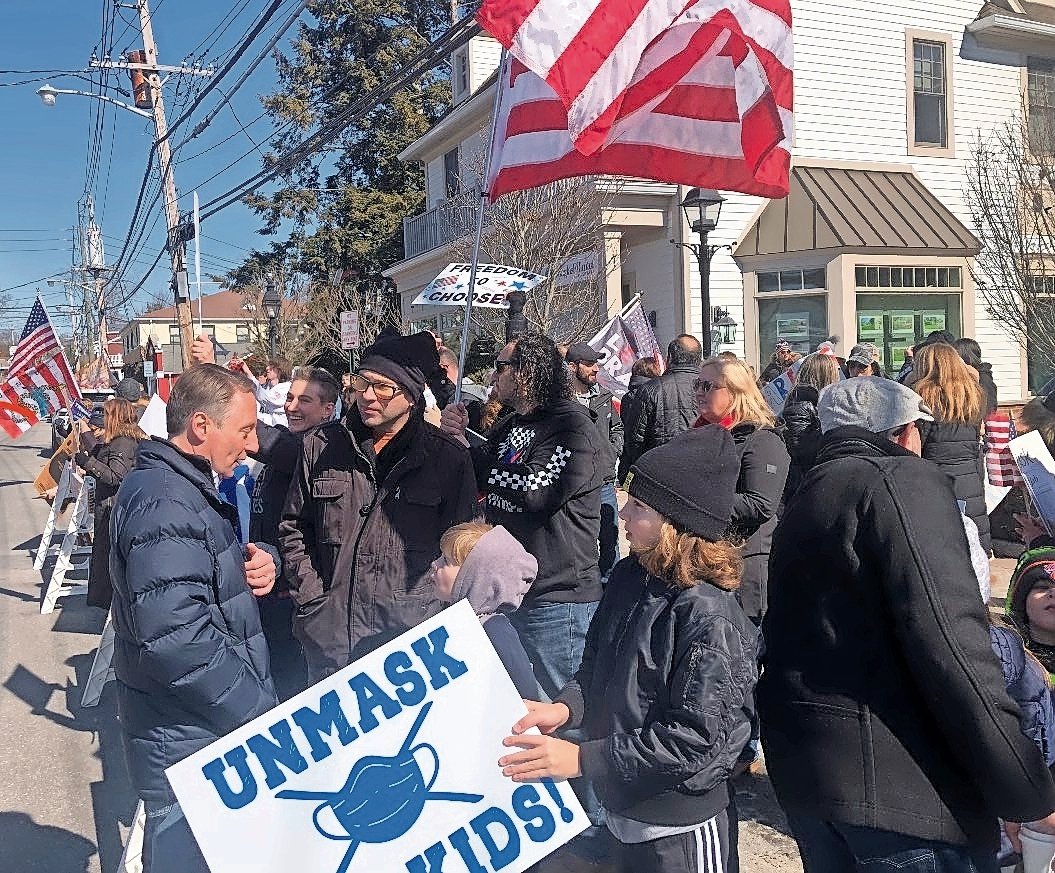 Westchester County Executive Rob Astorino is no stranger to statewide campaigns, coming within a half-million votes of toppling Andrew Cuomo back in 2014. But to have another chance at the executive mansion, Astorino first has to get through a crowded field of Republicans.
Courtesy the Rob Astorino gubernatorial campaign
Candidate Talk

There aren’t many people who can say they’ve come close to beating Andrew Cuomo — especially at the height of the former governor’s popularity. But Rob Astorino can.

Running with Chemung County Sheriff Chris Moss in 2014, Astorino challenged Cuomo, but fell short by a little more than 500,000 votes. So put him up against the current incumbent governor, Kathy Hochul, and the Westchester County executive believes he has a better chance than any other Republican on the June 28 primary ballot.

“We did not have the money at the end to compete,” Astorino told a team of reporters in the Herald Roundtable session. “We were outspent eight to one.”
And it didn’t help Astorino to not have the rest of the Republican Party behind him. There were reports after the election that Cuomo and state GOP leaders had hashed out a “non-aggression” pact ahead of the voting that essentially pushed Astorino aside.

Those particular Republicans are gone now — and Cuomo is, too, following a sexual harassment scandal that forced him to resign last year. Astorino sees Hochul as not much more than a placeholder, and if she wins the Democratic nomination next week, it might be a perfect chance for Republicans to return to the executive mansion.

Crime is something that really has Astorino’s attention, especially when visitors from outside the country make it clear they don’t want to go anywhere near New York City. Democrats, he says, have been too soft on crime.

“You know, maybe the original concept of bail reform was one that was worth having a discussion,” Astorino said. “I don’t want some nonviolent first offender to be rotting away in jail, or to have a record that he or she is not going to be able to overcome. However, when we have criminals who are career criminals and thugs and violent criminals, we’ve got to set the example.”

And even if Astorino takes over the state’s top job and finds himself facing a Democratic iron curtain, the gubernatorial hopeful says he’ll just push his agenda through the state budgeting process, where he would have significant power to create his own legislation beyond the Assembly and Senate.

Like the Metropolitan Transportation Authority, which runs a number of transit services, including the Long Island Rail Road. “The MTA is an absolute and utter mess,” Astorino said. “It is wasting money left and right. And nobody wants to say, ‘Well, let’s fix the problem first’ before we create all these new multi-billion-dollar projects and programs.”

Astorino is against congestion pricing in Manhattan’s Financial District, and says those extra fees won’t hit those with big wallets, but instead much smaller businesses.
Winning this race is going to require finding common ground in a political environment that’s quite polarized.

But Astorino believes he can do it. “We can appeal — and I have to appeal — to those who don’t ordinarily vote Republican,” he said. “There are a lot of reasonable things that we do that cross party lines. So, you know, I think definitely, come November, I’m the best candidate that could actually get elected.”