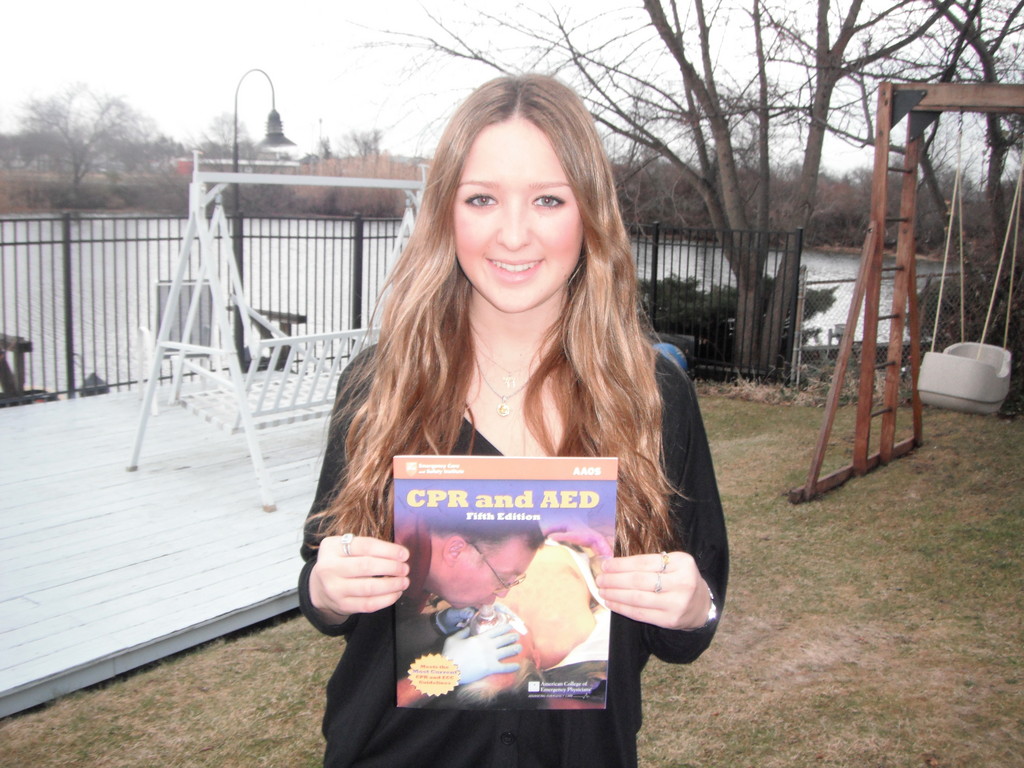 If Kennedy High School junior Kayla Babbush has her way, local teens will leave high school knowing how to save a life using cardiopulmonary resuscitation and an automated external defibrillator.

Babbush, of Merrick, has been involved with the Forever 9/Robbie Levine Foundation since day one. Robbie Levine, also of Merrick, died at age 9 when he suffered a sudden cardiac arrest after rounding the bases during a Little League practice in 2005. His father, Craig, administered CPR, but was unable to revive him. Craig and his wife, Jill, created the Robbie Levine Foundation to raise money to purchase AEDs for schools and youth sports groups across the country.

Babbush was 10 years old when her close friend died, and she immediately threw herself into the foundation. For the past five years, Babbush has chaired food distribution at Robbie’s Run — a five-kilometer race to raise funds for the foundation. As soon as she turned 14, Babbush, now 16, took her first CPR/AED class. It wasn’t long before she and Jill Levine came up with the idea of Teens for Life.

Teens for Life is an extension of the Robbie Levine Foundation, offering free CPR/AED classes for high school students after school. “I’ve always wanted to do something extra with the foundation, and it became most practical when I entered high school,” Babbush said.

The program started in the spring of 2010 at Kennedy and quickly expanded to Calhoun and Mepham. Through friends and word of mouth, Babbush and the Levines have held classes at Oceanside and Wantagh high schools, and St. Dominick’s in Oyster Bay. Babbush said she hopes the number of schools that request the free classes continues to grow. “We’re willing to donate the AEDs and the time and the trainers,” she said. “So I want more schools to become interested.”

Those enrolled in the classes will receive instruction from North Merrick Fire Commissioner Kevin O’Hara. The classes are under three hours, and all participants leave the training certified in CPR and AED.