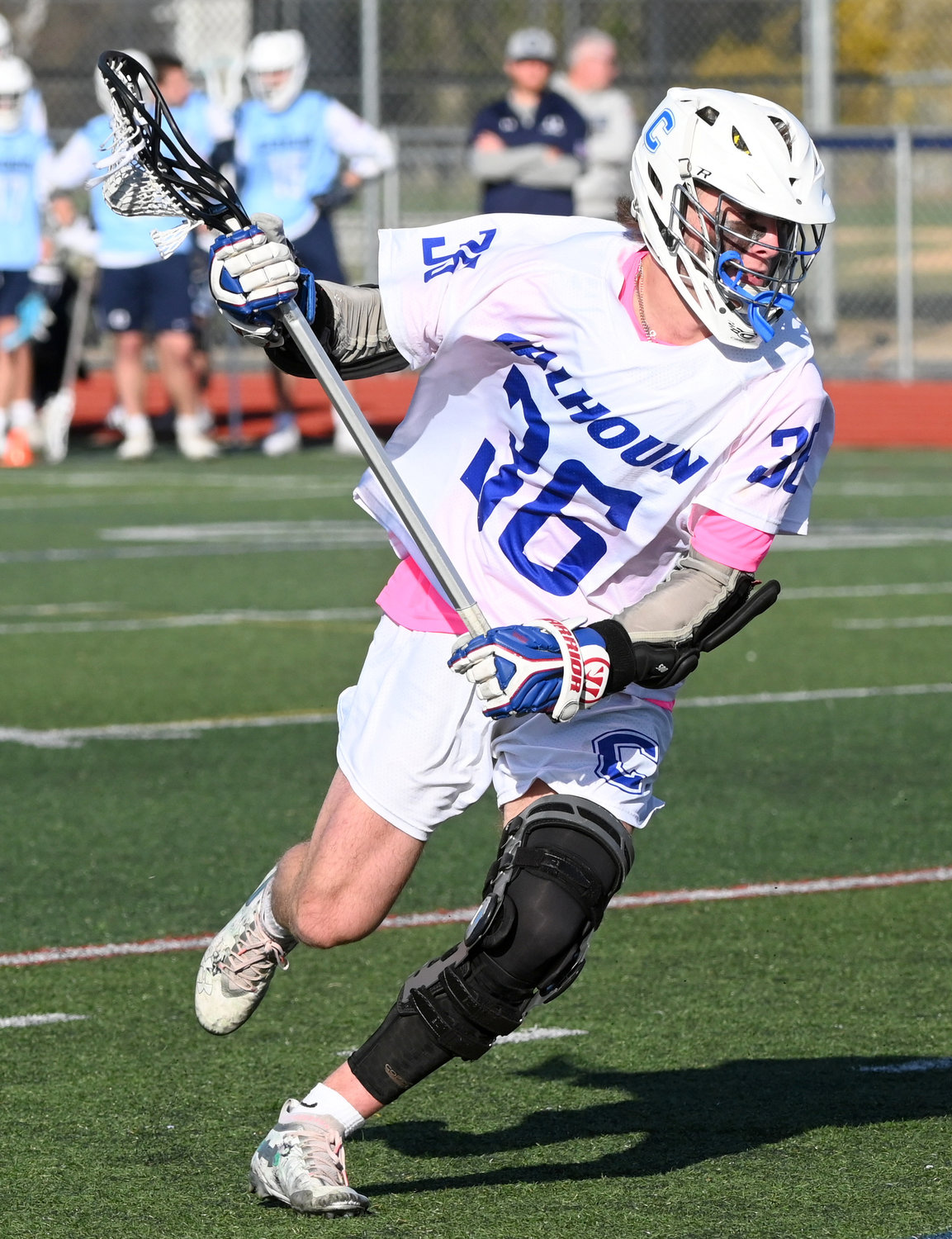 Calhoun boys’ lacrosse was tested early and often last Friday by visiting Carey, but a strong second half was enough to propel the Colts to an 11-8 victory.
In what was a tie game going into halftime, Calhoun coach Jim Femminella was impressed by how well his team was able to weather the storm and take control of the game in the second half by playing their brand of lacrosse.
“The difference maker was how came out in the second half,” Femminella said. “We executed our game plan to perfection in the third quarter. We feel like we are a gritty team, when there’s a groundball, we feel like it’s ours and that’s a big part of our program’s identity. “
There were plenty of standouts in what was Calhoun’s seventh consecutive victory. Senior Alex Vieni was the main initiator of the offense and with great success, as he had 6 goals and 1 assist on the afternoon. He now has 27 goals and 22 assists on the year. Juniors Jake Lewis and Jayden Finklestein also were central catalysts, with each registering 4 points. Lewis had 2 goals and 2 assists and Finklestein had 3 goals and an assist.
A lot of what the Colts did offensively was unlocked by senior fogo Johnny Lewis, who played a near perfect game He was 21 of 23 on draws, and responsible for a huge momentum swinging play in the third quarter, where he won a faceoff for a fast break and passed it to Jake Lewis and he scored from about 10 yards out to make the game 7-5.


The defense had its handful in what was a clearly potent Carey attacking unit, but stepped up to the job admirably. Junior Kyle Auty who plays defensive midfield did a great job in both 1 on 1 defense and in the clearing game. Sophomore Xander Megias stepped up to the challenge presented to him, as according to Femminella “he had a tough assignment marking one of their top guys and he did a great job on him.” Junior goalie Shardul Singh also did his part, as he had 9 saves for the Colts.
The Colts (8-4 overall) are looking to carry this momentum into the three remaining regular-season games and into the Nassau Class B playoffs.
Calhoun is guaranteed a spot in the playoffs, but the remaining games will determine whether the Colts obtain home field advantage or not, as they will need a top-4 seed to achieve this. If they keep playing up to the level they have been in recent weeks, Femminella said he’s confident good things will come.
“Even though its cliché, we just have to keep doing what we are doing,” Femminella said. “It’s working as evidenced by our seven-game win streak, so we have to keep playing what we consider to be Calhoun lacrosse, which is to pick up ground balls, to ride hard, and to be unselfish offensively.”