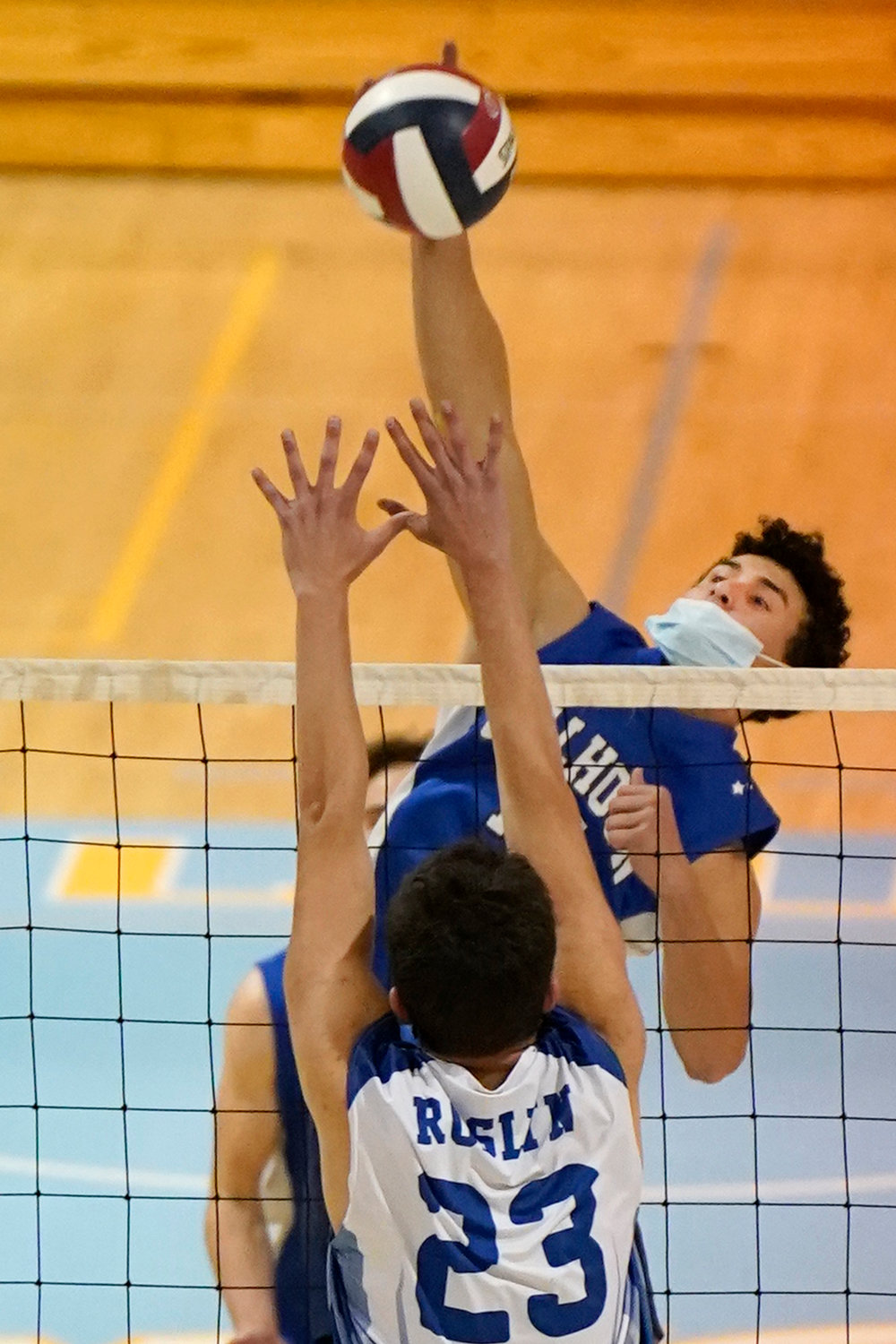 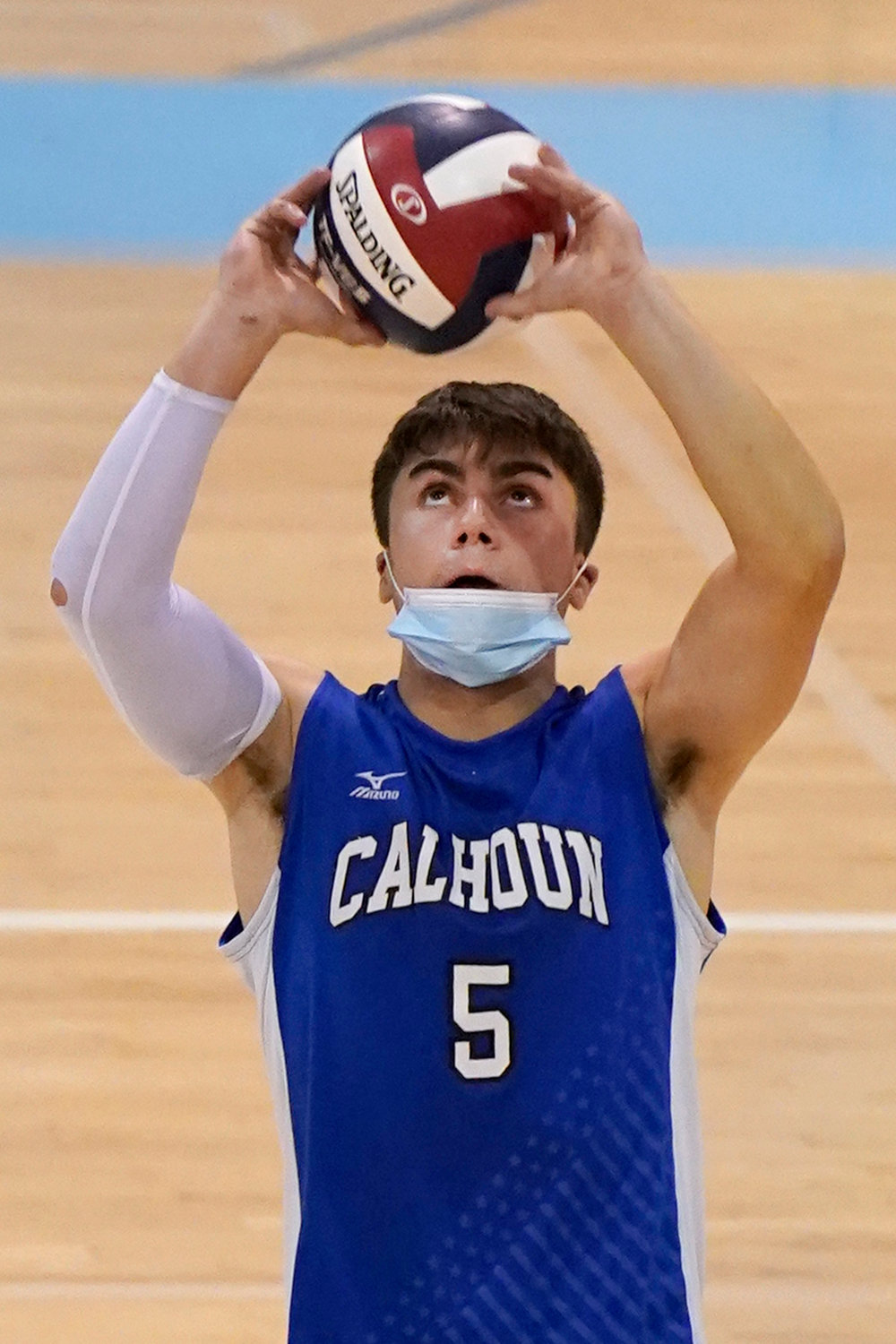 Scoring the last five points of the fourth set to stay alive and even up the Nassau Division II boys’ volleyball championship match gave Calhoun all the momentum against Roslyn.
However, the Colts were unable to complete the comeback and win their second county title in six months. Second-seeded Roslyn prevailed, 16-25, 26-24, 25-19, 24-26, 15-8 before a spirited crowd for both sides at the Pratt Recreation Center on the campus of LIU-Post on Nov. 9.
“It wasn’t the outcome we wanted, but it was a great experience for a young team and hopefully we’ll be back in the finals again next year,” Calhoun coach Ryan Pastuch said. “We proved we can still compete for a county title even after losing two great players from last season.
“We had too many ups and downs and Roslyn played well,” he added. “We came out hot and with a lot of energy. But there were some moments when we went flat.”
Pastuch said he felt the second set was pivotal when the Colts bolted to a 19-13 lead but couldn’t finish for a two-set cushion. Calhoun rolled in the opening set behind a 10-point service run, including two aces, by junior Ryan Pucella. Junior Tommy Bello led the offense.


“The second set was important,” Pastuch said.
The Bulldogs, who split regular-season matchups with the Colts, pulled away late to take the third set and raced to a 13-6 lead to start the fourth and appeared on the verge of locking down the title.
Calhoun (11-5) slowly chipped away at the deficit behind some key points from Bello, seniors Brian Chin and Christopher Zaveckas, and junior Matthew Kalfas. Down 24-21 and one point from elimination, the Colts rose to the occasion under pressure and forced a decisive fifth set with five straight intense points.
“The kids really dug deep,” Pastuch said. “We just weren’t able to keep it going.”
Roslyn never trailed in the fifth set, which required 15 points compared the usual 25. The Bulldogs advanced to meet Eastport-South Manor for the Long Island Division II title.