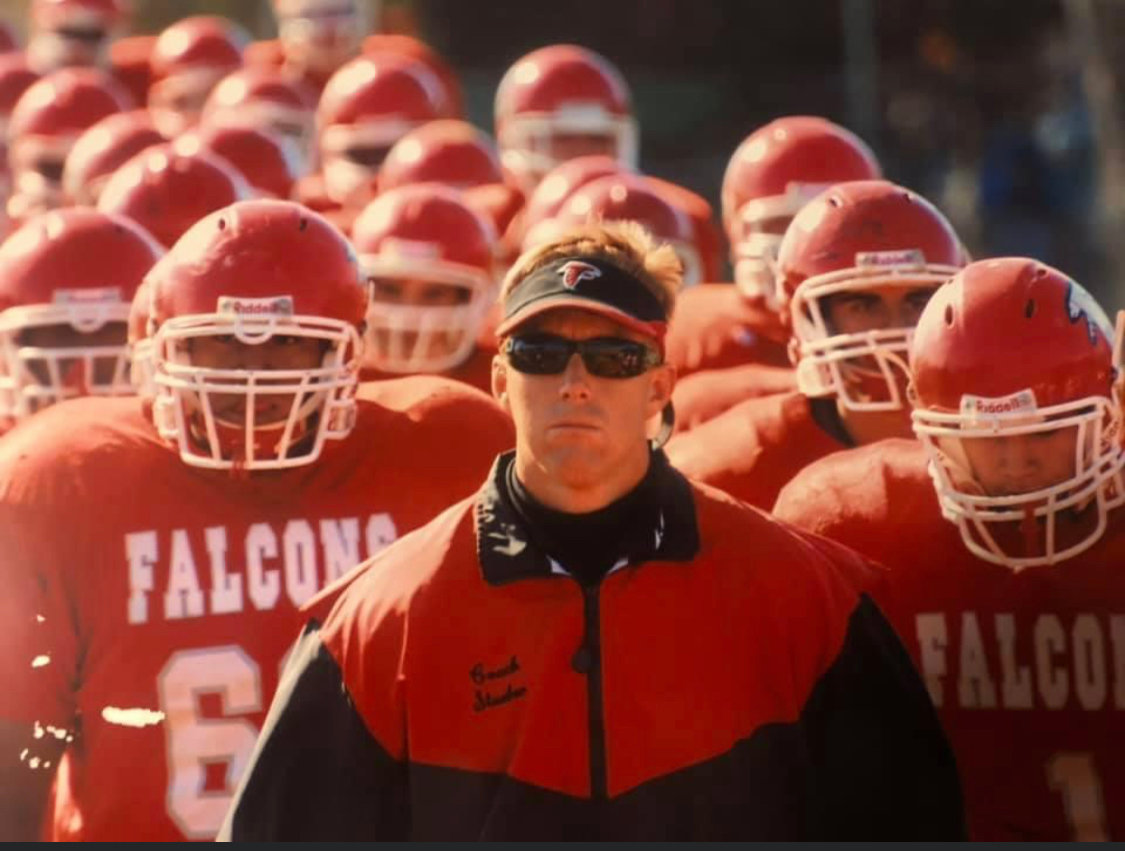 Scott Stueber will move on from his five-year position as the athletic director at Valley Stream to take on a similar role with the Syosset Central School District.
Courtesy Scott Stueber
By Juan Lasso

His career in Valley Stream athletics and physical education spans nearly three decades. He’s worn many hats during that time — from a rip-roaring football coach on the field, or in his more recent years as a forward-thinking district athletics director.

Scott Stueber has been nothing short of a gamechanger for Valley Stream sports and fitness. But this year, his storied run in the district comes to an end as he moves to a new athletic director role with the Syosset Central School District at the end of the month.

Stueber began his career as a junior varsity football assistant coach at Valley Stream South in 1995. He quickly became an integral member of the coaching and health education teaching staff, mentoring dozens of young athletes in football, wrestling, and volleyball — all with what his colleagues and his athletes described as a contagious, fiery passion.

“As a defensive football coach, kids loved to play for him because they saw his passion, ” said Valley Stream South varsity football coach Joe Guastafeste. “They knew it wasn’t an act, so they loved playing for him.”

Bryant Amitrano, who graduated from South High School in 2006, had Stueber as a “hands-on” junior varsity coach.

“During football practice, he would get in your face and play football against you with no pads,” Amitrano said. “He would run drills full speed, with no pads, to improve our defense and make everyone better.”

Stueber was fiercely dedicated to his coaching role while juggling an even more-important responsibility: father of then two young boys.

“He was always there for us,” Amitrano said. “He’d spend late nights reviewing the filmed football plays and practice with us every day.”

But beyond the energy he injected into the game, Stueber also placed a tall premium on proper sportsmanship and developing upstanding character. Coach Stueber would huddle his athletes together to deliver important life lessons, Amitrano recalled, urging them to take responsibility for one another.

“When the kids saw Coach Stueber give 110 percent effort, they knew they had to give 110 percent,” Guastafeste said. “They fed off his energy and his example. And as an athletic director, he was pretty successful in hiring strong coaches because he’s always been a great judge of character.”

As the starting quarterback in South varsity football, Amitrano remembers getting “sacked” by the then-defending Wantagh champions early in the season, breaking his collarbone in the process.

Yet, despite that injury, “I was at every single practice,” Amitrano said. “And I remember Coach Stueber recognized me for it and said I was a leader.”

That praise stuck with Amitrano, who became an educator himself. He’s now a school administrator at a Massachusetts elementary school.

Stueber took off his coaching cap in 2017 to become Valley Stream’s athletics director. He inherited a program that, while not lacking in talented and competent staff, lagged behind many of the other districts in terms of facilities and types of equipment.

But that soon changed under his leadership.

“The district has come forward light years since he took over,” said Tom Schiavo, the Central building athletics director, who worked alongside Stueber since 1995. “We were really far behind. Our facilities were lacking in every way: in athletics, in health, and he brought us to a very good spot with our facilities.”

In 2019, North, South, and Memorial Junior high schools were outfitted with new artificial-turf fields, a project that cost $8 million, but ultimately offered what officials described as a safer and enhanced athletic space.

“Lance Griffin, who was the head football coach at South since 1984, would welcome other visiting teams and literally say to them: ‘Welcome to Valley Stream South: the worst field in Nassau County,’” Guastafeste said. “I mean now everybody comes to our turf and can’t stop complimenting on how beautiful the complexes are.”

Stueber also renovated the schools with new gym floors, redid three new wrestling rooms, made partial or complete renovations to the weight rooms, and added new uniforms and logos. But beyond sports, Stueber helped to update the physical education curriculum to include a variety of non-sports-related activities to get students motivated to be active — from Zumba to step-aerobics.

“Scott’s not only been a great boss of former colleagues, but he’s also been a very loyal friend to many people throughout his time in the district — and a tremendous family man,” Schiavo said. “There’s going to be a void when he leaves — personally and professionally. I just want him to do great things when he goes to Syosset.”

“I’m grateful to have had the opportunity to serve the community of Valley Stream,” Stueber said. “Over half my life has been spent working in Valley Stream, and I will always cherish the times that I’ve had and the relationships I’ve built.

“And I wouldn’t be the person that I am today without the opportunity that Valley Stream has given me.”

Have an opinion about this article? Send an email to jlasso@liherald.com.