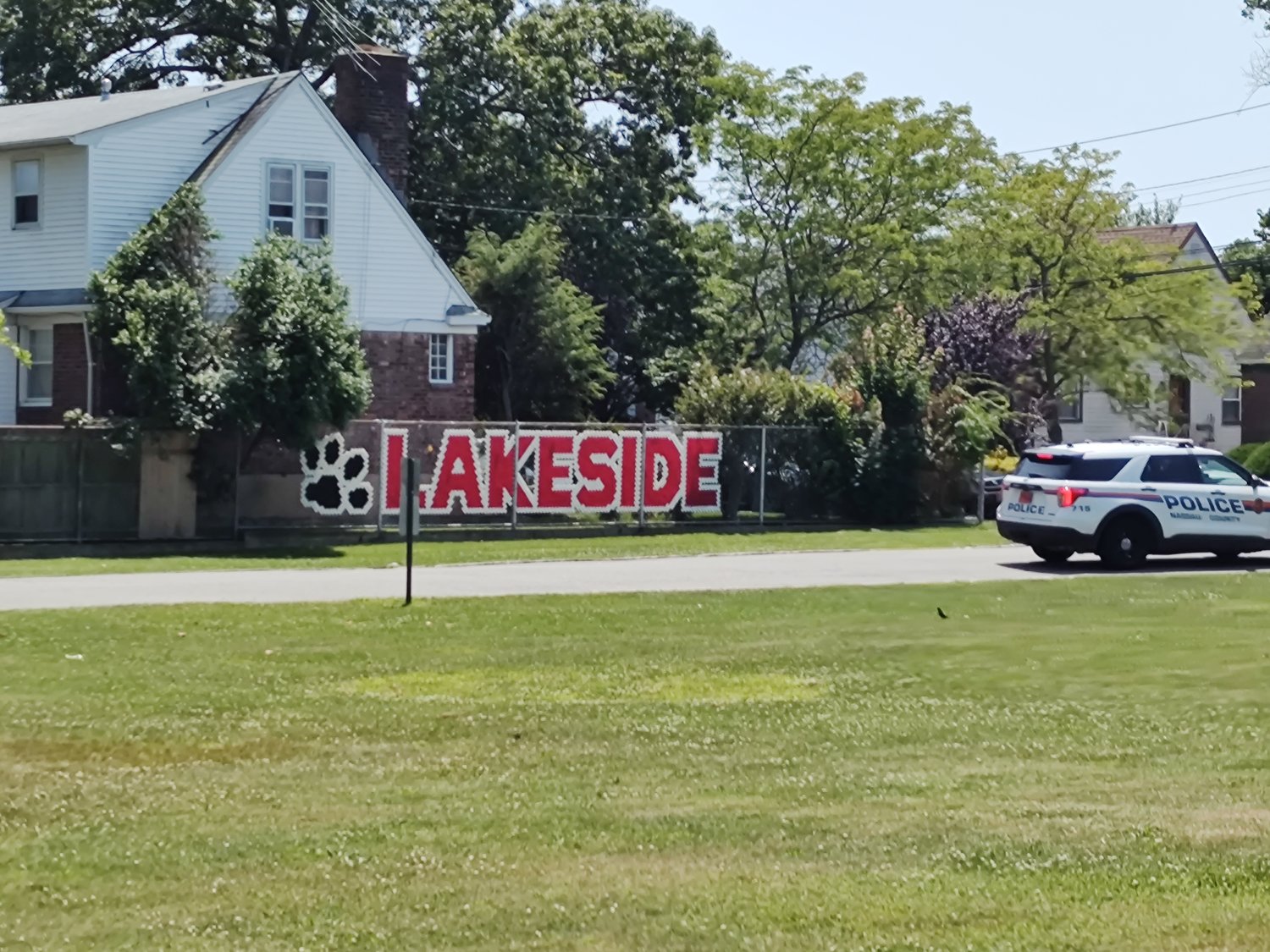 Explosive making devices were found outside of Levy Lakeside School in Merrick on June 24.
Courtesy John Scalesi
By Jordan Vallone

According to the Nassau County Police Department, police responded to a call for a suspicious item in the rear of Lakeside School around 9:30 a.m. on Friday. Officers identified multiple bottles containing explosive making materials, one of which contained BB's. These items were tested, made safe and then transported off school grounds. Police conducted a further investigation of the surrounding area with negative results.

The NCPD intensified patrols throughout all areas of concern within Nassau County in response to the incident. The investigation remains ongoing.

On June 25, Nassau County Legislator Steve Rhoads, who represents the 19th District which encompasses parts of Merrick, wrote on Facebook that the "Nassau County Police Department did an incredible job securing the scene and responded within minutes."

Rhoads thanked everyone who acted fast to ensure that no one was harmed.

"The initial discovery," he wrote, "was made by a parent who did the right thing."

Anyone with information regarding the incident is instructed to contact Nassau County Crime Stoppers at 1-800-244-TIPS.