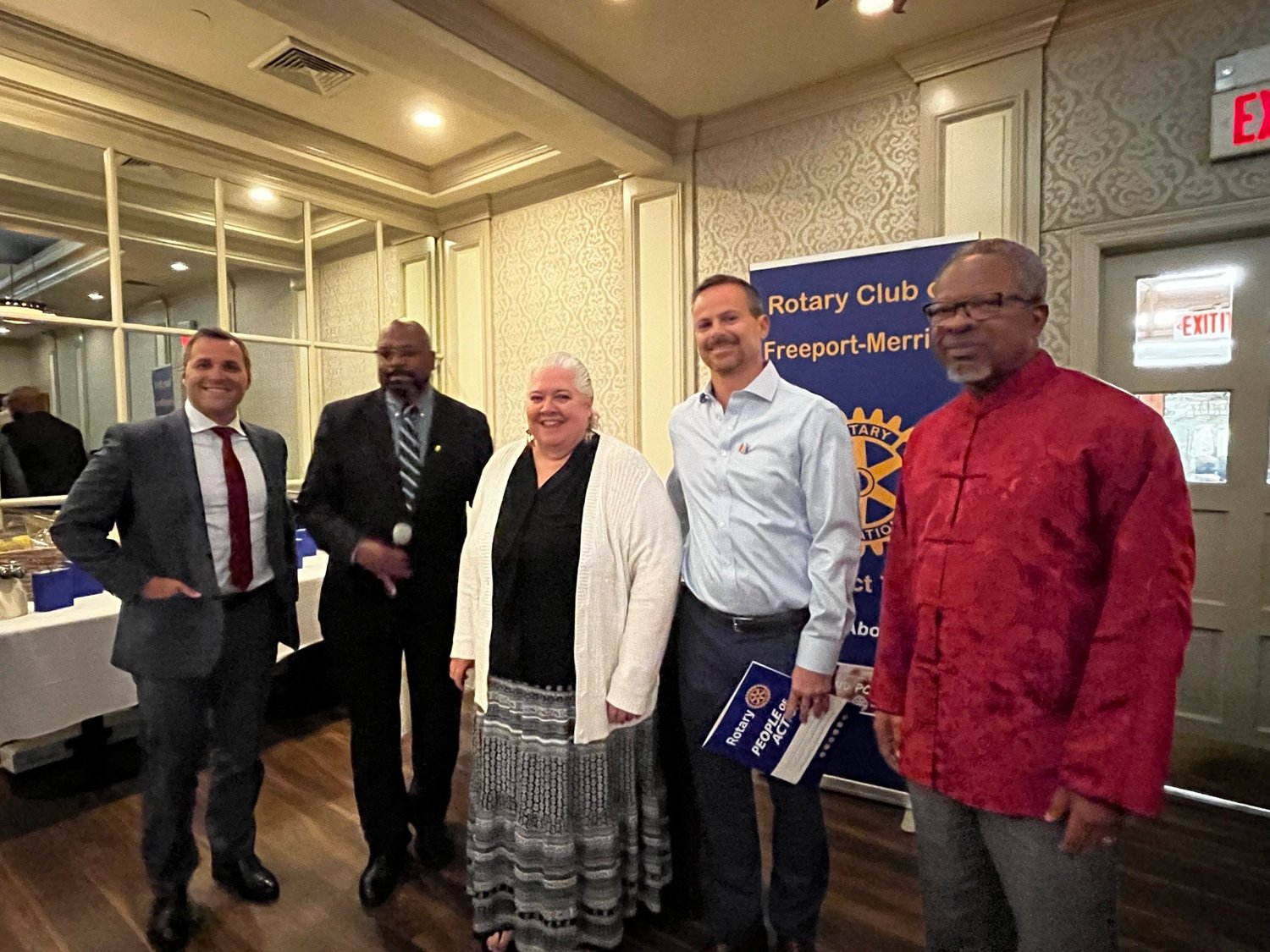 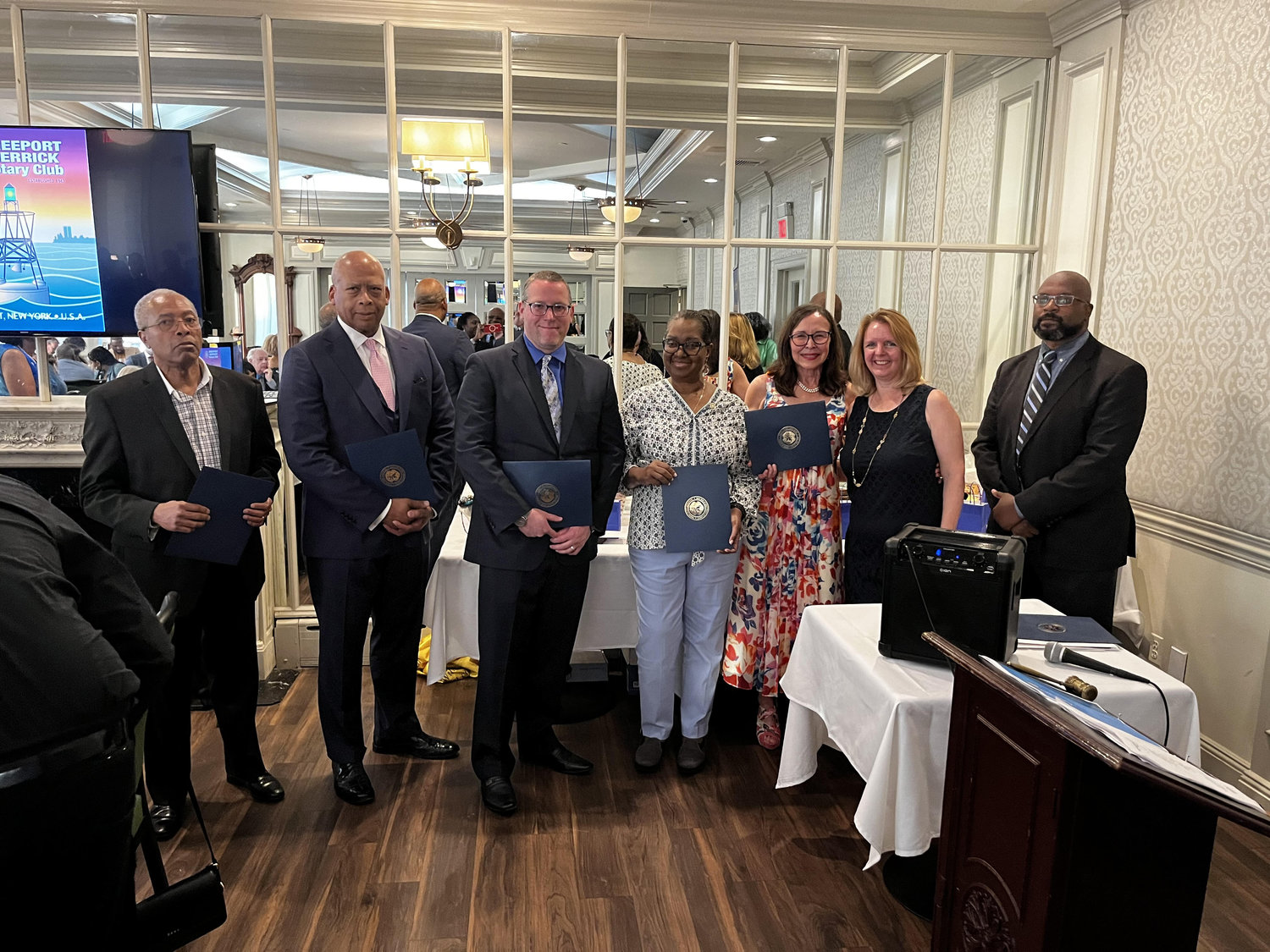 The Freeport-Merrick Rotary Club, a nonprofit that is involved in service projects in local communities, across the nation and around the world, celebrated its installation dinner on June 30, and its new officers and members said they were excited to get to work.

Matthew Kryder, of Merrick, was inducted as part of the Public Image Committee. “I got involved because I’m a resident of Merrick, and I like also that Merrick and Freeport are tied together,” he said. “I feel like there’s this community next door to us that I don’t have much interaction with, and I saw it as an opportunity to broaden my network and make an evident impact on the local community.”

Kryder said he was looking forward to using his background in public relations to help in any way he could. “I want to get involved with a real focus on the local community,” he said. “There are things we’re doing in Haiti, in Cambodia, and I’m not going to be flying around saving the world just yet, but I want to focus on local. … We have a lot of members that are in Freeport, and there’s a need to do more in Merrick. So I’m going to look to see where the needs are here.”

Some of the club’s past and ongoing work focuses on Haiti. After the country’s president, Jovenel Moise, was assassinated last July, Haiti was struck by a powerful earthquake in August that resulted in more than 2,000 deaths and widespread destruction. The local Rotary connects with organizations in Haiti to provide aid and services.

Its Paul Harris Fellowship Award, named after the founder of the club that became Rotary, is given to someone who has gone above and beyond in his or her community.

This year the award was presented to Officer Bob Ford of the Freeport Police Department, who mentors local children and is very involved in the community.

The award has also gone to two members who are now newly installed officers, Freeport resident and Treasurer Marie Charles, and Queens resident and Co-president DeRosette Harrison. The Freeport-Merrick Rotary also has a satellite club in Queens.

Immediate Past President Marc Rigueur spoke of the impact that Rotary has, and why he got involved. “I very much liked and related to everybody that was there,” Rigueur said.  “Like-minded people that just want to do good in whatever way they can for the community. I liked what Rotary stood for and wanted to be involved in it.”

Margulis joined the club in 2018. After going on a mission trip to Cambodia as part of a water sanitation and hygiene program, she was encouraged to join by a friend.

“Our reach is not only local, but it’s also international,” Margulis said. “Rotary is about ‘service above self’ and people of action. Rotary is not only about having ourselves involved as Rotarians, but getting our families involved. So you can even bring the next generation in, and do more projects within our community, both in Freeport and in Merrick.”