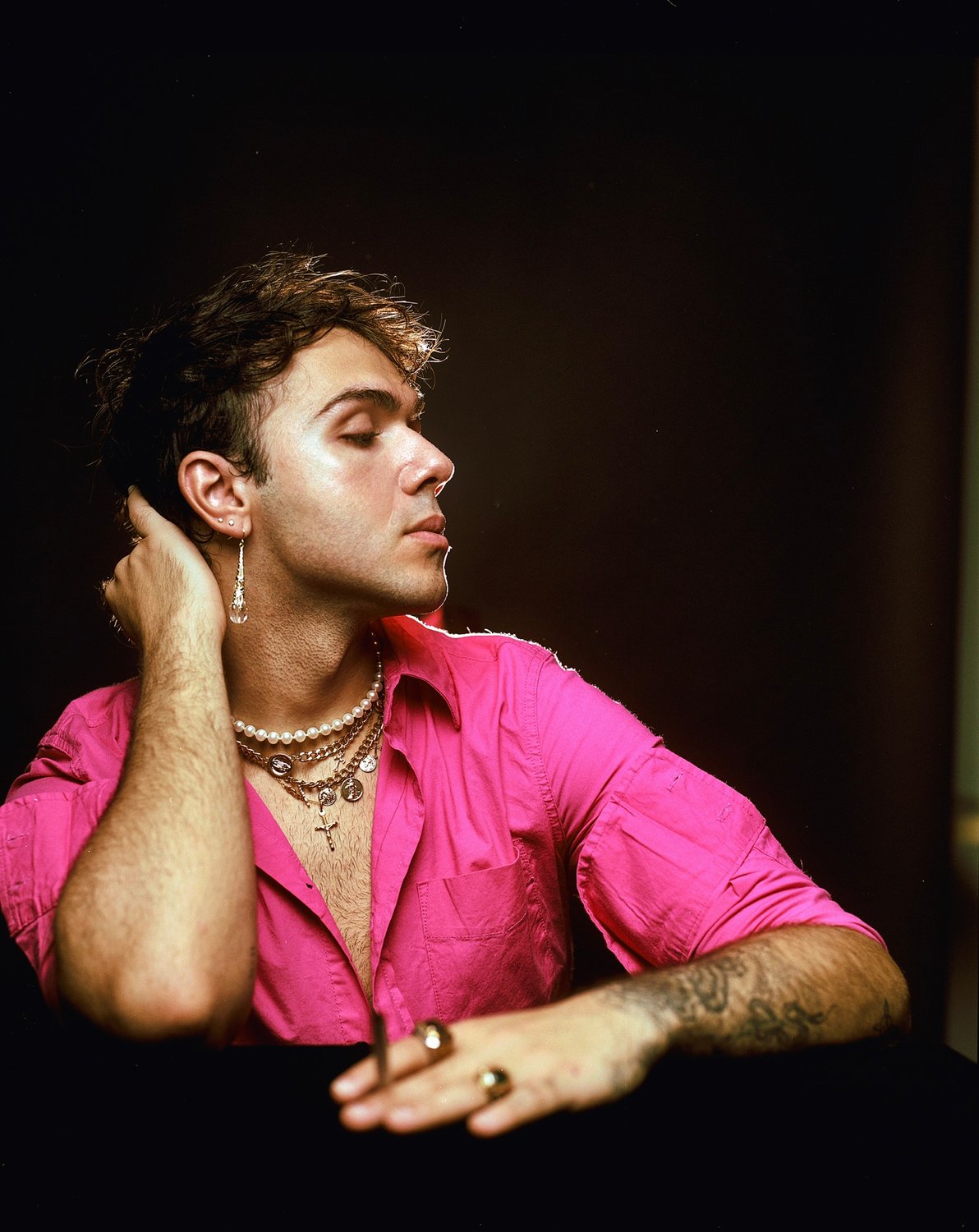 Matty Marz is a Merrick native who attended John F. Kennedy High School in Bellmore. He now lives in Los Angeles, where he is part of a unique music production program, the Los Angeles Academy for Artists and Music Production.
Courtesy Matty Marz 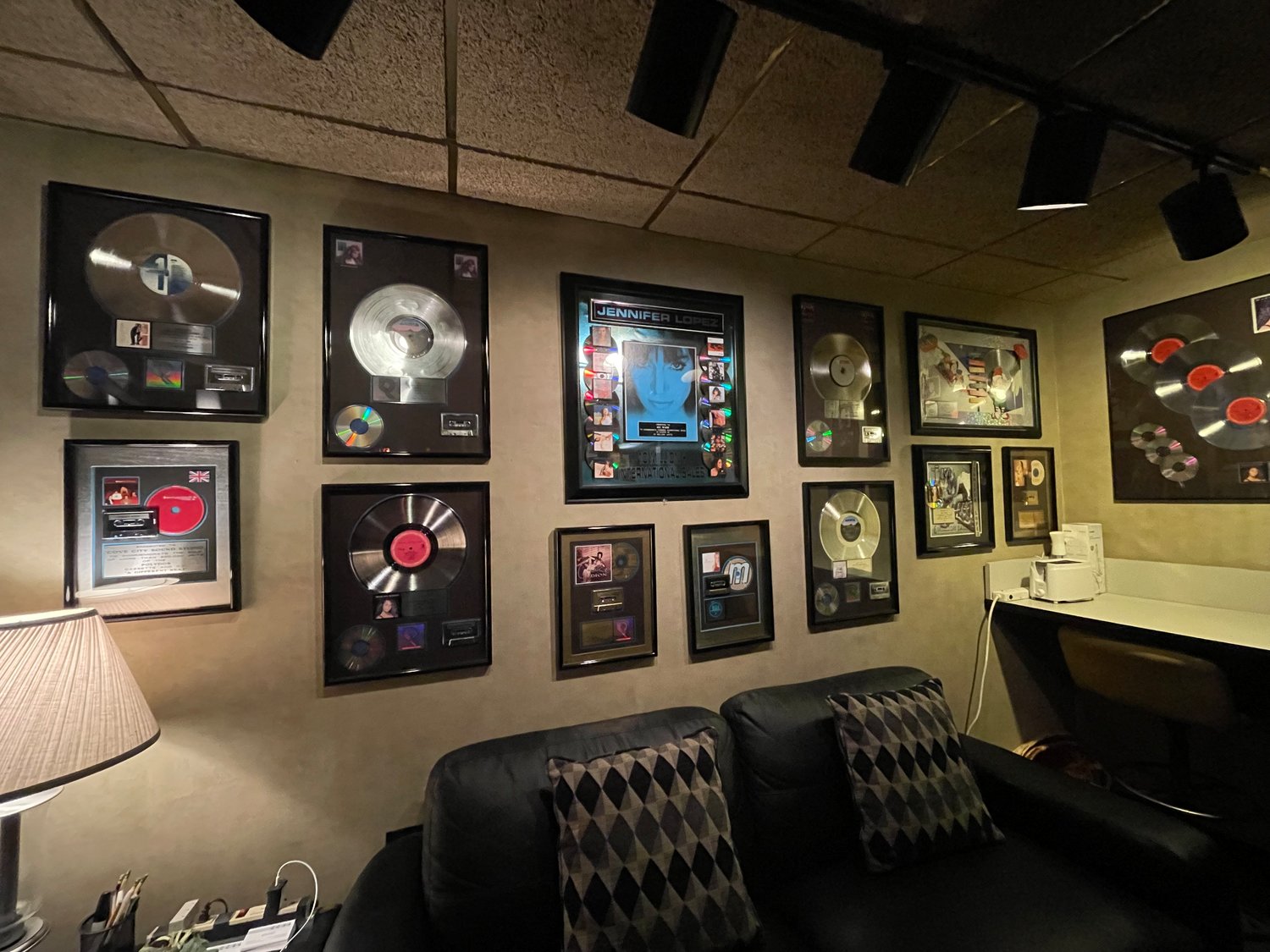 A strong believer in sticking to your roots, Marz and his team work out of Cove City Sound Studios in Glen Cove when he’s in New York. The recording studio is well known — many stars in the industry have produced music and recorded albums there.
Jordan Vallone/Herald
Previous Next
By Jordan Vallone

Music has always been a part of Matty Marz’s life.

Since he was young, it has been the Merrick native’s dream to find success in the music industry — and now, at 25, he is living in Los Angeles, and said he feels closer than ever to breaking through and making a name for himself in one of most competitive creative scenes in the world.

A John F. Kennedy High School graduate, Marz — whose legal name is Matthew Zeltmann — has always had a love for music, and throughout his youth he was part of various choir classes and the drama program at Kennedy. After high school, he attended Nassau Community College, where he studied recording arts and, he told the Herald, quickly reached the limits of the program.

“I was like, ‘OK, well, I guess I’ll go and do my own thing,’” he recounted. “I’ve just kind of been, you know, hustling and bouncing around ever since.”

Living in Los Angeles since last September, Marz is part of the Los Angeles Academy for Artists and Music Production, which is managed by a Norwegian production team called Stargate, composed of Tor Hermansen and Mikkel Erickson.

“They’ve being in the industry for several decades now,” Marz said of the pair. “They’ve done ‘Diamonds,’ by Rihanna — ‘Firework,’ by Katy Perry. I’ve been fortunate enough to be hand-selected from across the world to be part of this program.”

According to its website, laampmusic.com, the academy is a collaborative program for artists, songwriters and producers in contemporary popular music. Stargate handpicked 45 musicians to be part of the program.

“It’s marketed kind of as a school, but it is very much not a school,” Marz explained. “We’re being immersed in the industry, and we’re writing songs that hopefully will get pitched and placed with certain artists. It’s just been a very surreal year — it’s just been so much learning.”

Marz, who developed his songwriting ability naturally, said that everything he has worked on has come purely from love and passion. “It’s just kind of trial and error, and [then] you know how songwriting works,” he explained. “You know what makes a great chorus, and you know how to differentiate melodies. It’s super self-hands-on, and that’s been my M.O. my whole life.”

When Marz is in New York, he works on his music at Cove City Sound Studios in Glen Cove, a well-known recording studio where artists such as Celine Dion and Jennifer Lopez have produced some of their best-known work.

Last week, the Herald met Marz, his guitarist, John Imbesi, and sound engineer Ryan Schumer at Cove City, and listened to demos for which Marz provided the vocals or had written for other artists. His songs, he said, are primarily pop, but he often taps into other genres and styles he finds interesting. “I feel like pop is such a broad term,” he said. “One of my songs, ‘Pretty,’ is inspired by 1960s music — and then I have a song, ‘New Eyes,’ which is strictly pop punk.”

His singles are on Spotify and other streaming services, and he said the coronavirus pandemic helped him refine his songwriting process. “New Eyes,” for example, came together over FaceTime with Imbesi in 2020.

“John was like, I have these chords,” Marz recalled. “I instantly started writing, and I recorded it in my bedroom.”

“It came together so quickly,” Imbesi added. “We had the idea, and just one thing sparked another. And then it was out — it was recorded and out within months.”

Ultimately, Marz said, his goal is to tour and make it as a singer, but also as a writer or producer. “I really do know that I’ll be selling out stadiums one day — I’ve been saying that since I was 13 years old,” he said. “As a creative, I know that I’ll have a hand in many different projects that will be super fulfilling.”

The music industry, he said, offers many avenues he wants to explore, such as movie scoring and voice acting. “And then hopefully one day, you know, I’ll have my own label and be able to find talent that I find really interesting,” he added.

He is planning performances this summer, and will be releasing new music throughout the year. For now, he said, he is focusing on his work in L.A, but always wants to remain bicoastal.

“New York will always be home,” he said. “So many people love to talk down Long Island, but it’s really been a place where I found so much of myself, and so much of my sound, and I’m really thankful for all the hard years that I’ve had.”

Cove City, he said, is a place that feels like home. “I just think, knowing where you’re from is the best way to understand where you’re going,” Marz said. “And I am always grateful to come here and just have my roots really clear.”