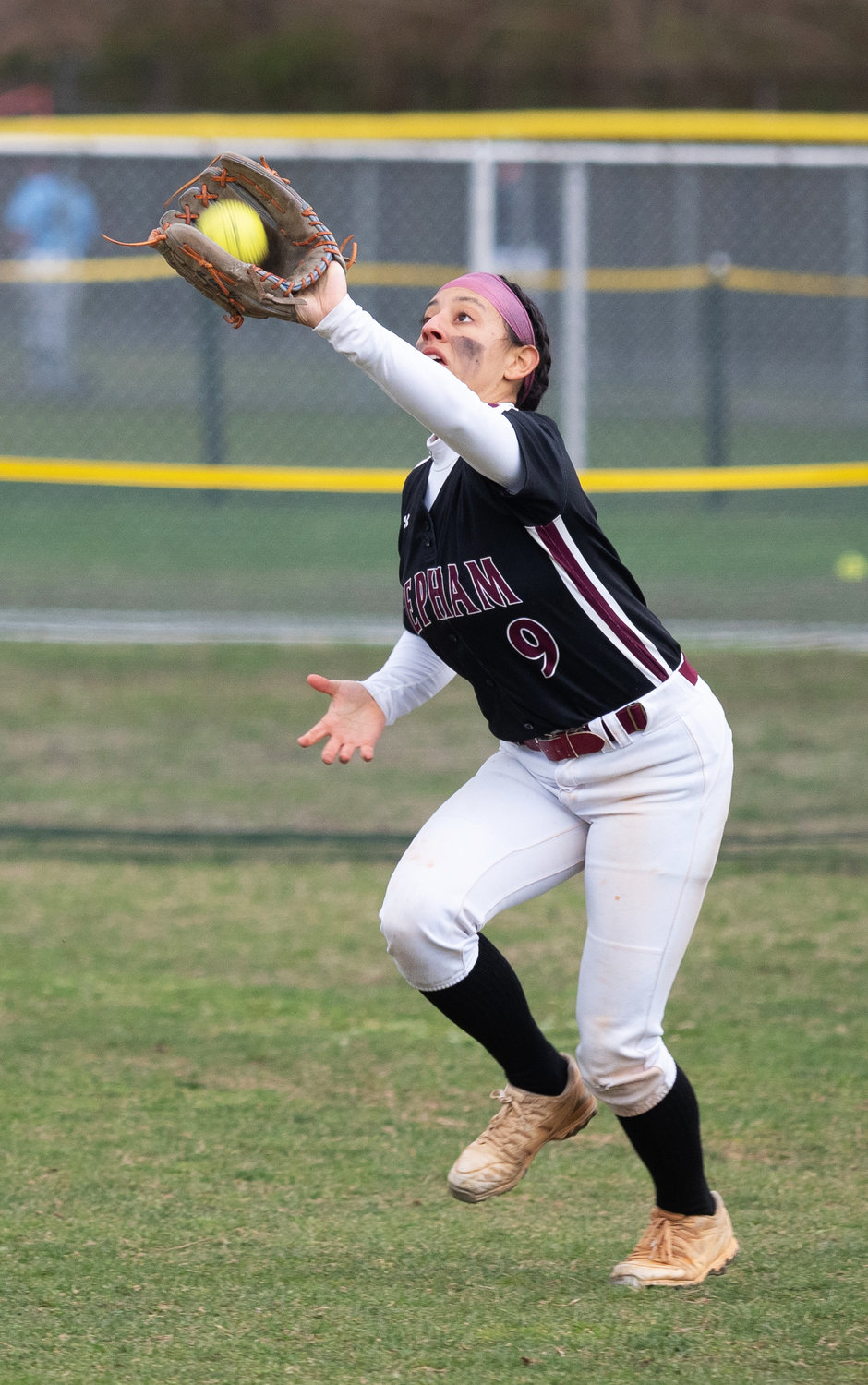 Two-time defending Nassau County Class A softball champion Mepham has a new coach and busted out of the gate producing the same positive results.

The Pirates, who last spring captured the first-ever Long Island title in program history, made an early statement April 5 with a 2-1 victory over highly touted Division. Four days earlier, Mepham made first-year coach Tom Simone’s debut at the helm a winning one by defeating Oceanside, 11-2.

“We’re very excited with our start,” said Simone, who worked on the staff with former coach Brenda Dolan. “We played a crisp opening game against Oceanside and then against Division we beat one of the best pitchers in the county.

“We have nine returning players and we’d love to Three-Peat, but it’s nothing we’re talking about,” he added.

More than half — 8 of 14 — of the Pirates’ roster is comprised of seniors. Two important leaders in every way possible, Alanna Morse (third base) and Hailey Guerrero (shortstop), Simone said, form the left side of the infield.

Morse, bound for Hofstra University, earned First Team All-State honors last spring as well as Nassau playoff MVP. “As great of a softball player Alanna is, she’s even a better person,” Simone said. “She’s the ultimate athlete to coach and plays every aspect of the game at a high level.”

Guerrero is not only strong defensively but follows Morse in the lineup as the cleanup batter. “Hailey has great range in the infield and isn’t afraid to get her uniform dirty,” Simone said.

Pitching talent and depth has been a staple at Mepham for many years and Simone has the luxury of working with familiar faces in the circle. Senior Gia Miccio started last year’s L.I. championship game and worked the first four innings. Sophomore Giselle DeLutri recorded the save. That’s a formula Simone continues to rely on.

“Gia will typically start and Giselle will close,” he said. “They both have outstanding stuff and attitudes. Their styles are a bit different but they both pitch with confidence and are comfortable with the defense behind them.”

Junior catcher Sera Muoio brings experience behind the plate and features a snap-throw that can erase baserunners, Simone said. On the right side of the infield, seniors Gianna LaSpina and Kerri Hatcliffe are both working at first base and swing quality bats, while senior Kylie Persampire and junior Daniella Damato get the job done at second base.

In the outfield, junior Lily Yepez runs the show from center. She’s also the leadoff hitter who looms as a constant stolen-base threat. Eighth-grader Avery Betancourt emerged as the starting left fielder and No. 2 batter and impressed in each of her first two varsity games, Simone said. Seniors Brianna Gonzalez and Janaye Loforte handle right field, and freshman Alyssa Cinquemani is penciled in at designated hitter and the backup catcher.

“We’ve had a target on our backs for quite some time so I’m not worried about that,” Simone said. “We like to take things one game at a time.”