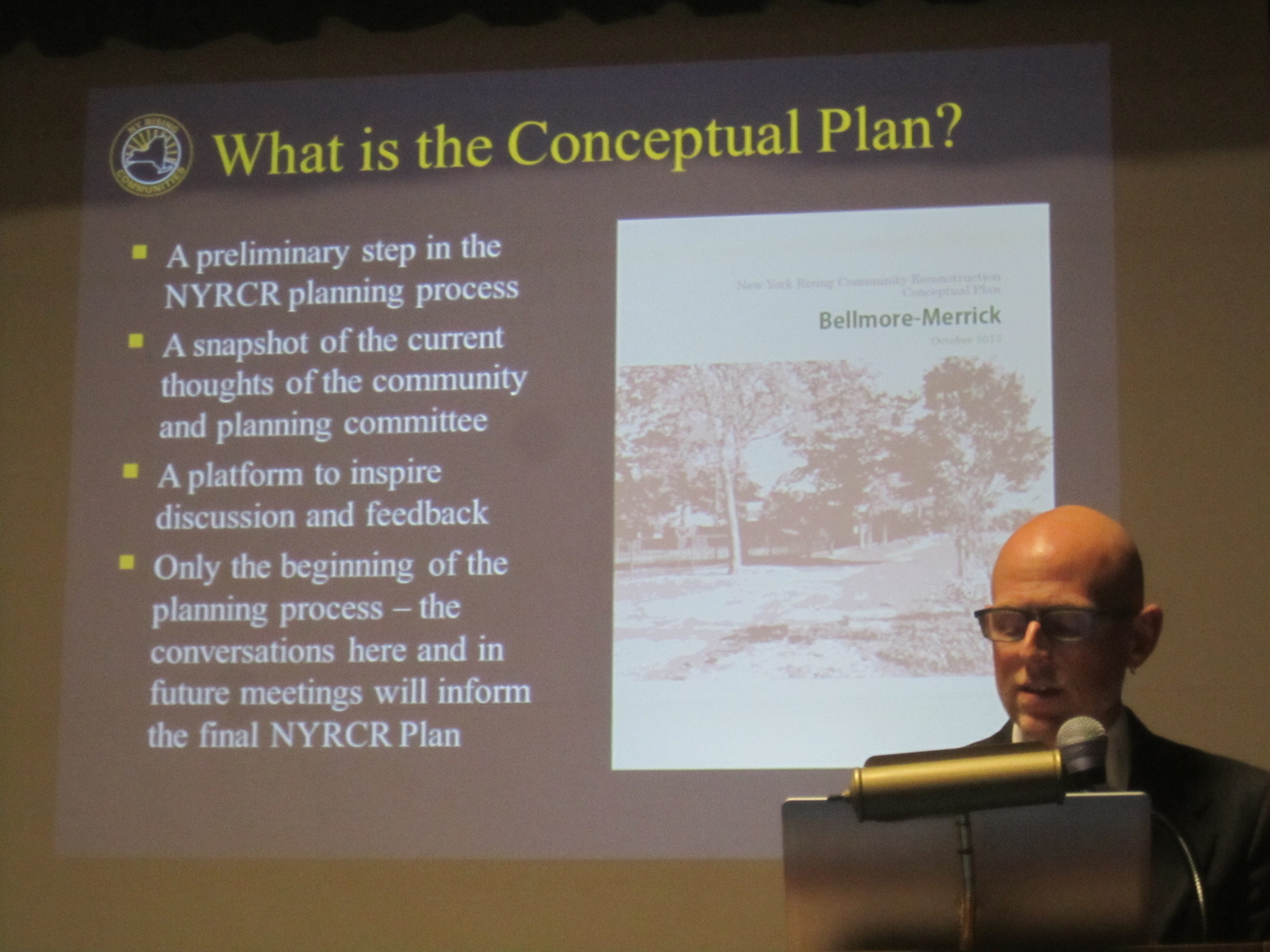 A committee of local residents and a team of private consultants, tasked with developing a plan for “new infrastructure and other mitigation” in Bellmore and Merrick to lessen the impact of future catastrophic storms, have produced a list of “potential priority projects,” which in the next few weeks they must narrow down to five to 10 shovel-ready projects that could qualify for $12 million in government funding.

The first public airing of the list came at a meeting of the New York Rising Community Reconstruction Program’s Bellmore-Merrick Planning Committee on Monday, Jan. 13, at the Merrick Library. Three members of the public attended the meeting.

The Bellmore-Merrick Planning Committee and Ove Arup & Partners, P.C., a firm that the state hired to provide consulting services to NYRCRP Planning Committees in communities along the South Shore, had previously unveiled a “conceptual plan” for Bellmore-Merrick at a Nov. 20, 2013, meeting, but that 73-page document offered no specific information about projects under consideration.

Among the proposals were:

— Redeveloping the Town of Hempstead’s Sanitation Department property on Merrick Road in Merrick.

— Shoring up Bellmore and Merrick’s marinas against future storms.