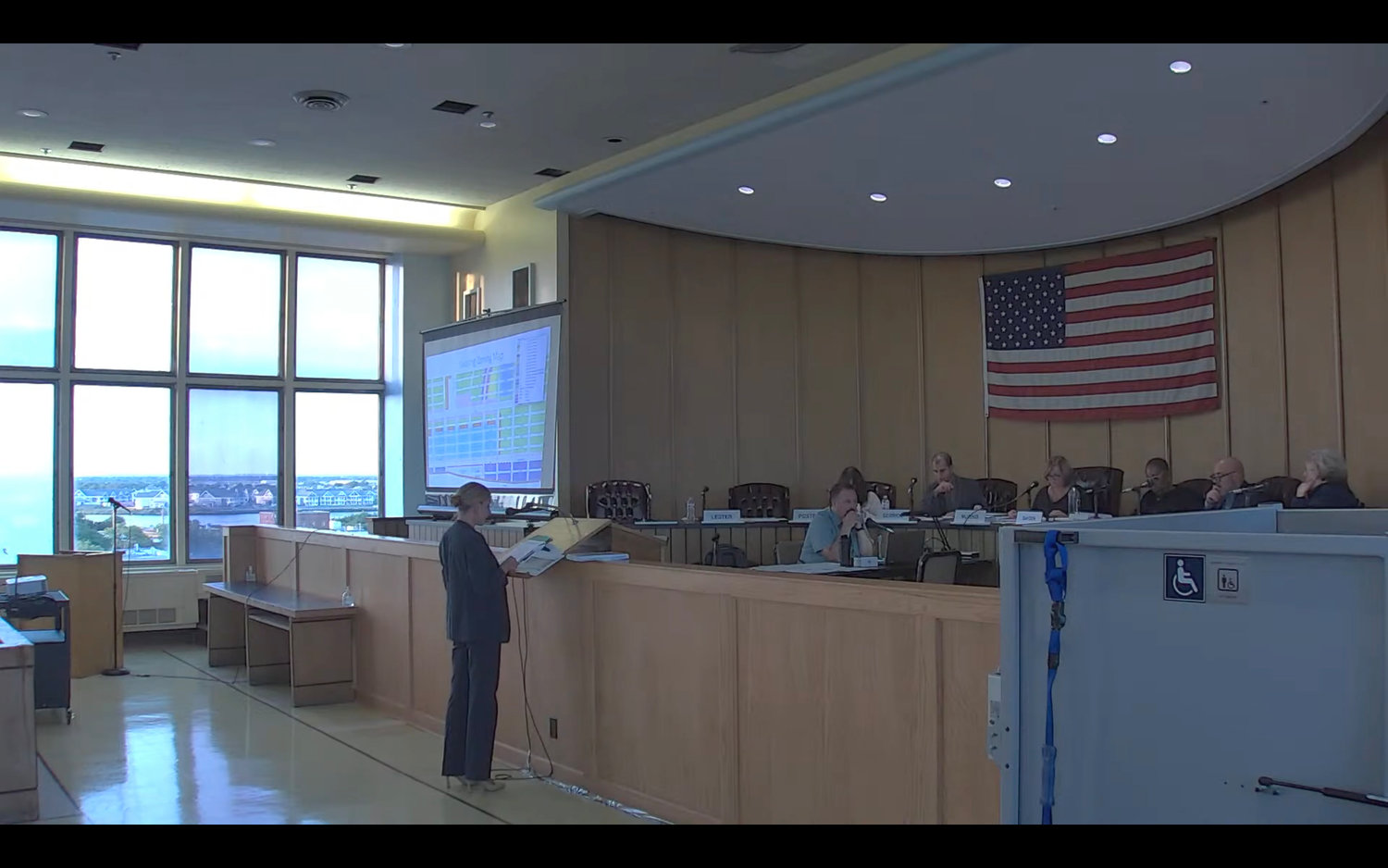 Councilman Roy Lester voted against it.

The council’s vote came after a brief public hearing during which only three people raised questions about increased traffic in the city, and about how many of the units in the buildings would be designated affordable housing.

Carrie O’Farrell, a partner at the Melville engineering and architecture firm Nelson Pope, said that a study by the firm concluded that the Haberman development would not have an adverse impact on the area. O’Farrell added that the number of affordable units would ultimately depend on how many stories the developer decides to build. Haberman can build up to 13½ stories, and if he decides to do so, the buildings would be the tallest in the city.

The council’s vote was a key part of an agreement reached in late December. The developer had sued the city for $131 million in 1987, after, he said, it did not support his plans to build oceanfront apartments decades ago. He said he had been assured of such support. With penalties for delays in settling the suit, Long Beach was on line to pay Haberman $150 million. In December, the council agreed to pay him $75 million, and to allow him to build the two apartments buildings.

Under the agreement, Haberman is obligated to include some affordable units, and to provide the city with amenities in the area around the buildings, including parks.

Haberman could build in a zone bounded by Monroe and Lincoln Boulevards.

In the meantime, Garden City developer Engel Burman has begun construction of 438 apartments and condominiums in the six-acre waterfront parcel between Long Beach Boulevard and Riverside Boulevard known as the Superblock.

The $369 million project will feature 238 rental apartments in a 10-story building called The Breeze, 200 condos in two nine-story buildings called Isla Blu and about 6,500 square feet of retail space.

The face of Long Beach is certainly changing, resident Eileen Hession said during the public hearing .“We have the Superblock, with all the traffic and the cars,” she said. “This could be a little bit scary. I’m a little bit nervous about this.”

Another resident, Crystal Lake, asked about affordable units in the Haberman project. O’Farrell said the developer would appear before the City Council to discuss how many of those units there might be, depending on how tall the buildings are.

The city intends to issue bonds to pay Haberman the $75 million. City officials and representatives of two consulting firms hired by Long Beach to help negotiate with the developer agreed that some type of tax increase might be needed to construct the necessary infrastructure, such as sewers and roads, to support the new apartment buildings.

If 13-story buildings were constructed, they would be the tallest in the city. City Hall is six stories tall. The Allegria Hotel is nine stories. There are two 10-story buildings in town, at 16 and 26 W. Broadway. The three buildings under construction by Engel Burman on the Superblock will be  10 stories on top of a parking lot

The city was found liable in 2015 for breach of contract on the property and failing to respond to another lawsuit filed by Haberman in 2003. He sought to build next to the Seapointe Towers apartments, between Monroe and Lincoln boulevards, and had planned a third building across Shore Road, to replace the Lincoln Shore Apartments.