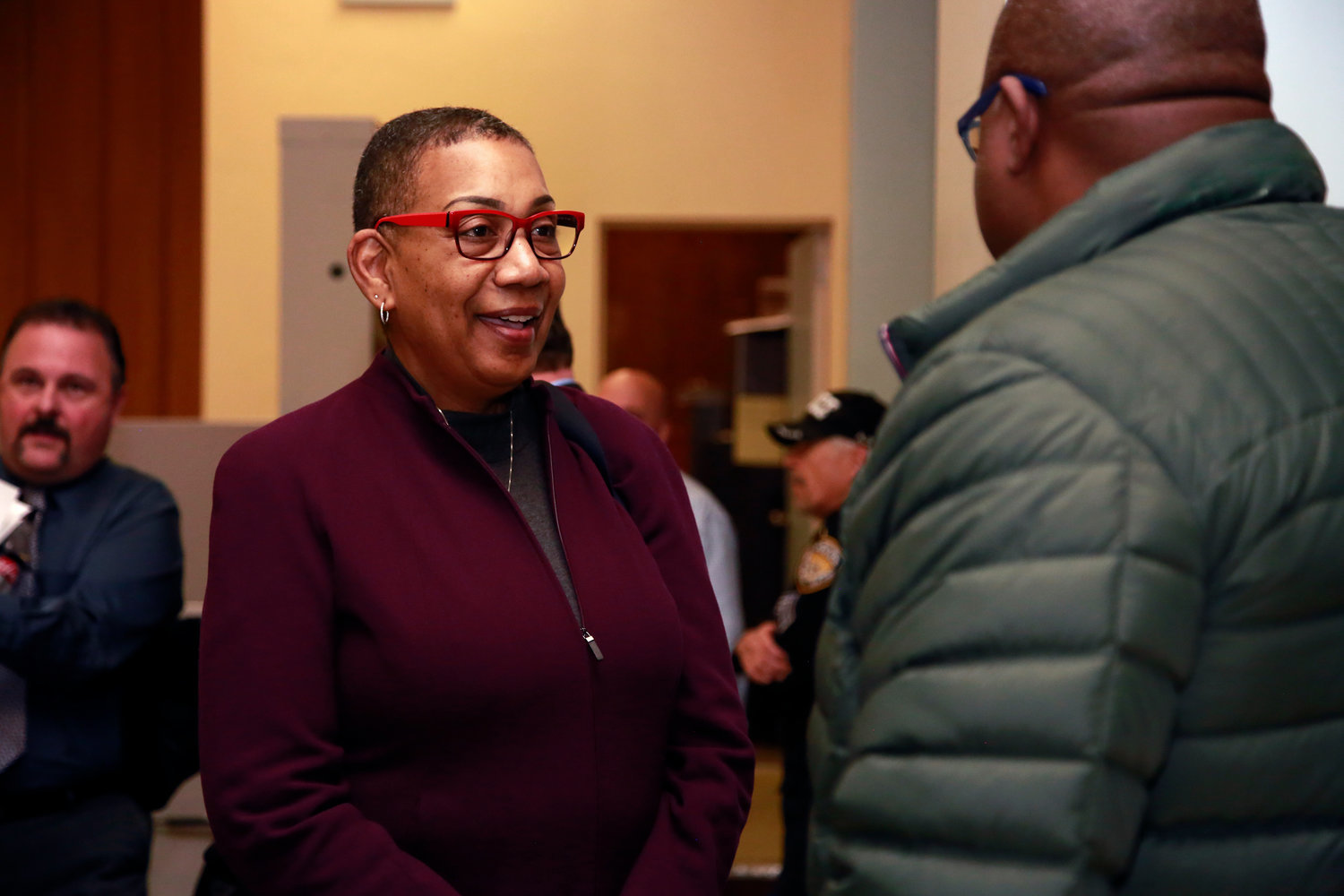 The Long Beach City Council Tuesday night approved an extended contract for City Manager Donna Gayden, which will take her through 2023 and raise her base salary to $203,000, $13,000 above her current pay.

The move came as a surprise to some City Hall watchers, as Gayden had been described as an itinerant manager who enjoys resolving financial issues and moving on to new posts.

There was support and opposition for the contract at the council meeting.

Roy Lester, a Democrat who won a seat on the council in the Nov. 2 election and will join it in January, stressed that he liked Gayden personally, but added that Long Beach remains deep in debt and “the most fiscally stressed municipality” in the state. He asked what metrics were used to calculate Gayden’s new salary.

Ellen Hession said she did not understand why the council had to vote Tuesday night. One council member, Karen McInnis, was absent, and another, Scott Mandel, is a lame duck, having decided against running in the November election.

The city said Gayden’s pay hike “right-sizes her salary within the executive members of the city workforce.”

Additionally, the city will pay $17,000 in wages that will be dedicated to an IRS-deferred compensation pension plan.

In March, the city said it was seeking a deputy city manager to take over the city’s top management post, anticipating that  Gayden might leave. City Comptroller Ina Reznik was named deputy manager.

In August, the council approved a $190,000 contract for Gayden through November, a move council members said was a vote of confidence that she would improve the city’s economic footing.

City Council President John Bendo said in a statement, “Donna came to Long Beach just as our world was entering crisis mode with the pandemic. She led us through this turbulent and uncertain time and has demonstrated a degree of fortitude and no-nonsense leadership to help the council address years of decay in the city’s operations.”

In a statement, Gayden said, “We’ve taken some good steps, but there is still a great deal ahead. I appreciate the council’s trust in our team’s ability to correct years of dysfunction, and moreover, I am proud to call myself a resident of this community. Long Beach is a beautiful community that is one of Long Island’s jewels. We will do all we can to polish this stone.”

Gayden had been a municipal finance expert in the Midwest. Over the past year, Gayden had to navigate the coronavirus pandemic, following often complicated state guidelines on how restaurants, bars and stores could operate.

The beaches were another issue. In 2020, large crowds gathered on the boardwalk, raising fears of Covid-19 spread. The city initially opened the beaches only to residents, but later, when coronavirus cases dropped, it allowed non-residents to use them as well.  Gayden quickly assembled a team to tackle the task of restoring order to the city’s finances.

Her business-like style helped her bring in a budget last year with a 1.8 percent tax increase, the lowest in years. She also put forward a five-year plan to guide the city’s finances, which includes the monitoring of all expenses, a search for new sources of revenue and the updating of the city’s financial and other records with computer systems.

Gayden faces multiple challenges ahead. One will be to resolve a $131 million lawsuit filed by a Manhattan developer, Haberman & Haberman. In January, State Supreme Court Justice Jack Libert ordered the City of Long Beach to pay Haberman $131.2 million for blocking construction of oceanfront condos over the past three decades. Given its financial woes, the city does not have the money to pay Haberman back in full. Gayden said the matter remains in litigation, and she could not comment, except to say the city is working to resolve the matter.

Over her career, Gayden has moved about the country, from one financially distressed municipality to another. Before coming to Long Beach, she had worked in two small municipalities in Illinois.

Bendo said at a recent meeting that Gayden might not intend to remain in Long Beach for the rest of her career. The council announced that it was seeking a deputy city manager. Gayden said that person could be “groomed” to take over her job.