'East Rockaway meant everything to him' 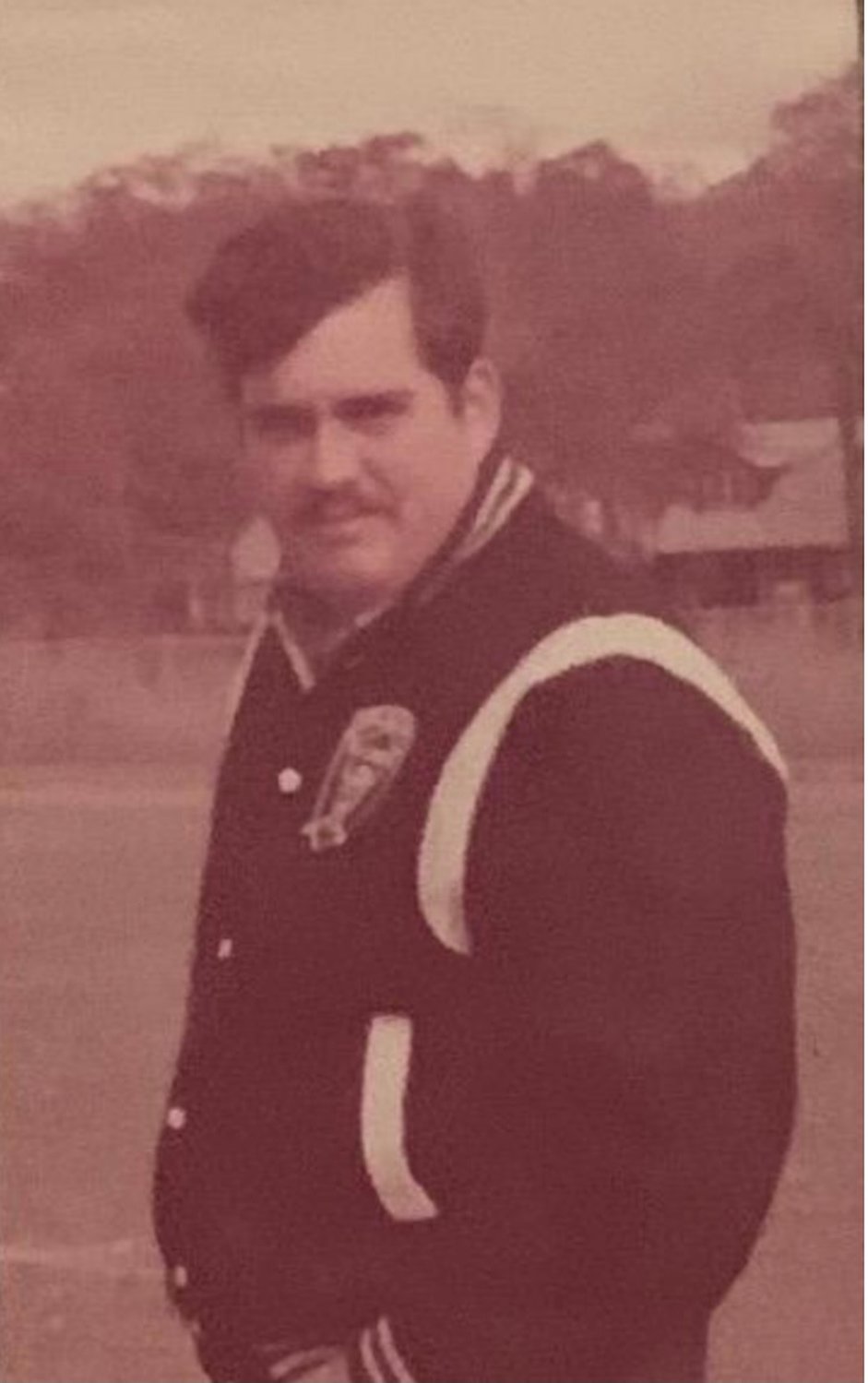 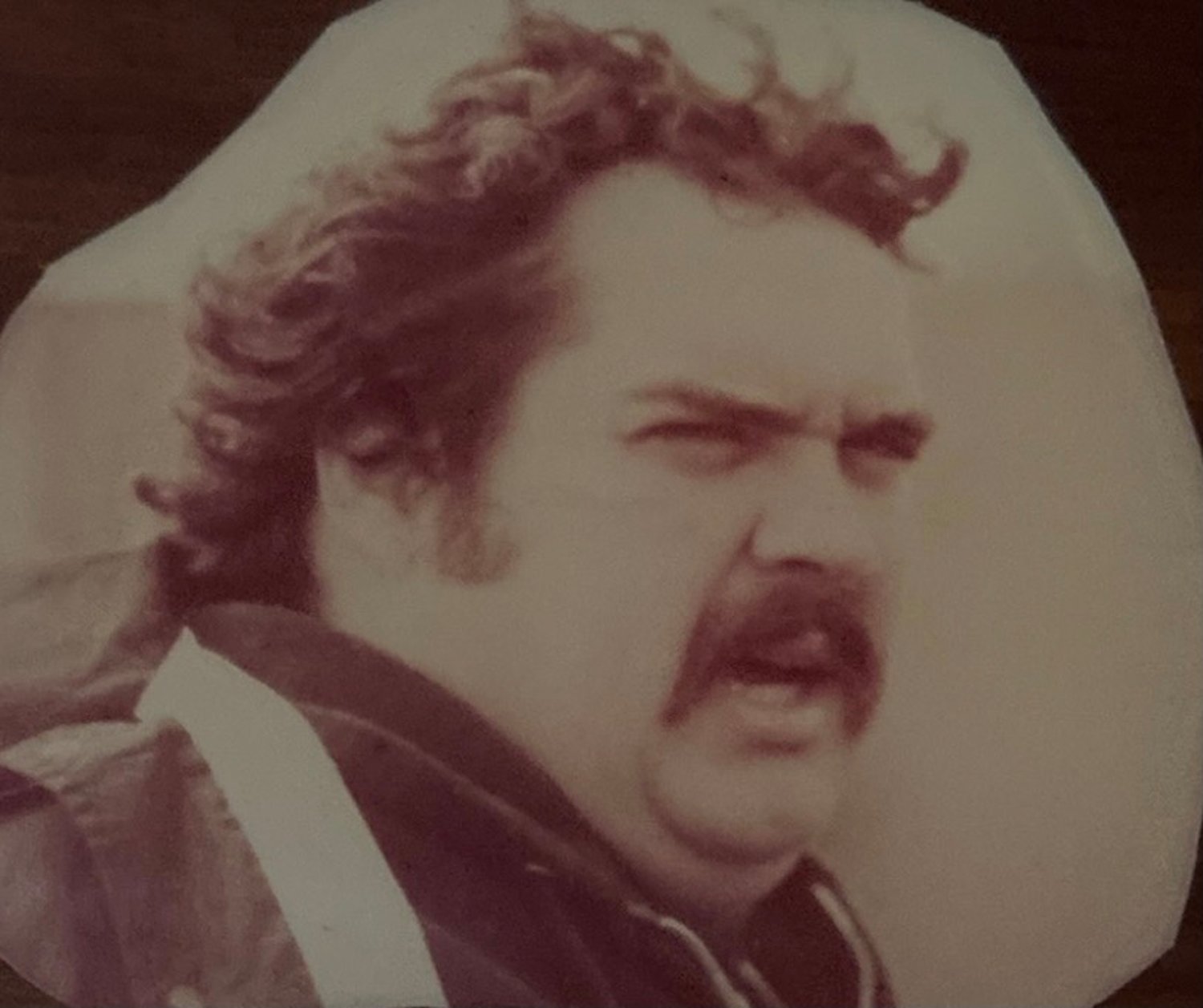 Chapel dedicated many years to his community.
Courtesy Joe Vito 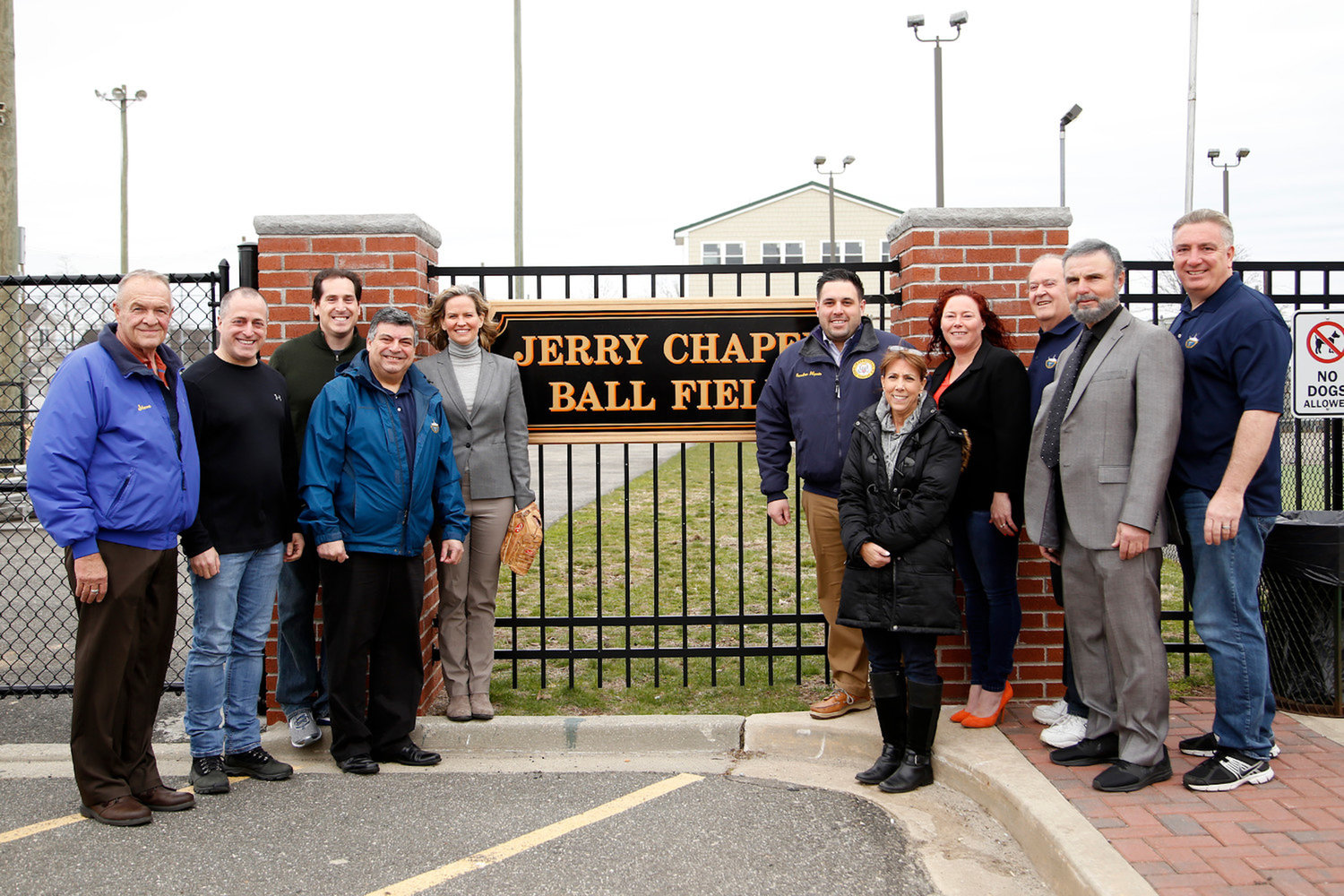 Elected officials and Chapel's family gathered in 2018 when a baseball field was named in his honor.
Herald file photo
Previous Next
By Mike Smollins

If there was anything he could do to keep youth safe and engaged in their community, longtime East Rockaway Recreation Director Jerry Chapel did it. At various times, he took on the role of coach, umpire, referee, recreation director and organizer for various sports leagues, carving a lasting legacy in his community.

Chapel died in his sleep on Jan. 3 at 74, but his impact on East Rockaway will be felt long after his death. He is perhaps best known for starting the East Rockaway Raiders football program, which launched in 1971, alongside former East Rockaway Mayor Joe Carrigan, who died in February 2020.

“I just remember this bigger-than-life guy,” said Joe Vito, who played linebacker and fullback on the inaugural East Rockaway Raiders football team in 1971, which celebrated 50 years in 2021. “Mr. Carrigan was the serious guy, and Jerry was bigger than life. He had a wisecrack and a nickname for everybody, and the kids just felt so comfortable with him.”

Chapel was born in Sunnyside, Queens, the son of Justin and Helen Chapel, on July 22, 1947. When he was 9, his family moved to East Rockaway, where he spent most of his life. As an adult, Chapel became the park director for the Nassau County Department of Parks, Recreation and Museums, a position that he held for 34 years, and the recreation director for the East Rockaway Recreation Commission from 1967 to 1992. In the latter role, he was heavily involved in organizing and chaperoning youth on leisure trips, and oversaw all sports programs, including baseball, softball, boys’ and girls’ basketball, and hockey. He also packed a van to take East Rockaway students on trips, including camping and ice-skating.

Later in life, Chapel was also involved in helping older adults stay active by organizing trips for them to Broadway shows, dinners and casinos. Chapel also volunteered for the East Rockaway Fire Department for many years.

Chapel became involved in the community when he worked as a scorekeeper for East Rockaway sports in 1974, a role for which he was paid $2.50 per game. He then entrenched himself in his community by forming the Raiders and organizing and maintaining several sports leagues. Vito fondly recalled taking summer camping trips with Chapel to Lake George, where he made many memories with his childhood friends. He formed a lasting bond well into adulthood with his former coach, he said.

Vito called Chapel “the most meticulous, organized guy,” and noted that he wrote out each recreation team’s athletic schedule by hand with pen and paper.

“I think he had an influence on a lot of youth because, I think, they were very impressionable and education was very important to him,” Vito said, “so I think a lot of the people that went through who really got to know him became successful people, and they’re fathers and mothers now, and some of them are even close to being grandparents.”

Chapel met his future wife, Ginny Hurley, when she coached 9 and 10 year old girls’ softball alongside him in 1972, at the urging of one of her friends.

“I knew absolutely nothing, which he told me time and time again that I was the worst coach he ever had,” Ginny said with a laugh, “but we ended up coming in third place, and that’s how we ended up meeting.”

Despite her lack of coaching skills, the two fell in love and wed on July 14, 1973, raising four children, Jenn, Craig, Doreen and Keri, in East Rockaway. After Chapel retired in 2002, he and Ginny moved to Greensboro, N.C., and then lived in Little River, S.C., until his death.

Ginny said her husband was known for his humor, wit, wisdom, sports knowledge and love of music. He was an avid Yankees and Jets fan, and enjoyed several hobbies, including completing puzzle books, eating lunch by the beach and going on annual college tours with Vito. In April 2018, the village named the baseball field near the recreation center in Chapel’s honor to recognize him for all he did for the community through the years, and the recreation center was named in honor of Frank Pignataro, who volunteered many, many hours to the community during his life, created what is now the East Rockaway Baseball League and served as director of the Charles H. Formont Senior Center before he died in November 2016, at 69.

“Frank Pignataro and Jerry Chapel are larger-than-life figures in East Rockaway,” Mayor Bruno Romano said during the dedication. “When I was growing up here, Frank and Jerry remained busy working for others. Their leadership and guidance made a mark on children’s lives spanning decades, thanks to their involvement and leadership with baseball, football, basketball and other sports, which engage East Rockaway’s youth. They both remained involved later in life, working to enrich the lives of our seniors.”

Chapel was predeceased by his sister, Rosemary Dembrosky. In addition to his wife and children, Chapel is survived by his son-in-law, Billy Price; his daughter-in-law, Jeanie Chapel; his three grandchildren, Raegan, Morgan and Emily; his brother, Jay Chapel (Judy); his niece, Kristine Perkins (Rob); and nephew, Chris Dembrosky (Kim); and many cousins.

According to Chapel’s wishes, the family did not hold a memorial service and plans to scatter his ashes at a date and place to be determined.

“East Rockaway meant everything to him,” Ginny said. “We loved him, and we’re going to miss him.”