Update: At least one dead in Legionnaires’ disease outbreak on Wantagh-Levittown border 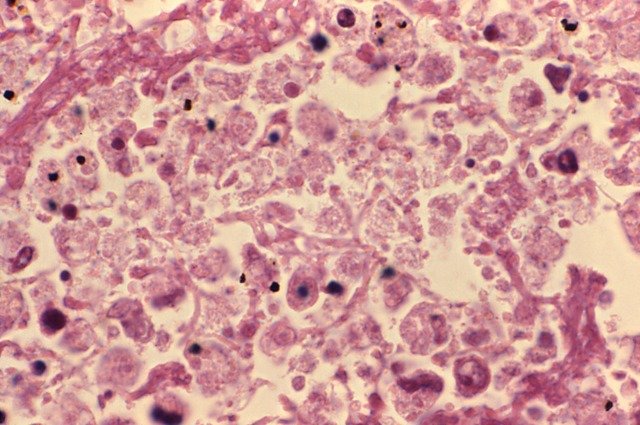 Legionnaires’ disease is caused by the bacteria Legionella, found naturally in the environment, usually in water. It typically grows in warm water — in hot tubs, cooling towers, hot water tanks, large plumbing systems, and decorative fountains that are not properly maintained.

People contract the disease when they breathe in a mist or vapor containing the bacteria. The disease can cause pneumonia. Between 200 and 800 cases are reported each year in New York state.

It is estimated that about 25,000 people develop Legionnaires’ disease in the U.S. each year. An additional unknown number are infected with the Legionella bacterium, and have mild symptoms or no illness at all.

Cases can occur sporadically and in outbreaks. Most cases occur as single isolated events. Outbreaks are relatively rare.

At least one person has died after contracting Legionnaires’ disease following an outbreak on the Wantagh-Levittown border, according to the Nassau County Department of Health.

Roughly 10 people within a one-mile radius of the intersection of Wantagh Avenue and Old Jerusalem Road have fallen ill with Legionellosis. They ranged in age from 35 to 96, and were identified over the past three weeks.

Legionellosis is caused by a type of bacteria called Legionella, which are found naturally in the environment and transmitted by aerosolized water. People can contract the disease when breathing in a mist or vapor that contains the bacteria.

“Unlike Covid-19, Legionnaires is not something that can be transmitted from person to person and is typically the result of inhaling water vapor from a contaminated indoor ventilation system,” County Legislator Steve Rhoads wrote in an emailed statement.

The Department of Health stated that the bacteria are most commonly found in cooling towers, fountains, spray parks, hot tubs, whirlpool spas, showers and faucets. But it was unclear at press time what caused the local outbreak.

Hempstead Town Councilman Dennis Dunne said that town officials recently spoke with Health Department officials to gather information on the disease and how to advise residents. The county was actively researching what caused the outbreak, said Dunne, whose district encompasses Levittown and portions of Wantagh.

“We’re anxiously awaiting a response from those in the health field about what’s going on and how we can best help our residents to avoid the disease,” he said. “We’re trying to stay on top of it so we can help residents stay away from whatever it is that’s causing this.”

Symptoms of Legionnaires’ disease can include cough, shortness of breath, high fever, and muscle and headaches, according to the Health Department. The disease requires treatment with antibiotics, but most cases are treated
successfully. According to the World Health Organization, the disease usually lasts between two and five days and can range from a mild cough to fatal pneumonia.

There have been confirmed cases of the disease at St. Joseph’s Hospital, in Bethpage, and NYU Langone Hospital Long Island, in Mineola. Dunne said he believed the person who died of the disease was a 96-year-old man.

“Thanks to our healthcare partners at NYU Langone and St. Joseph’s hospitals, we were able to quickly identify the outbreak and begin a thorough health investigation,” an emailed statement from County Executive Laura Curran said.

“Our Department of Health disease investigators are on the ground and working as quickly as possible to identify the source. My main priority is keeping our residents safe and we will make the community aware of the cause as soon as the investigation is complete.”

Rhoads said he had been in communication with the county health
commissioner, Lawrence Eisenstein, whom Rhoads has advised that “contact tracing is underway with the limited number of people diagnosed to determine the source of the infection.

“In the meantime, Legionnaires is curable with antibiotics,” Rhoads added, “so anyone exhibiting symptoms, such as high fever or difficulty breathing, is encouraged to seek prompt medical attention so the condition can be quickly diagnosed and treated.”

Legionellosis cases are often single, isolated events. Outbreaks are relatively rare, according to the New York State Department of Health. Cases appear more frequently in the summer, but can appear year-round.

The Wantagh-Levittown cases have occurred during a statewide uptick in cases, according to the county Health Department, which recommends that those who have symptoms consistent with the disease contact their health care
providers.

“The last 18 months have taught us all to roll with the punches,” Rhoads said, “and I’m confident we will put this behind us shortly.”