Oceanside surges in second half 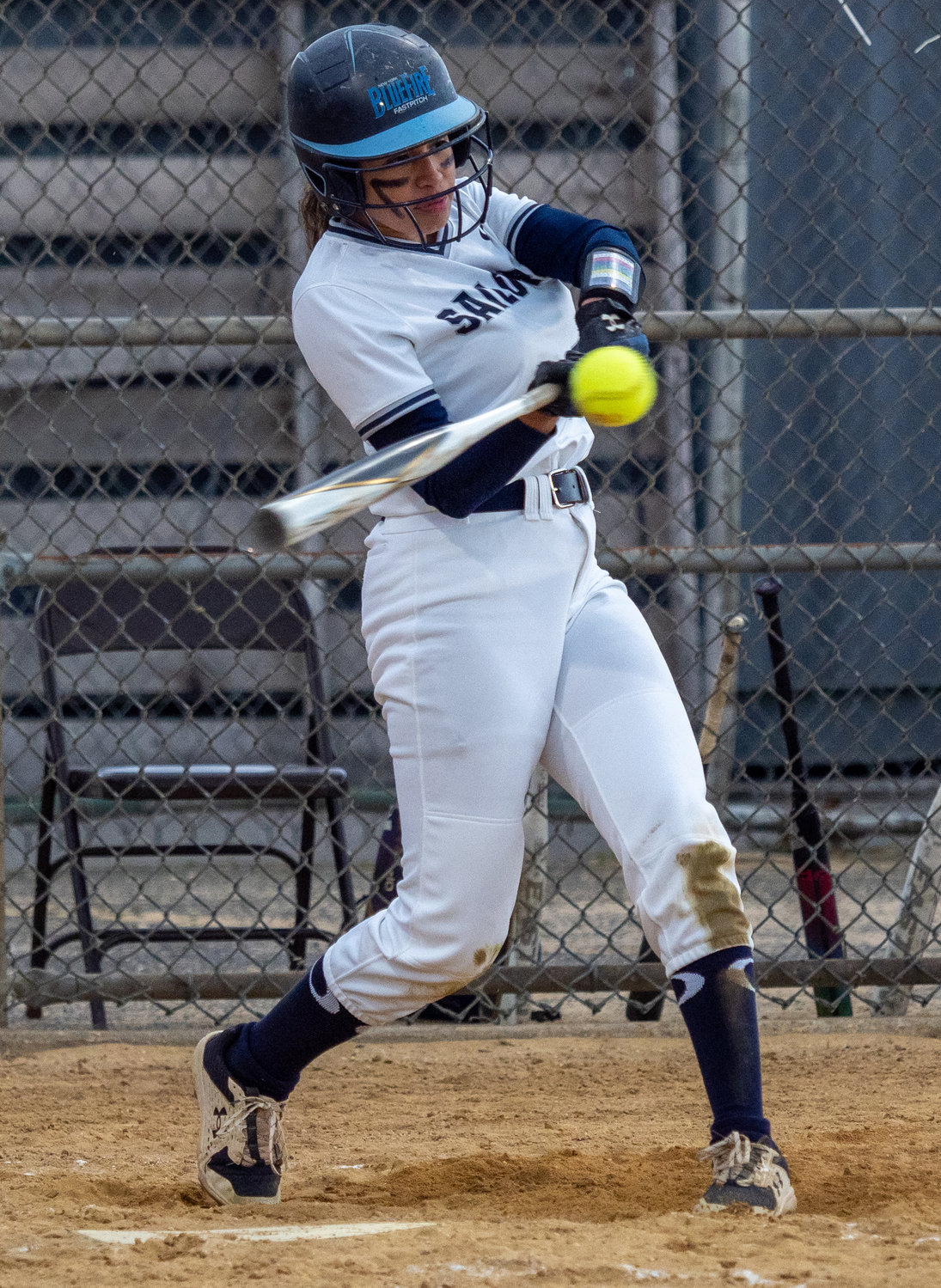 Senior Ashlee Martinez and the Sailors are looking to make plenty of noise in the upcoming Nassau Class AA playoffs.
Eric Dunetz/Herald
By Brian Kacharaba

Though the record may not reflect it, the Oceanside softball team has been a difficult team to beat during the stretch run and coach Carlo Quagliata is hoping that scrappy play could prove beneficial as his team enters the Nassau Class AA playoffs.
Despite a slow start and not posting consecutive wins since the opening two games of 2021, Oceanside has made strides as the season progressed thanks to a more relaxed approach that resulted in competitive play against the conference’s top teams. The team’s five wins are one more than last year.
The Sailors are 3-5 since a dismal 2-7 start, but two of those losses were a 3-2 extra-inning defeat to a strong Mepham (11-2) team on April 25 and a wild 10-9 setback to East Meadow on May 4. After the Mepham loss, Oceanside stunned Massapequa (9-5) 3-1 on April 27 behind a solid pitching performance by Olivia Ikes and a home run from fellow sophomore Samantha Chaisson.
“We struggled early,” Quagliata said. “The girls were trying to get their feet under them. It’s been a young team the past couple of years and the second half the year, we calmed down [and] we took a step back. We decided to take a different approach, a relaxed approach.”
The rematches against Mepham and Massapequa were a far cry from their first meetings in early April, when the Sailors lost both games by a combined score of 24-2 in a four-day span.


“The Mepham game was one of those where you knew the tide was turning,” Quagliata said. “In the past, we would revert right back to a 12-0 loss or a 13-1 loss. And we came back against Massapequa, where the girls always get up for, and they took care of business.”
Ikes and senior Skylar LoPiccolo have formed a solid 1-2 pitching combination, with the latter leading the team with three victories. Two of them have come against Carey and, in the other, she yielded just one earned run in six innings in a 6-3 victory at Plainview on April 21.
“Skylar has six different pitches that keeps batters off-balance,” Quagliata said. “She’s never going to overpower you with her fastball. She can get it by you, but she’s got all of these in-depth curves and grooves.”
Ikes, a varsity newcomer, tossed a complete game shutout with four strikeouts and drove in the only run in a 1-0 win at Seaford on March 30.
Senior Samantha Reyer has continued to supply the power in the lineup with a pair of home runs after blasting three last year, but sophomores such as Ikes, Chaisson, Sophie Nesturrick and Logan Denman and freshman Cristina Vlahakis and Maya Levy give the program hope for the future.
Nesturrick can play multiple positions and “hits the ball further than anyone” when she’s on, according to Quagliata. Vlahakis’ “bulldog” aggressiveness has also sparked the team and Quagliata lauded second baseman Levy for her instincts, ability to put the ball in play, and bunting skills.