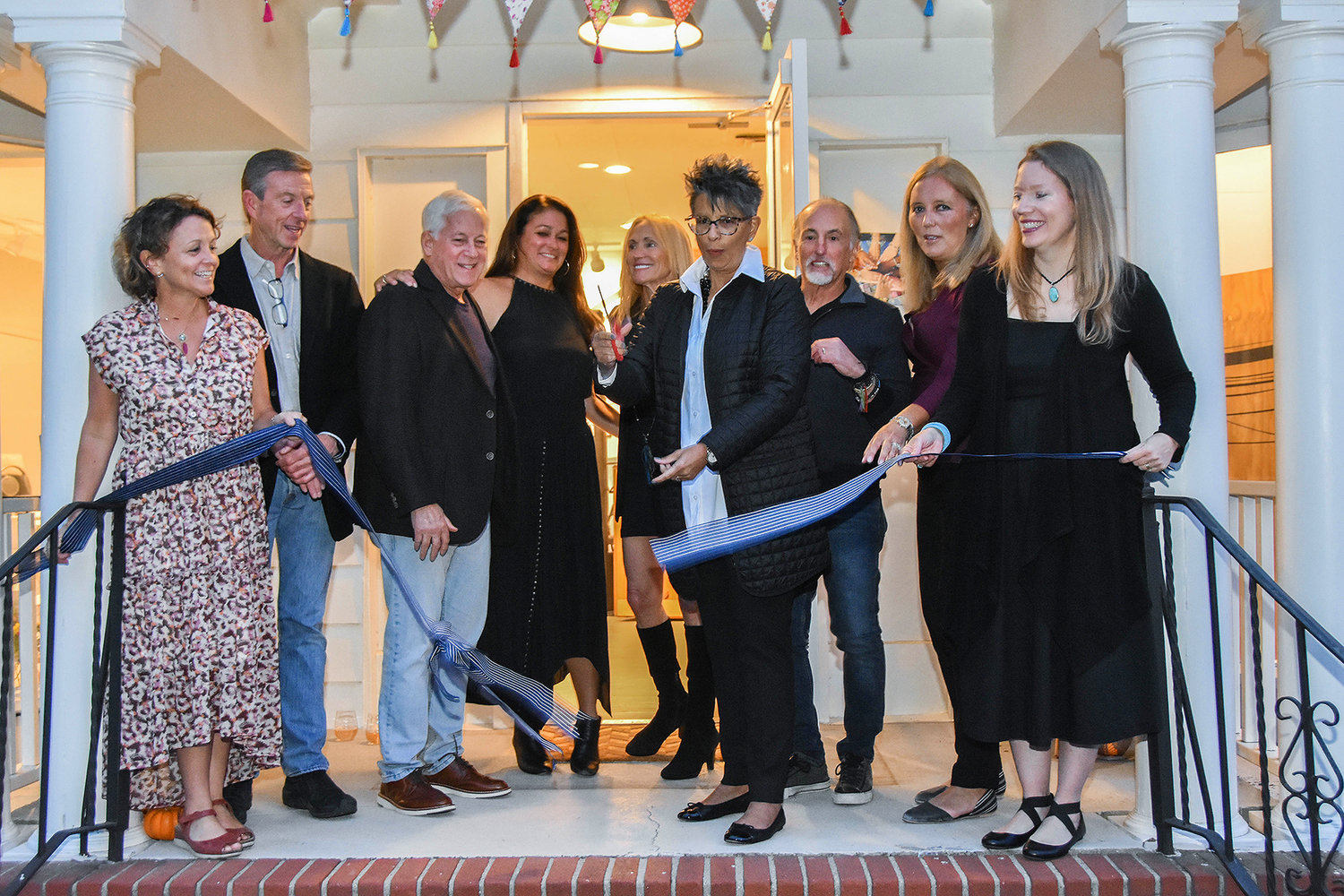 Members of the Arts Council and government officials helped cut the ribbon before opening the doors of the new building.
Courtesy Bill Hunt 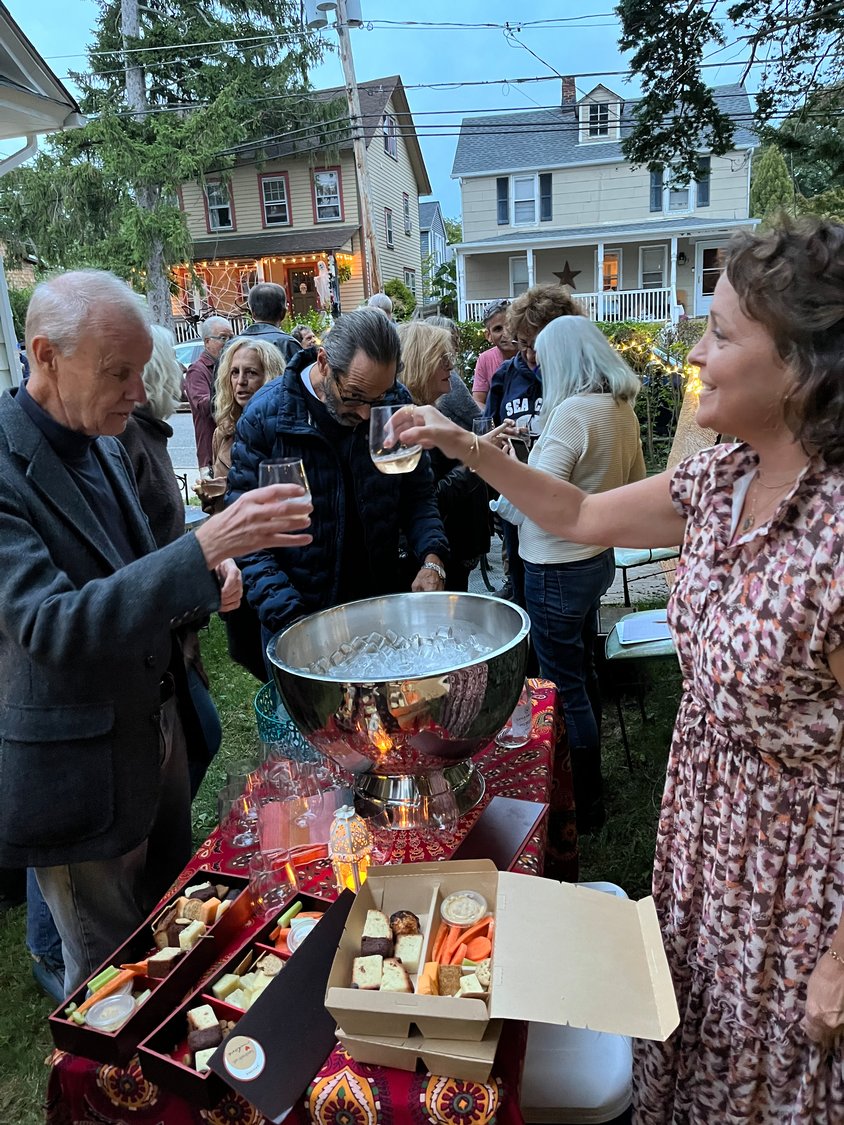 Arts Council members had wine and hors d’oeuvres ready for attendees, some of whom gathered in the new building’s garden.
Will Sheeline/Herald 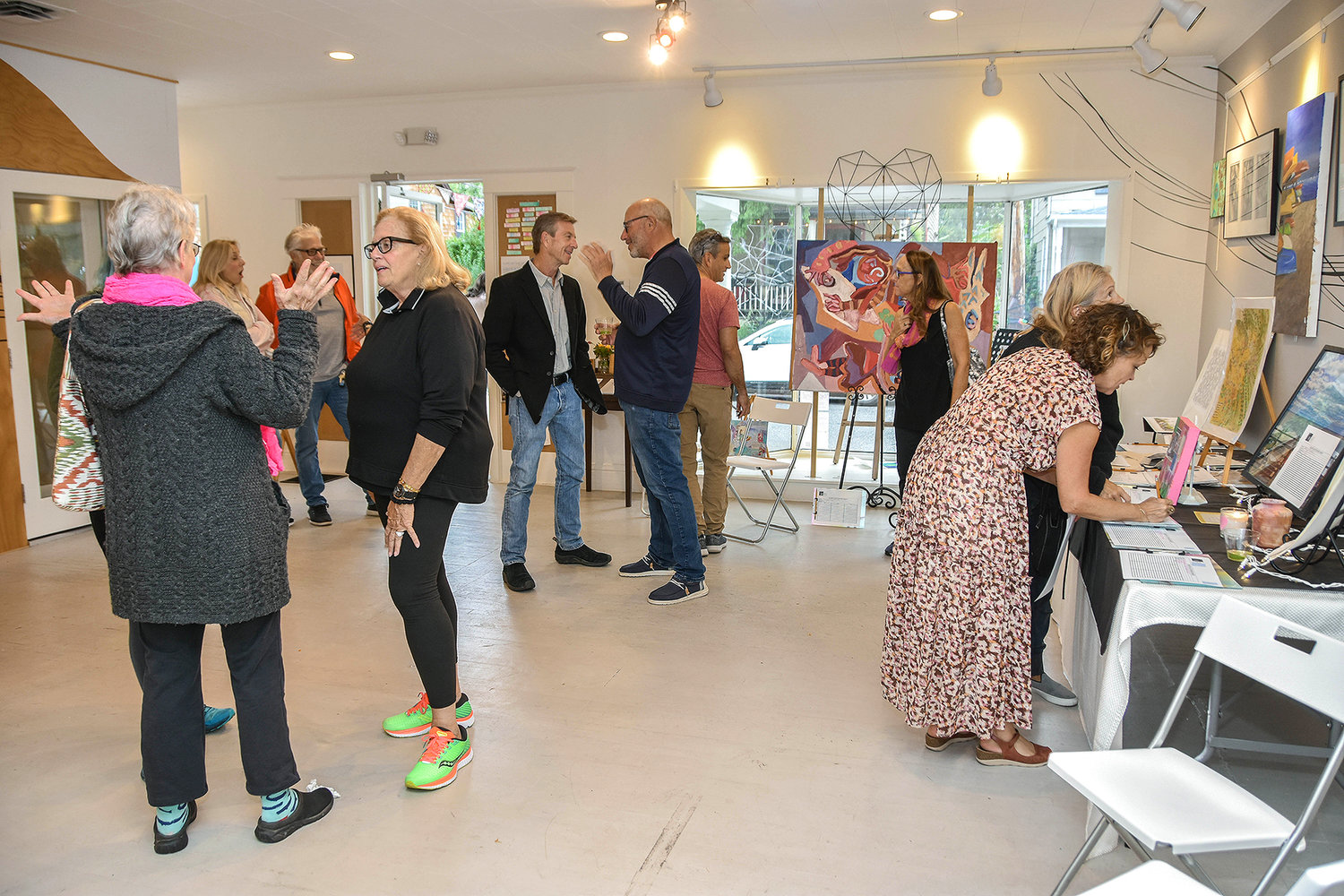 A variety of art was on view at the ribbon-cutting for the new Sea Cliff Council for the Arts building.
Courtesy Heidi Hunt
Previous Next
By Will Sheeline

It was all art, smiles and music at the ribbon-cutting for the new Sea Cliff Council for the Arts building.

Residents, artists, lovers of the arts and local politicians gathered on Sept. 30 to celebrate the organization’s first home.

The Arts Council, a nonprofit, was founded in 1999 by then Mayor Claudia Moyne, who was on hand to celebrate the culmination of the group’s 23 years of work. The council’s goal is to support and promote the arts in the community by ensuring their prominence and vital presence in the village.

In a speech at the ribbon-cutting, Kat DiResta, chairwoman of the Arts Council, reflected on how surreal it felt to finally have their own space, and highlighted the important contributions of the village and its residents in making the Arts Council what it is today.

During the event, residents enjoyed appetizers along with wines and champagne. Music was played throughout the evening, provided by local musician Frank Ferrara and others.

Several paintings and drawings by local artists filled the walls, giving the space a taste of art shows and galleries to come. Attendees were even able to bid on the art pieces, and nearly all the pieces had a bid by the end of the evening.

The focus is not on any one form of art. The organization has supported everything from music to painting to cultural programs. One of the Arts Council’s well-known artistic promotions is its monthly exhibits featuring the works of Sea Cliff and north shore artists at the Sea Cliff Village Library.

The new building, at 86 Roslyn Avenue, welcomed more than 60 people who filed in and out through the course of the evening. The building will allow the Arts Council to expand its range of operations, with several rooms available for students and residents to receive musical tutoring and training.

Having a location and base of operations for the Arts Council, its leadership believes that they will be able to reach people in the community through more artistic exhibits and events. It will allow the Arts Council to support local businesses, by holding events catered or sponsored by local restaurants, which they said was an integral aspect of the relationship between the arts and the community.

The public officials each praised the Arts Council, its new building and the unique village that enabled such an organization to flourish, with both DeRiggi-Whitton and Lavine awarding the Arts Council public citations.

“The arts have been a part of Sea Cliff for as long as I could remember, but they’ve sort of wandered through the community; they now have a home,” Villafane said. “And with a home, it will allow them to grow and to reach out to the community.”

“This is just exactly what Sea Cliff is,” DeRiggi-Whitton added. “It’s love and it’s community and it’s art, and this is a perfect home for it.”