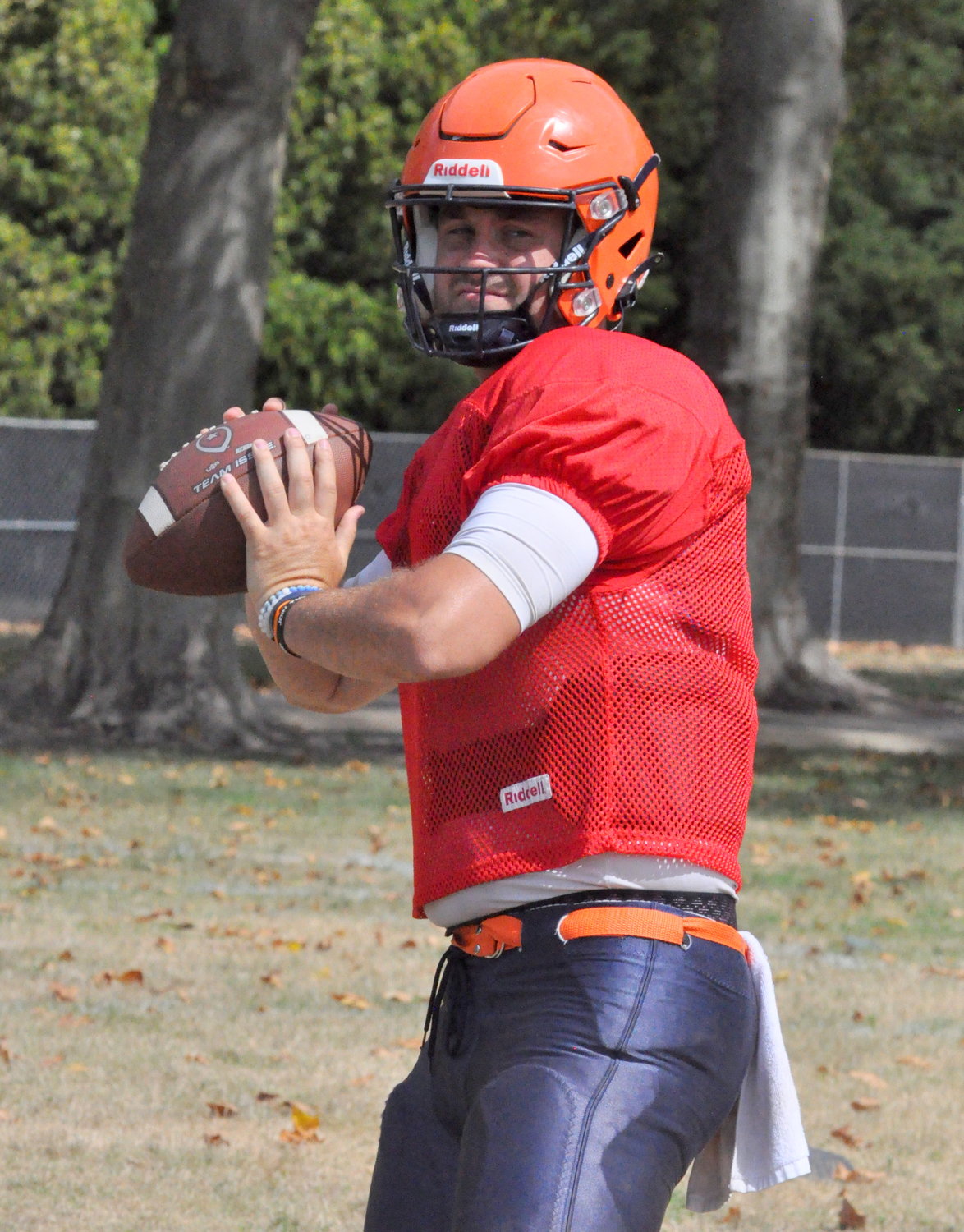 Nassau Community College’s football team will lean on a mix of returning starters and newcomers to lead the way this season.

The Lions were the No. 1-ranked NJCAA Division III program most of last season and are looking to get back to the championship game (Red Grange Bowl in Glen Ellyn, IL) after falling just short to DuPage, 34-29, after beating the Chaparrals by two points during the regular season.

“Last year was a challenge coming off the canceled 2020 Covid season, but I thought we handled it quite well,” Nassau CC head coach Jamel Ramsay said. “It was a tough ending. We were down pretty big at halftime, fought back to take the lead in the last minute but couldn’t hold on.

“We’re excited about the opportunity to return to that stage,” he added. “We have strong returning talent and I thought we added some nice pieces to fill voids.”

The Lions, who finished 6-4 last season, traditionally field a fierce defense and Ramsey believes the foundation is in place for the unit to thrive again.

Winey, a former standout at Lindenhurst High School, and Ware lead the linebacker corps. Both are returning starters who go sideline to sideline and excel at tackling, Ramsay said. “Jack was one of our defensive leaders last year and came into camp in outstanding shape,” the coach noted. “Jaylen is similar. He’s a tough, strong kid.”

Hernandez is a shutdown cornerback who’ll get the toughest weekly assignment in the secondary, Ramsay said. “He’s not the biggest guy [5-foot-9] but he can go against big receivers and shut them down,” Ramsay said. “He has great all-around skills and is one of our vocal leaders.”

Campbell will spearhead the pass rush from the edge and comes off an impressive first season. “I’m excited to see what he can do after last year,” Ramsay said.

Wright, from Dix Hills, is one of the defensive X-factors. He’s been dynamic in camp and will start at safety. “He looks to be a force to be reckoned with,” Ramsay said.

Offensively, Ramsay is looking for the Lions to take things up a notch under the direction of new quarterback Luke Sprague, a transfer from LIU-Post. “He’s a tremendous pocket passer with an extremely strong arm,” Ramsay said. “We feel he’s someone who can elevate our offense to another level for the next two years.”

Sophomore John Beaubrun, a Valley Stream Central High School graduate, leads the receiver corps and is also a key on special teams as a return option. “John had some big catches and a handful of touchdowns last year,” Ramsay said. “He has good speed and hands and runs sharp routes.”

Versatile sophomore tight end Greg King, a 6-foot-4 target, also returns and will provide yardage through the air and blocking.

The feature running back is former Sewanhaka High School standout Brian Lowry. “He’s a tough downhill runner with deceptive speed,” Ramsay said. “He’s patient and strong and we’re looking for him to build on last year.”

Anchoring the offensive front is sophomore center Kwami Frimpong, a talented all-around lineman and a leader in the huddle. “He’s crucial to everything we do on offense,” said Ramsay, who is also counting on returning starting sophomores Shamar Riley (tackle) and Kasper Borawski (guard) to get the job done in the trenches.

The special teams legwork will be handled by kicker Thomas Zebransky and punter Nick George.

“We have a lot of challenges on the schedule that we’re pumped about,” Ramsay said.