Bonanza, a community staple for over 120 years 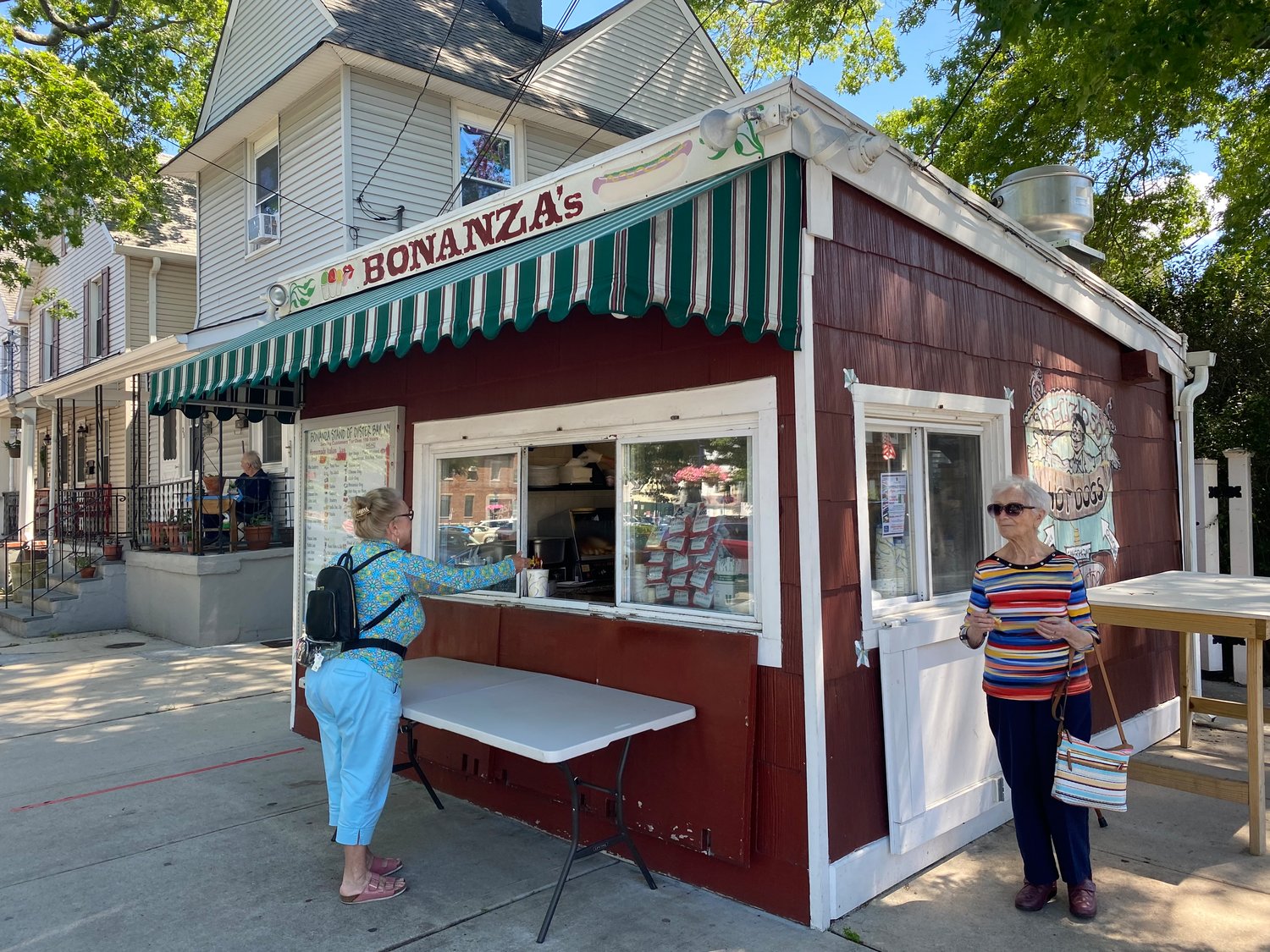 Linda Riddell, left, and her aunt, Mary Ziegner, have been customers at Bonanza for years because they love the hot dogs sold there.
Seraina Caveizel
By Seraina Caviezel

What sets Bonanza's stand apart from the rest? It's the talent, said Philip Bonanza, the current owner of the stand.

He is the third generation owner of the Bonanza Stand of Oyster Bay. His grandfather came from Italy in the late 1800s with a dream to sell his homemade Italian ices. He settled down on Shore Avenue in Oyster Bay where the stand is still located today.

Bonanza’s is known for selling hot dogs and over 100 unique flavors of Italian ices, ranging the gamut from chocolate to rainbow. But what is not well known is the history of the business.

“A lot of people don’t know the full history. It will be four generations; I hope it’s four,” Bonanza joked. “That’s unique, you don’t see too many businesses with that type of longevity and business with the family.”

With summer less then two weeks away, business at Bonanza’s is picking up again, and the hours at the stand are getting longer each day. Philip and his wife, Patricia, come in almost every morning before the stand opens at 11 a.m. to make the homemade Italian ices.

There are two large Italian ice machines in a building behind the stand. Philip demonstrated the process of making the ices, specifically the chocolate ice, using a spatula to show the importance of having the right consistency when making the ice.

“We make everything fresh,” Philip said. “No preservatives in the ices.”

Customers usually come to the stand during the workday, on their way to the beach, or after school.

“I raised three sons here,” said Judy Reimels, who found Bonanza’s years ago when she was working around the corner from the stand. “[We bought] Italian ices after baseball games. My kids went to St. John’s. I would pick them up and we would come here.”

Patricia, said what was most impressive about her business were the employees, who once worked there while in high school and return each summer as college students. Many even come back with their own children.

“That’s what makes the business go,” she said. “The customers love the employees, they are very loyal, and they add to the business.”

Chris Tax, an employee and Oyster Bay High School senior, said he's known about Bonanza's for a long time and loves working there. Having been in the hamlet for 127 years, he said people like Bonanza's atmosphere and the customer service. "Everyone is so nice," he said. "The Oyster Bay community absolutely loves this place. It’s like locally famous.”

And customers who have been coming to Bonanza's for a long time know that it hasn’t changed. According to Philip, they don’t change the product, they add to it.

Brenda Ellis, a customer and former Oyster Bay resident, said that when she was living in the hamlet she would come every single Saturday and some Sundays in the afternoons, even though it was always so crowded. Although she now lives in Manhattan, she still comes back to Bonanza’s when she's visiting the hamlet.

Philip said nobody in the family knew why his grandfather chose to settle in Oyster Bay, but when asked if they would ever move to another location, he answered there is no reason to.

“Great ices, great food, great people,” Reimels exclaimed. “I don’t know any other places around like it." Then tossing her hotdog wrapper into a nearby garbage can she added, "That was delicious.”