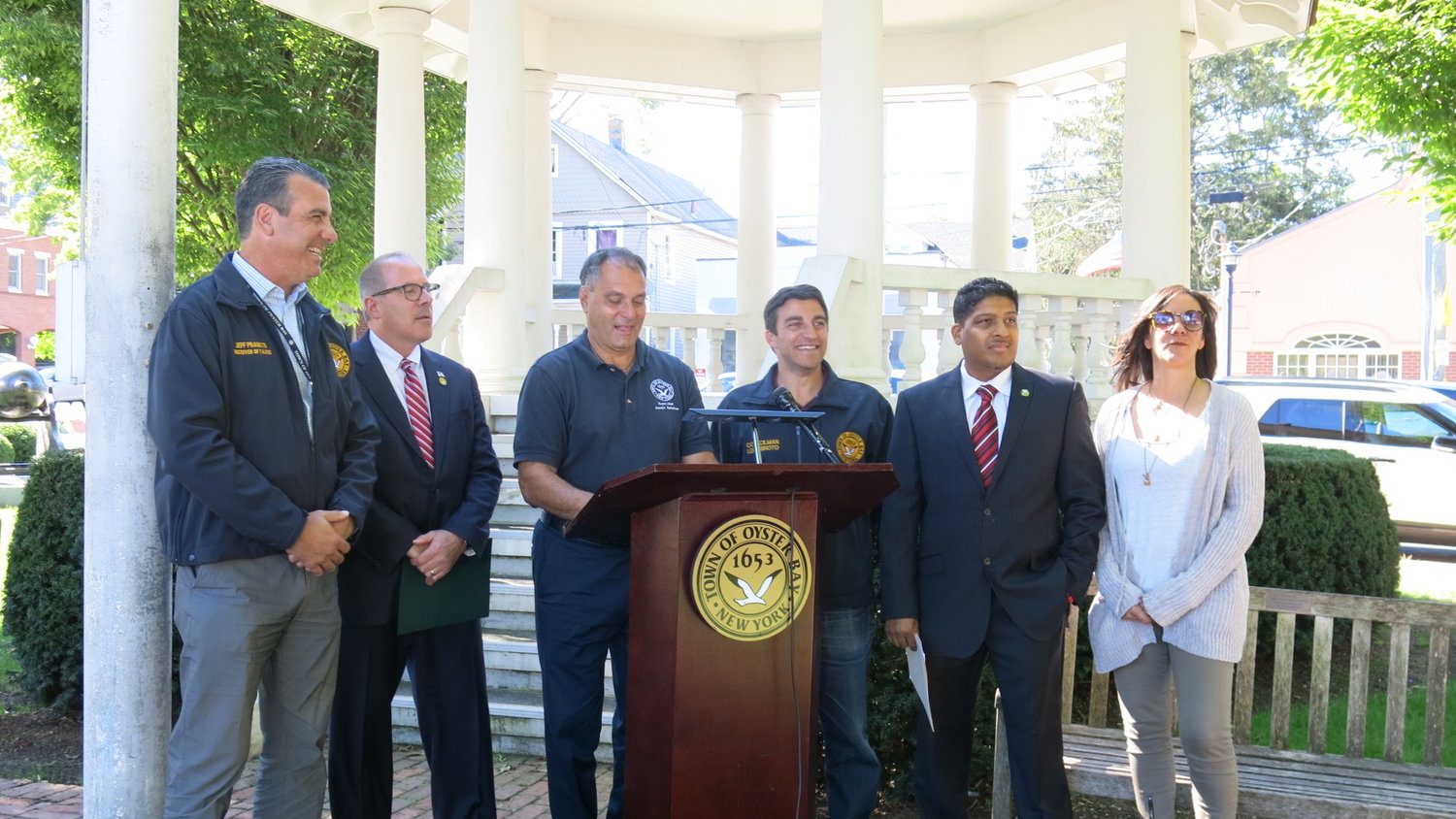 Just in the past few months, we’ve seen several new businesses open and are looking forward to another half dozen in the coming weeks.”
Ravin Chetram OBEN Chamber of Commerce, vice president
By Laura Lane

The Oyster Bay-East Norwich Chamber of Commerce and the Town of Oyster Bay partnered to make Oyster Bay Day, a street fair, possible. Residents and visitors can explore the hamlet’s many offerings, which will include a kids’ zone, in a family-friendly event from 10 a.m. to 6 p.m.

The Oyster Fest, as the larger event is known, is sponsored by the Rotary Club each year. The weekend-long event usually draws 150,000 to 250,000 people, most from outside Oyster Bay. It was canceled in 2020 and again this year because of the coronavirus pandemic.

There was another reason, too. The organizer, Jim Fuccio, died of a Covid-related illness last December, and Mel Warren died in August of a stroke. He organized the craft portion of the festival, a big undertaking. And Walter Imperatore, who worked tirelessly on the event, retired and moved to Florida.

But Beverly Zemco, the festival’s co-president, said there was much discussion among Rotarians before they decided to cancel. “We had to make a decision this year in February, because the festival takes so much planning to organize,” Zemco said. “The [coronavirus] variant was prevalent, and gaining speed then. We’re in a cocoon here in Oyster Bay, with not a lot of cases. We didn’t want to tip the apple cart.”

The Rotary Club is also supporting Oyster Bay Day, Zemco said, adding that she hoped it would attract residents and benefit local businesses. “We have many crafters and restaurants here,” she said. “If we can focus on them and give them business, that would be great.”

“This is good news for local merchants, residents and people who enjoy coming to Oyster Bay in the fall,” Supervisor Joseph Saladino said. “We want to make sure people don’t miss out this year, and continue the tradition of celebrating oysters, and what better way to build up an appetite?”

The Oyster Fest supports charities, because that's what rotaries do. Oyster Bay Day will benefit businesses because chamber president Ryan Schlotter explained, that is the chamber's purpose. “We were going to have this event whether Oyster Fest happened or not,” Schlotter said. “And after the festival was canceled, we had to do something, because our businesses count on Oyster Fest. The chamber is here to support business.”

Small businesses have been hurting since the pandemic began, and need a boost, chamber Vice President Ravin Chetram said, which the chamber hopes Oyster Bay Day will provide.

There has been some progress this year in the Oyster Bay-East Norwich community, Chetram added.  “Just in the past few months, we’ve seen several new businesses open and are looking forward to another half dozen in the coming weeks,” he said. “With all that has gone on in the last year and a half, we, the chamber, are happy and proud to be a part of the progress in helping with the growth of businesses and the community to a point even bigger and better than it was pre-pandemic.”

The town got involved when the chamber reached out to Town Clerk Richard LaMarca, who has volunteered for years at the Oyster Fest, helping the Rotary with the setup. LaMarca spoke to Saladino, who thought the street fair was a great idea.

The event will follow the Supervisor’s 5K, a popular race that traditionally winds through the hamlet on the Saturday morning before the Oyster Fest begins.

Some 30 businesses are taking part. There will be live music by School of Rock, and activities for children on lower Audrey Avenue. They can decorate pumpkins in a pumpkin patch, explore their creative side in a chalk zone, and take part in several interactive activities.

There will be an Italian ices truck, and the Shucking Truck will offer a raw food bar that will include oysters and clams. There’s even an opportunity to try ax throwing.