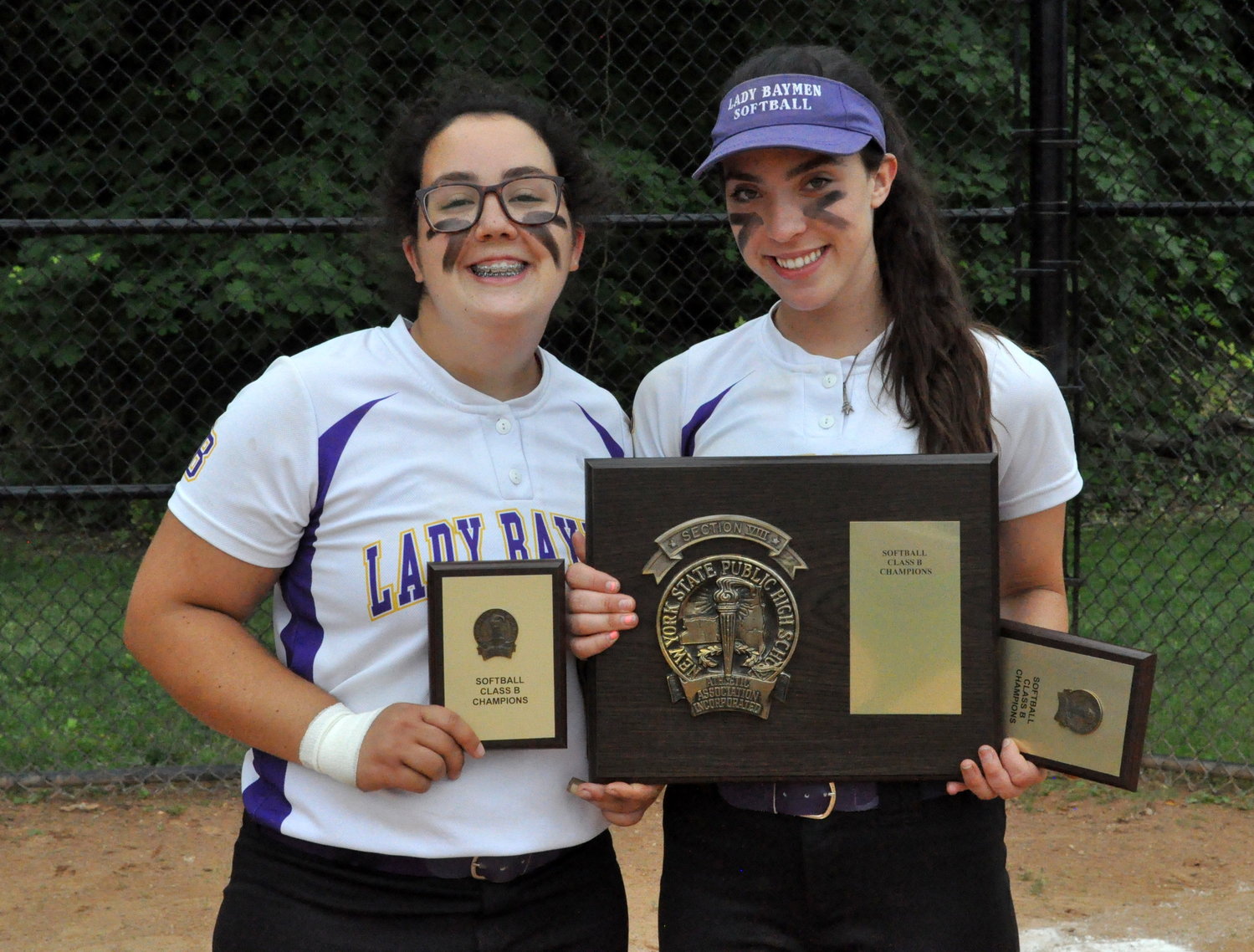 It’s been a considerable season of growth for Oyster Bay softball despite the absence of a JV program and a varsity roster consisting of only two seniors and a handful of newcomers to the sport.

“We improved tremendously,” coach Victoria Wink said after Oyster Bay captured the Nassau County Class B championship last Saturday morning with a 3-1 victory over visiting Wheatley in the third and deciding game of the best-of-three finals at James H. Vernon School.

“I’m so proud of these girls,” she added. “It was a silent bus ride home from Wheatley after we lost Game 2 and to me that meant they were reflecting on what just happened and focused on what they had to do better today.”

The Lady Baymen, seeded No. 3 in Class B, scored once in the bottom of the third on junior catcher Meghan Cox’s RBI single and increased their lead to 3-0 in the fourth when eighth-grader Olivia Cruz drove home freshman Ciara Barefoot with an infield single and junior Marissa Iemmiti scored on an error.

Senior pitcher Skylar McEvoy allowed just a single run in the fifth in her fifth straight strong performance in the circle. Cox made a key play in the fourth when she caught Wheatley’s Shannon Flachner trying to steal second after a leadoff single.

“That was the play of the game,” Wink said of the caught stealing. “Their next batter singled, so if Meghan doesn’t make that perfect throw and Kaitlyn [Aasheim] a perfect tag, it might have been a different game.”

The Lady Baymen won four playoff games, beginning with a 12-0 victory over Malverne in the opening round. They knocked off No. 2 West Hempstead in the semis, 16-2, and took the first game of the finals 11-2 before Wheatley forced a decisive third game with a 2-1 win in Game 2.

Oyster Bay, which plays for the Long Island Class B championship this Saturday at 1:30 p.m. against the Suffolk County representative, overcame a challenging start that saw it lose its first nine games against Conference 4 rivals. “It wasn’t easy jumping right into the conference schedule and squeezing everything into a month that usually takes two months,” Wink said. “The conference we were in definitely prepared us for the postseason.”

McEvoy, who pitched and played shortstop, and Emma Guarini, an outfielder, are the only seniors on Wink’s 13-player roster. Guarini drove in four runs in the first game of the finals. McEvoy has been lights-out down the stretch and earned All-County honors. She’s batting .400 with 13 RBIs. “Skylar sets the tone for us,” Wink said. “She has been a dominant pitcher in the postseason and we made all the routine plays along with some great defensive plays behind her.”

Cox had an outstanding year behind the plate and also drove in 14 runs to lead the team. Cruz, who played first base and recorded the final out of the county finals on a grounder, had an impressive first varsity season, batting over .350 and picking up All-Conference honors. Iemmiti took hold of the second base job late in the year and provided solid defense. At shortstop, Aasheim, who pitched when McEvoy didn’t and also played third base, enjoyed a monster season with a .455 batting average and 12 RBIs. Barefoot played third base and shortstop and had a knack for getting on base, Wink said.