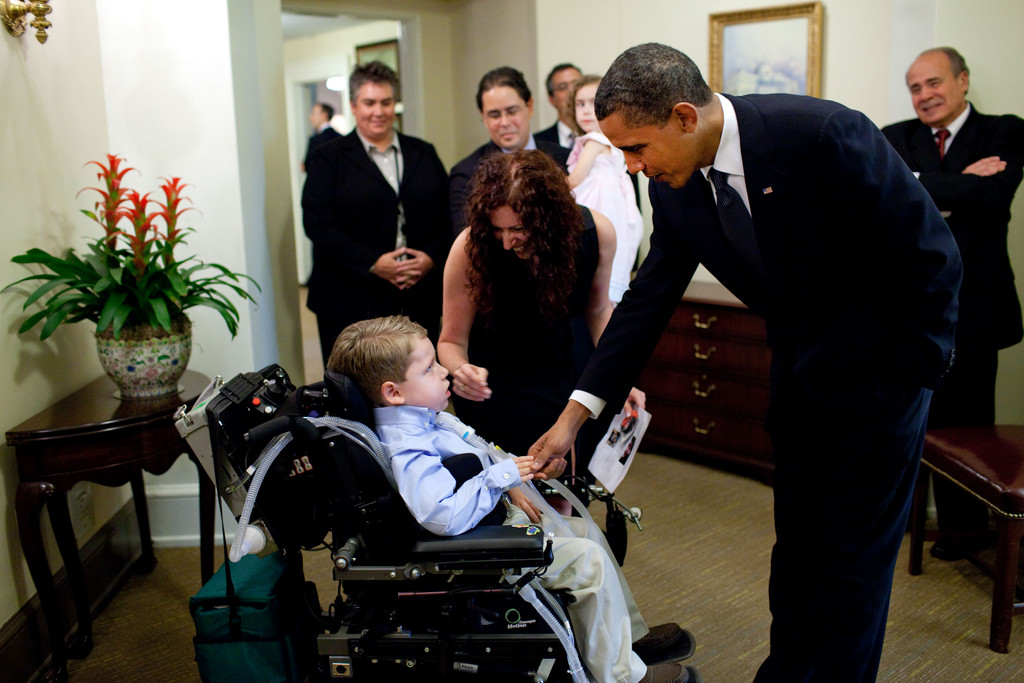 Rockville Centre resident Dylan Cuevas, 7, who has spinal muscular atrophy, used his Make-A-Wish to meet President Barack Obama last year, telling him about the disease and raising awareness of it. With his parents Debbie and Ron Cuevas, sister Heather and grandfather John Martin, Dylan was greeted by the president in the West Wing Hall outside the Oval Office on May 25. The family also met with Sen. Chuck Schumer and Rep. Carolyn McCarthy during their visit to Washington, D.C.