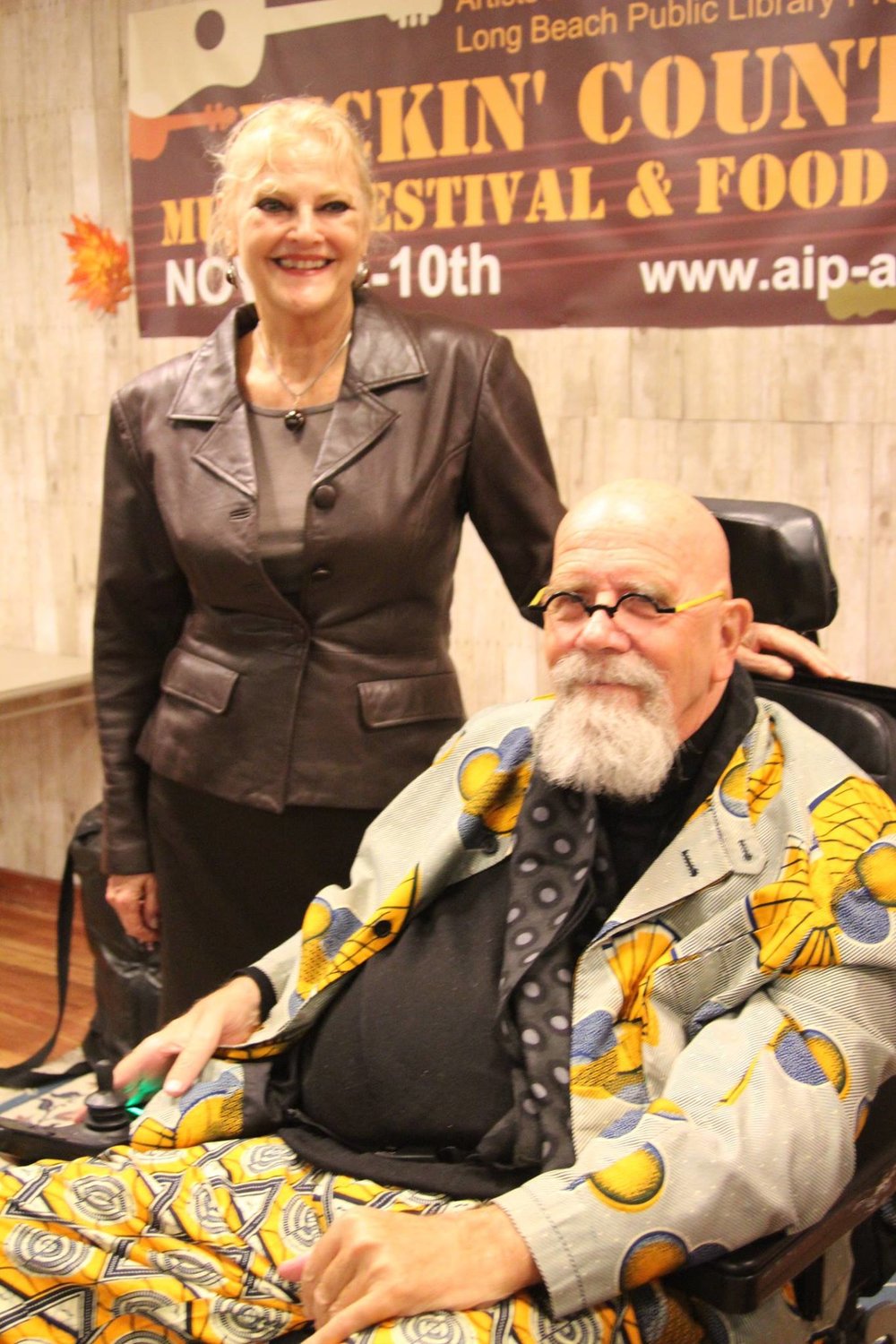 What people in and out of the art world will remember most about Chuck Close is his face.

That’s because the world-renown artist, who died Aug. 19 at Mount Sinai South Nassau Hospital in Oceanside at age 81, was most famous for his gigantic, black-and-white “Big Self-Portrait,” which shows in stark relief his unkempt hair and cigarette smoke curling from a butt hanging from his mouth.

Over the decades, Close, who lived in Long Beach at least part of the year and in Florida the remainder of the time, became one of the word’s best-known portrait painters.

“It was like having Picasso living in your town,” said Eve Hammer, a Long Beach artist and director of development for the Long Beach Council for the Arts.

“I want him remembered as a Long Beach neighbor,” Hammer said. “A lot of my friends knew him. A lot of storeowners knew him. He was very soft-spoken, very energetic.”

Close was best-known for the big heads he created in a process that astounded the art world: He broke down photographs into tiny grids and then blew them up, re-producing them square by square into giant canvasses. He even used a forklift, a platform and a chair to allow him to get around the entire painting with ease, according to numerous articles about his work.

Hammer first met Close around 2015 at the Farmer’s Market at Kennedy Plaza outside City Hall.

“I introduced myself, and we talked about food,” Hammer said. She was working at the time at a Long Beach restaurant, Lost and Found, and invited Close to visit there.

“He would come a lot with friends and assistants,” Hammer said. “I made space for him with little notice. I showed him the art work I was doing.”

Hammer said she got to see Close’s art gallery in Long Beach. “I saw him break down the process” of his work, she said. “It was mind-blowing.”

Close was not only a painter, but also a photographer. He took pictures of Hollywood movie stars, and became so well-known that he once painted former President Bill Clinton.

Johanna Mathieson-Ellmer, executive director of Artists in Partnership Inc., heard Close give a talk at the Long Beach Public Library 2013.

“He talked about the creative process,” she said.

Close had moved to Long Beach in 2013, from East Hampton. “The thing that stays with me is he talked about the light in Long Beach. He had lived in the Hamptons and he noticed” the same type of light there.

“That has stayed with me,” Mathieson-Ellmer said. “He said that was the thing that impressed him here, the light.”

Mathieson-Ellmer said she found Close “very present. He was very now. You had his full attention.”

Close could be seen on Long Beach streets in his wheelchair. In 1988, he suffered a collapsed spinal artery, which left him paralyzed from the neck down. But he regained movement in his arms, and was able to paint using brushes attached to his hands.

Close had other medical problems, as well as having to deal with accusations from several women who accused him of sexually harassing them at different times between 2005 and 2013. He told the New York Times, “If I embarrassed anyone or made them feel uncomfortable, I am truly sorry. I didn’t mean to. I acknowledge having a dirty mouth, but we’re all adults.”

In 2013, Close received a diagnosis of Alzheimer’s disease, which was later changed to frontotemporal dementia. The Mayo Clinic’s website says the disease can cause “increasingly inappropriate social behavior.” His work was removed from some museums.

Close was born in 1940 in Monroe, Wash., and attended the University of Washington in Seattle. He later entered the Master of Fine Arts program at Yale University. He moved to Manhattan in 1967 and had his first gallery show in New York in 1970. He later served on the boards of museums, including the Whitney Museum of American Art.

His work was on exhibit at museums in New York, Hong Kong, Moscow, Germany, Madrid and other European cities. In 1975, his work began to be shown regularly at the Pace Gallery in Manhattan.

Close’s work was not always easy to define, and it  changed over time, some of it because of his physical problems. In an interview about his work, Close told The Times: “I don’t predict what I’m going to do. I don’t plan ahead that much. It doesn’t matter what or where the whole art world is going. I’ve got my own little trajectory.”