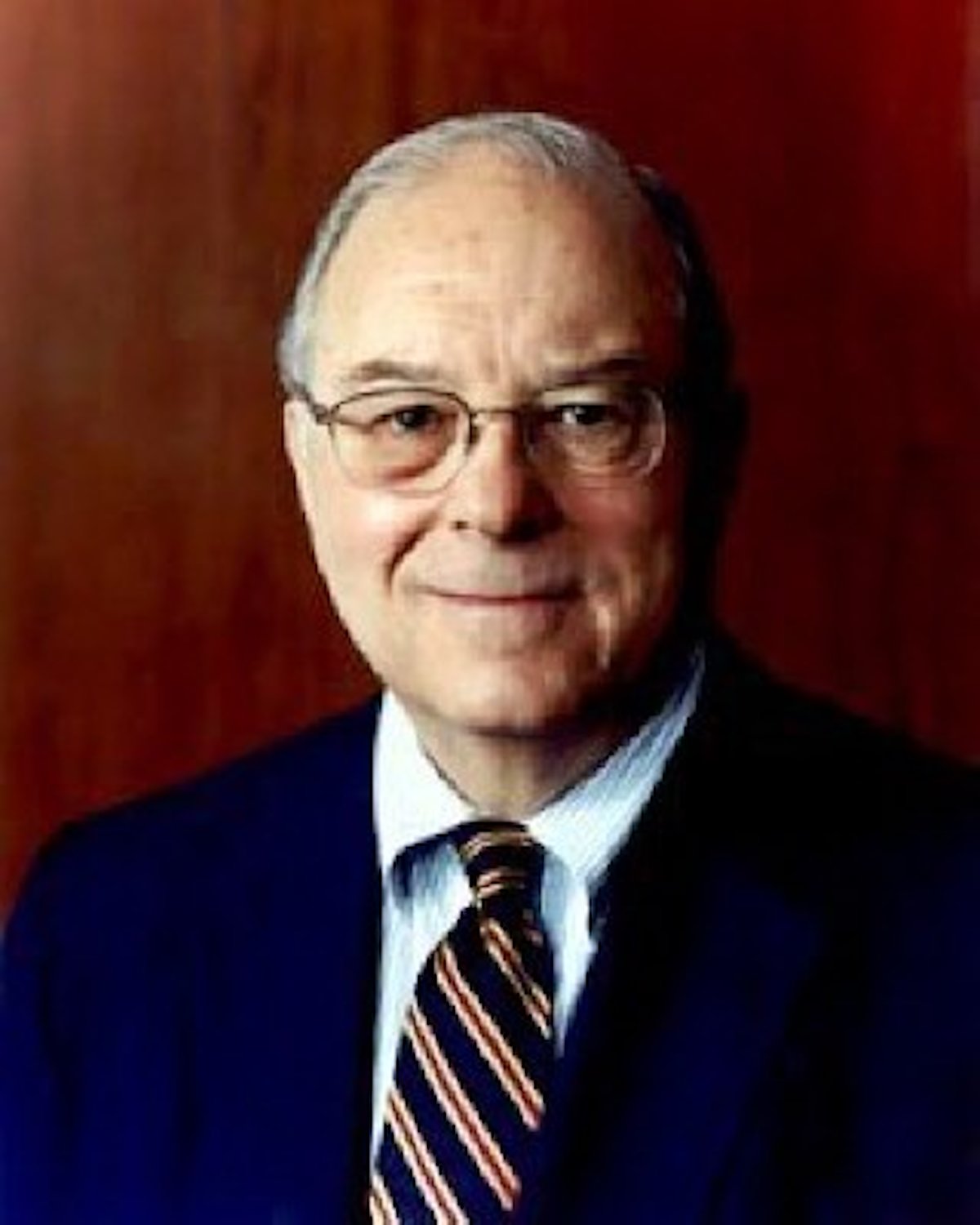 John Daniel Hawke, Jr., the 28th U.S. comptroller of the currency, formerly of Rockville Centre, died in his home in Washington, D.C. on Jan. 3 surrounded by his family. He was 88.

Hawke was born in New York City on June 26, 1933, the son of Olga Buchbinder and John Daniel Hawke, who lived in Rockville Centre. Hawke went on to become an accomplished lawyer who served in all three branches of the U.S. government, He was once called “the dean of American bank lawyers” by the New York Times.

Known to most everyone as Jerry, he was a loving father and grandfather, devoted husband and brother, loyal partner and friend, confident cook and beautiful writer. His dry wit, keen intelligence and moral standard were evident in all he undertook.

Hawke grew up in Rockville Centre and attended South Side High School. As a boy, he accompanied his father, a civic leader, on his rounds as an air raid warden. A child of the Great Depression and the second World War, he still enjoyed a charmed childhood, taking pride in becoming an Eagle Scout and a summer camp bugler.

Hawke graduated from Yale University, where he majored in English. A member of Elihu, one of the university’s senior societies, he bonded with the friends he made there, and their spouses, for life.

After college, he joined the U.S. Air Force at Eglin Field, Fla., as a second lieutenant and worked as a public information officer. He and his desk mate Hunter S. Thompson talked about becoming writers and debated literature. Years later, Thompson would telephone him by collect call in the middle of the night to inquire whether he still considered “The Great Gatsby” to be the greatest American novel. Hawke considered becoming a teacher and flirted with an offer to teach English at Oxford, but chose a different path, which at times he regretted.

Graduating at the top of his law school class, he was editor-in-chief of the Columbia Law Review, and a law clerk to Judge E. Barrett Prettyman on the U.S. Court of Appeals for the District of Columbia Circuit.

In the early 1960s, Hawke worked as counsel to the Select Subcommittee on Education in the House of Representatives. As he set off for a trip to San Francisco in 1961 for field hearings on the arts, staffers in Congressman Jack Shelley’s office asked him to deliver a box of sugar cookies from the Longworth House Office Building cafeteria to their colleague Josephine Marie Reddan. He did, and he fell in love at first sight. They married on June 15, 1962, had four children, and enjoyed a wonderful life together until her death in 1991.

Hawke practiced law at Arnold & Porter for nearly 60 years, with intervening stints in government. He established the firm’s financial institutions practice and served as chairman of the firm from 1987 until 1995. Previously, Hawke was general counsel to the Board of Governors of the Federal Reserve System from 1975 to 1978 under Chairman Arthur Burns.

In the early 1980’s, his law practice took off, attracting many of the country’s largest banks and financial institutions as clients and putting Hawke at the center of some of the most consequential matters in the industry. In 1985, Hawke argued the case Board of Governors of the Federal Reserve v. Dimension Financial Corporation before the U.S. Supreme Court and secured an 8-0 victory. He authored a treatise on banking regulation and was appointed to a blue-ribbon panel to study the role of the futures market in the 1987 stock market crash. A mentor to a generation of up and coming banking lawyers within the law firm, he also taught banking law at Georgetown Law School and Boston University School of Law, where he was chairman of the Board of Advisors at the Morin Center for Banking Law Studies.

The experiences primed Hawke for two major presidential appointments at the peak of his career. President Bill Clinton named him under secretary of treasury for domestic finance in 1995. He oversaw financial policy and legislation, with frequent trips to Capitol Hill to testify, worked on the debt ceiling showdown with Congress in 1996 and helped roll out the newly redesigned $20 bill. A memorable moment was holding down the fort when the historic treasury building caught fire in the summer of 1996 while Secretary Robert Rubin was on business abroad. When Hawke called the secretary to brief him on the fire, he said, “Bob, I have good news and bad news. The bad news is that the building is on fire. The good news is that it wasn’t the British.”

In 2001, the department bestowed its highest honor upon him: the Alexander Hamilton Award.

Hawke served as the country’s 28th comptroller of the currency from 1998 to 2004, where he administered a network of more than 2,000 national banks, comprising more than half of the assets of the commercial banking system. He was a director of the Federal Deposit Insurance Corporation, the Federal Financial Institutions Examination Council and the Basel Committee on Banking Supervision.

Upon leaving the OCC, Hawke returned to Arnold & Porter, staying active until well into his 80s. Last April, Hawke stepped down from the board of M&T Bank, where he served as a director for nine years and as chairman of the bank’s Risk Committee.

A private burial will be held on Martha’s Vineyard at Oak Grove Cemetery in Vineyard Haven, and the family plans to convene a memorial service later this year.