Will leave office in 14 days 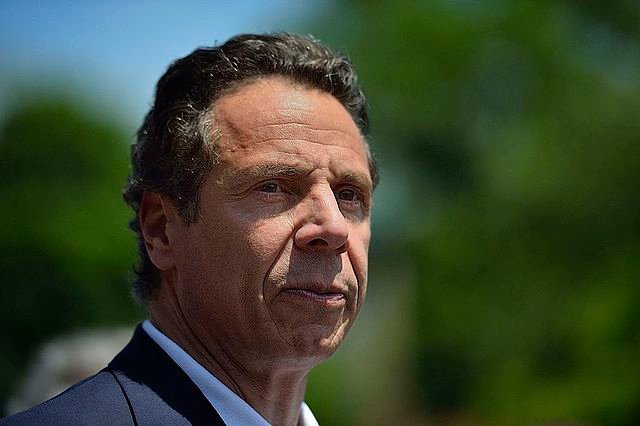 Gov. Andrew Cuomo announced his resignation on Tuesday, catching New Yorkers off guard, particularly after he began his roughly 20-minute-long speech with a seemingly defiant tone, calling himself a fighter.

The Democratic governor, 63, who has been in office since 2011, came under mounting political pressure to resign over the past week, with members of the State Assembly making it clear that they would move forward with impeachment hearings if he did not step aside.

Cuomo was apologetic toward the 11 women who had accused him of sexual harassment, but he denied any wrongdoing, saying it was in his nature to touch and hug those around him, including employees. He engaged in friendly gestures, not sexual advances, he insisted.

Cuomo's resignation will take effect in 14 days, after which New York's lieutenant governor, Kathy Hochul, will take the reins.

After announcing that he would step down, Cuomo listed a number of his accomplishments, saying that New York had legalized gay marriage, banned assault weapons, raised the minimum wage to $15, made college tuition free for middle-class students attending state schools, built and rebuilt airports, bridges and roads, and battled racism and anti-Semitism.

Most recently, he noted, New Yorkers had waged a successful fight against the coronavirus, reducing the state's infection rate from the highest in the nation to among the lowest.

Cuomo spoke directly to his three daughters, ages 26 and 23, saying that he had made mistakes, and that he had apologized for them and learned from them.

Speaking to New Yorkers, he concluded, "Thank you for the honor of serving you."