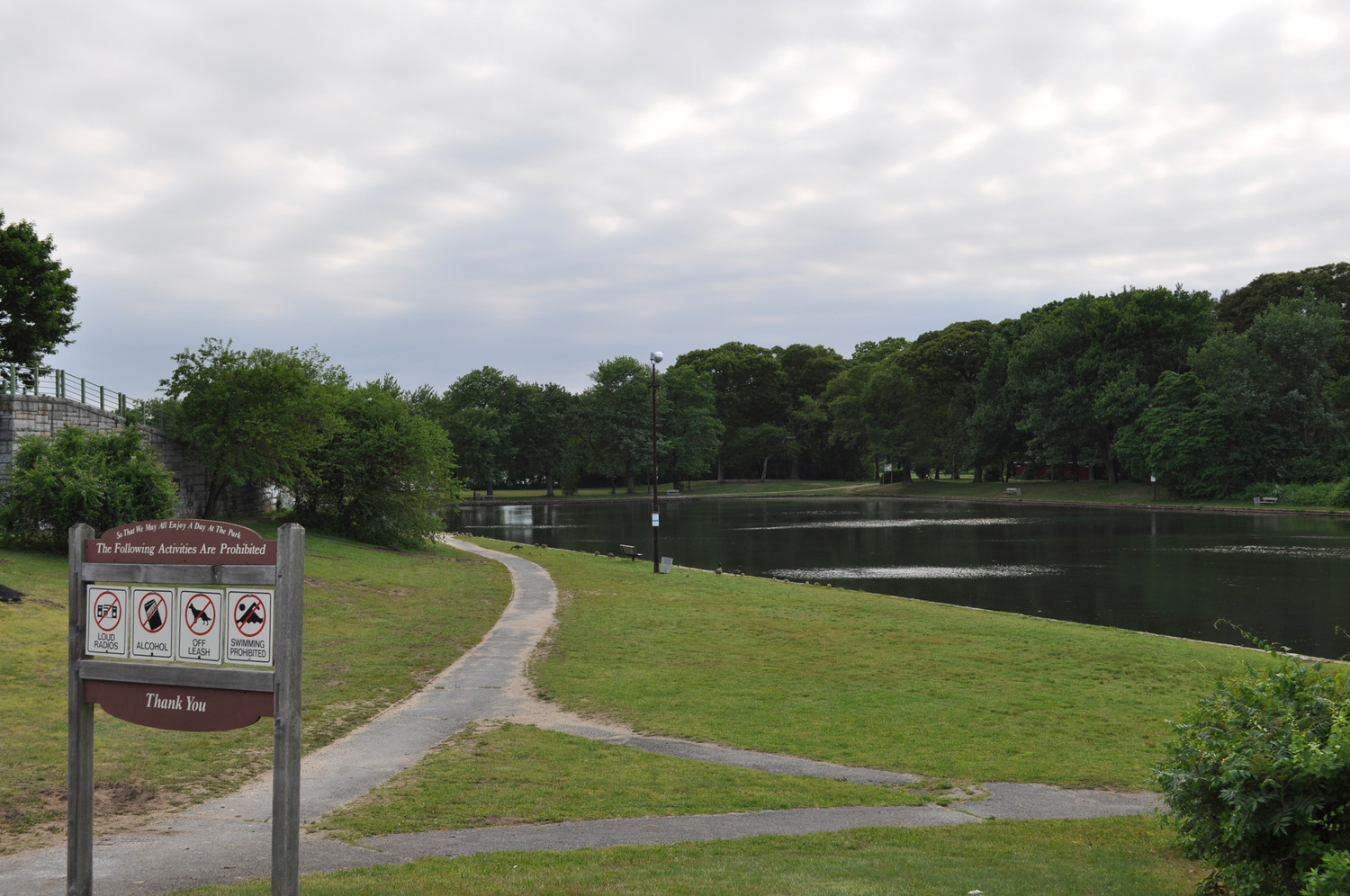 The Governor’s Office of Storm Recovery responded to public input last month regarding the construction of anti-flooding interventions in Hempstead Lake State Park. The project, as part of GOSR’s $125 million “Living With the Bay” initiative, is estimated to cost nearly $36 million in renovations aimed at reducing the impact of flooding and storm surges on the park and surrounding areas.

Other projects within the initiative that could impact the village include nearly $5 million in flood defenses at Smith Pond and a $260,000 “Green Street” project at South Centre Avenue that is designed to absorb floodwater.

The Hempstead Lake State Park improvements are currently under “environmental review,” according to a spokeswoman for the New York State Parks Department. GOSR expects to conclude the review by early 2018, according to a GOSR spokeswoman, and to begin construction shortly after that.

According to an April 2016 cost-benefit analysis, 26 percent, or $9.3 million of the project’s cost, will go toward “greenway and waterfront improvements,” which entails renovations to the bicycle and pedestrian trails that run through the park.

During the public comment period for this project, patrons of the park repeatedly raised concerns over the shared use of new trails with equestrian paths, claiming that bicycles could spook horses and become a danger to the safety of all riders. GOSR replied that “currently, horses and other users share the trail system at HLSP,” and that they have been in contact with the stable owner.”

Alex Jacobson, president of the NY Equestrian Center, the stable that makes use of the park, said that at any given time, between six and 10 of the stable’s horses are using the park, and that he’d like to see “the multi-use path and a bridle path being in different areas of the park.” There are at least three or four different sections of the park, and there’s no need, he said, to have unnecessary contact between horses and other users.

Traffic was another issue repeatedly raised during the public comment section, particularly around the Southern State Parkway’s exit 18 ramp. A one-week traffic study was conducted, GOSR said, and it is exploring the use of “traffic calming measures,” likely speed bumps, along that route within the park boundaries.

Other people at a public meeting held by GOSR in June said that they didn’t want any improvements made to the park. “Do nothing because it will bring in people,” the GOSR document states as a complaint. It replied that part of the project’s goal was “improved waterfront access and social resiliency.”

On its website, GOSR stated that “social resiliency” goals are about providing “environmental stewardship opportunities … through education about resiliency topics relevant to the LWTB project area.” To that end, the project includes a proposal for a $3 million Education and Resiliency Center on the west side of Hempstead Lake, and a series of docks, fishing piers and kayak launches.

One of the public comments suggested that the proposed site of the new building was home to “turtle nests and wildlife.” GOSR responded, “No.”

In terms of flood mitigation, the project consists largely of improvements to the barriers between the various lakes, and a dredging of the park’s Northeast Pond. According to the cost-benefit analysis, dredging the pond would allow almost 2 million additional gallons of water storage in the event of flooding. The dredging would be the second-most expensive component of the park project, costing $8.7 million.

Many of the control systems that moderate the flow of water from one pond or lake to others are outdated or inoperable, according to the CBA. says that “the main resiliency values” of the project are improvements to these dams “that would make the flow control structures operable and provide a means to manage and store flood waters.”

In addition to one-time construction costs, annual maintenance of the improvements would cost an estimated $303,000, which GOSR hopes to offset by bringing in more visitors from the community. An additional 48 parking spaces are proposed, according to GOSR’s responses to the public’s input, noting that there are no plans to increase parking or other park visitor fees.