Debra Sheinin and Chani Jeter win the Hewlett-Woodmere board seats 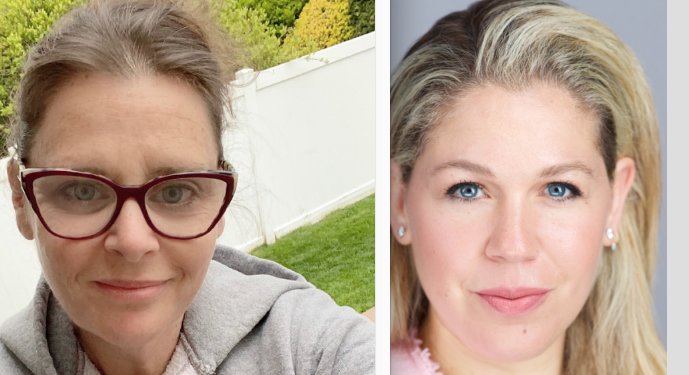 Incumbent Hewlett-Woodmere Board of Education Trustee Debra Sheinin, left, was re-elected and Chani Jeter was elected on May 17.
File photos

The Hewlett-Woodmere school budget includes a nearly $1.3 million increase over the current fiscal plan of $129.5 million. The projected tax levy – the money collected through property taxes – is $108.577 million.

Incumbent Trustee Debra Sheinin won re-election with 1,826 votes and Chani Jeter, one of the four other candidates, was elected. Sarah Fried (1,228), Jack Shafran (1,360) and Ella Zalkind (672) came up short in their bids for the three-year term.

For the fourth straight year in Lawrence the tax levy – the amount of money the district raises through property taxes – is $85.954 million and the tax-cap levy is flat.

The propositions both passed. One asked voters to approve the creation of a capital reserve fund not to exceed $5 million for financing the renovations at the high school, middle school and districtwide technology upgrades. That gained approval; 575 to 273.

The one concerning the approval to buy a piece of property at 21 Henry Street in Inwood for $825,000 to expand the playing area and parking lot at the Early Childhood Center at the Number Four School passed 560 to 299.

Hewlett-Woodmere Public Library's $6.611 million  was approved by a 2,027 to 1,430 count. Incumbent Trustee Shari Braverman was unoposed for the five-yeasr term.

The Peninsula Public Library budget of $3,172 million was approved, 714 to 173. Incumbent Trustee Sarah Yastrab ran unchallenged for another five-year term. she garnered 697 votes.