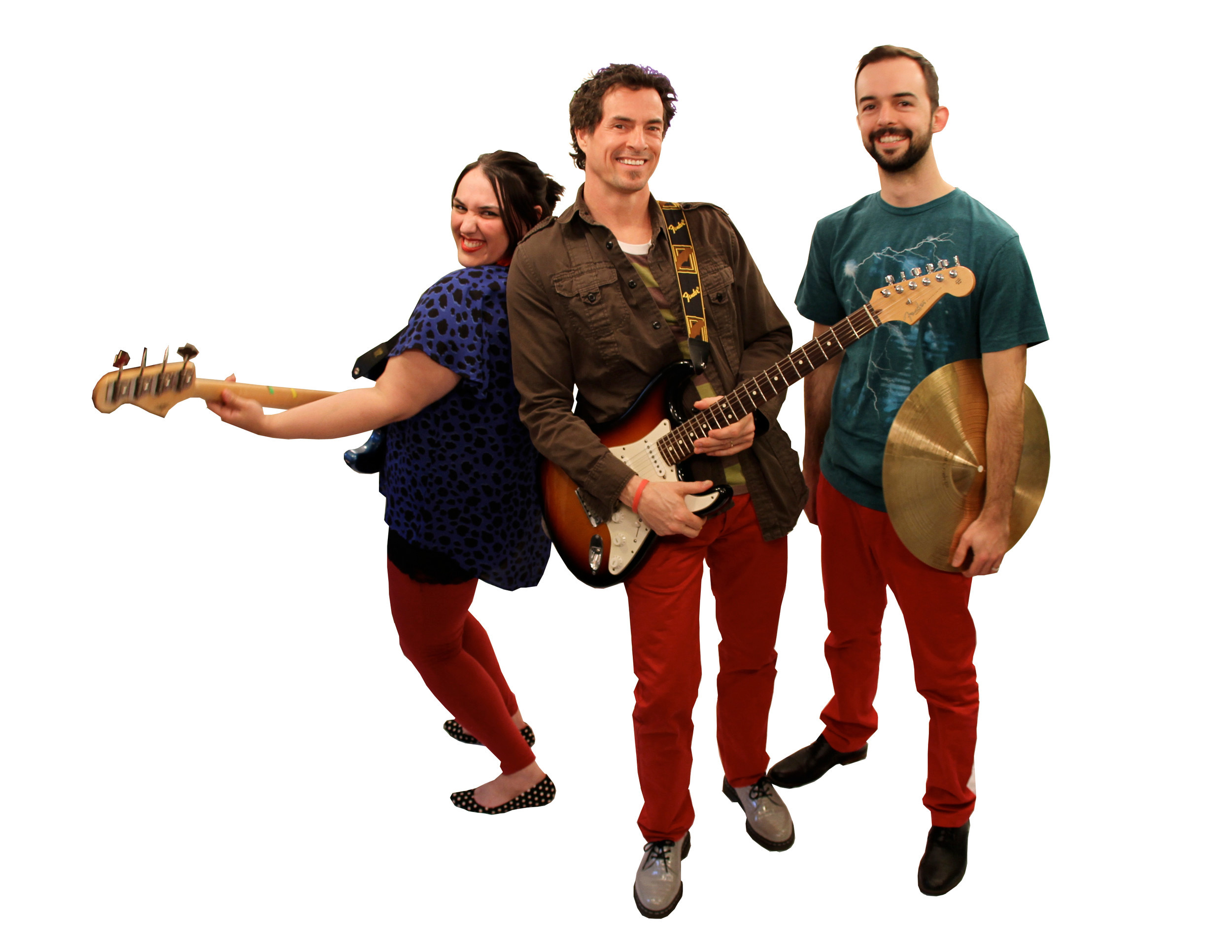 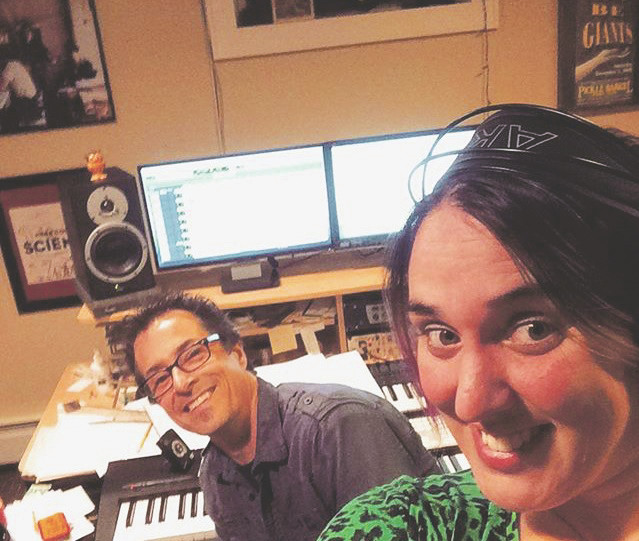 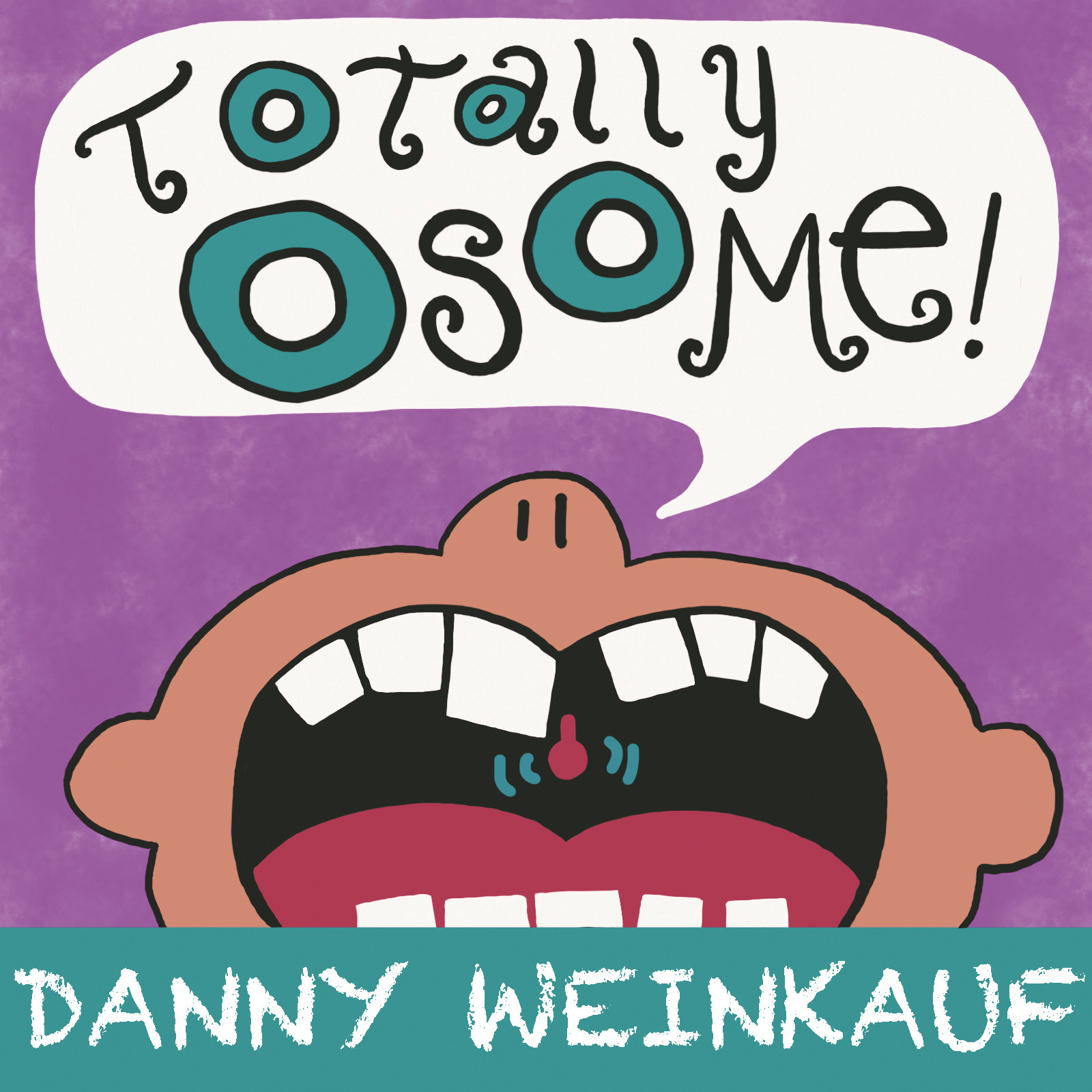 The album art for ‘Totally Osome!’ According to Weinkauf, the record’s name came about because of an inside joke.
Courtesy Danny Weinkauf
Previous Next
By Mike Smollins

Lynbrook resident Danny Weinkauf and the Red Pants Band will release their third album “Totally Osome!” on Aug. 11, a collection of songs that are intended to educate children, but can also be enjoyed by adults.
“It’s geared toward kids 11 and under and their parents and teachers and families in general,” Weinkauf said. “I try to balance it out. It’s not specifically geared toward pre-schoolers or one real specific demographic.”
Weinkauf, who also plays bass for the band They Might Be Giants, said he wrote and recorded the music for all of the songs in his basement over the past year. He released his side project’s debut album “No School Today” in 2014, and followed it up last July with the release of “Red Pants Band.”
The band consists of Weinkauf, who sings and plays guitar at live shows, Tina Kenny Jones, who also sings and plays bass, and drummer Steve Plesnarski. The trio sports red pants on stage while performing, which is how the band derived its name.
According to Weinkauf, the title for the new album came about as an inside joke. He said that during the recording of the track “Osome,” Kenny Jones was doing backup vocals and blurted out, “Totally Osome!” and the name stuck. “If you get the record, you’ll get the joke,” Weinkauf said.


While awaiting the release of the Red Pants Band’s new album, Weinkauf is in the midst of recording his 20th record with They Might Be Giants. He joined that band in the 1990s and said TMBG is gearing up for a 65-city tour in January.
In addition to his two major projects, Weinkauf is a part-time physical therapist and also records music for advertisements and television shows. One of his most famous projects was with TMBG when they wrote and recorded the theme song to “Malcolm in the Middle,” which aired on Fox from 2000-06.
Weinkauf said the 16 tracks on the Red Pants Band’s latest effort have many themes. They range from geology to girl power to teaching children the alphabet forward and backward. He added that the songs are influenced by experiences in his every day life.
“If it’s something that might be science-based or maybe something happens where I’m reading about some topic … whatever the topic may be, I think, well this might be interesting for kids to sort of dig deeper into,” he said. “Let me try to write a song that might get them inspired.”
One such song on the new album is “Smartphone,” which is centered on people putting down their cell phones and doing something productive — such as starting a band. Weinkauf said that he noticed a lot of people burying their heads in their phones and becoming obsessed with them, which motivated him to write the song.
“I’m not trying to be on my soapbox in the song,” he explained. “I’m just saying put down your smartphone and let’s start a band. And let’s start a band could be a metaphor for anything that involves thought and interaction and creativity and positivity.” The song, along with “Transportation,” has been playing on radio stations geared toward children such as the Sirius XM’s Kids Place Live, he added.
Family is also a common theme on the album. Weinkauf’s son, Kai, 17, sings lead on one song and provides backing vocals on others. His wife, Michelle, also lends her voice to the record and his daughter, Lena, 15, plays percussion and performs speaking parts.
On the single “Sunshine Sunny Sun Sunshine Day,” Weinkauf sings about his experience of going to the beach with his family, only he adds fictional elements of various problems they encounter throughout the day. He said there is also a song on the album that he wrote while he was on tour in Australia and missed his family. He said it’s often hard to be away from his wife and children, but he can always lean on Michelle. “Without my wife, I wouldn’t be able to do what I do and have a family and stuff,” Weinkauf said, “but she makes it possible.”
The album can be purchased on the band’s website at www.dannyweinkauf.com and at CDBaby.com, starting Aug. 11. Up until its release date, the band is also offering a “name your price” option for purchase at https://dannyweinkauf.bandcamp.com/album/totally-osome.
Report an inappropriate comment