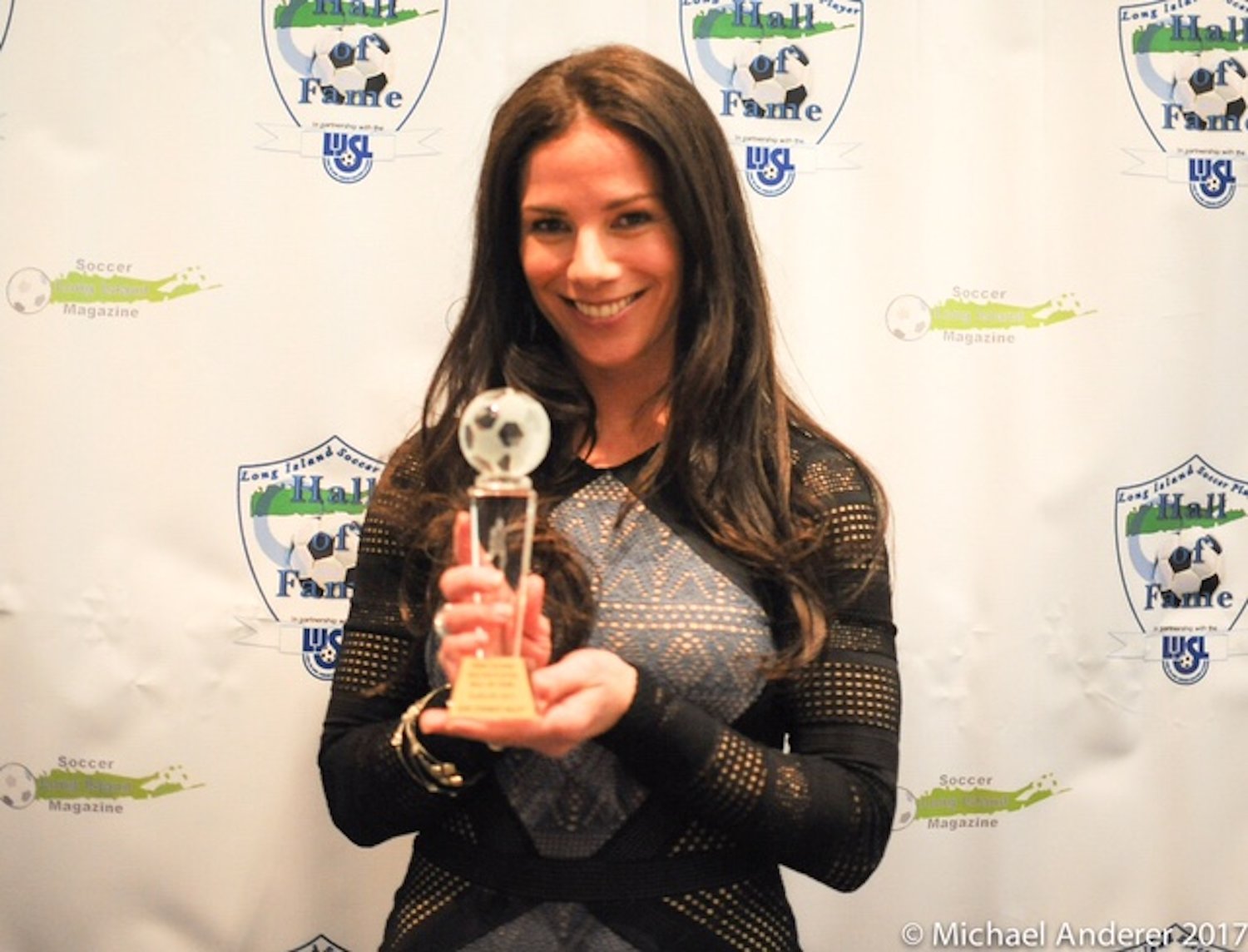 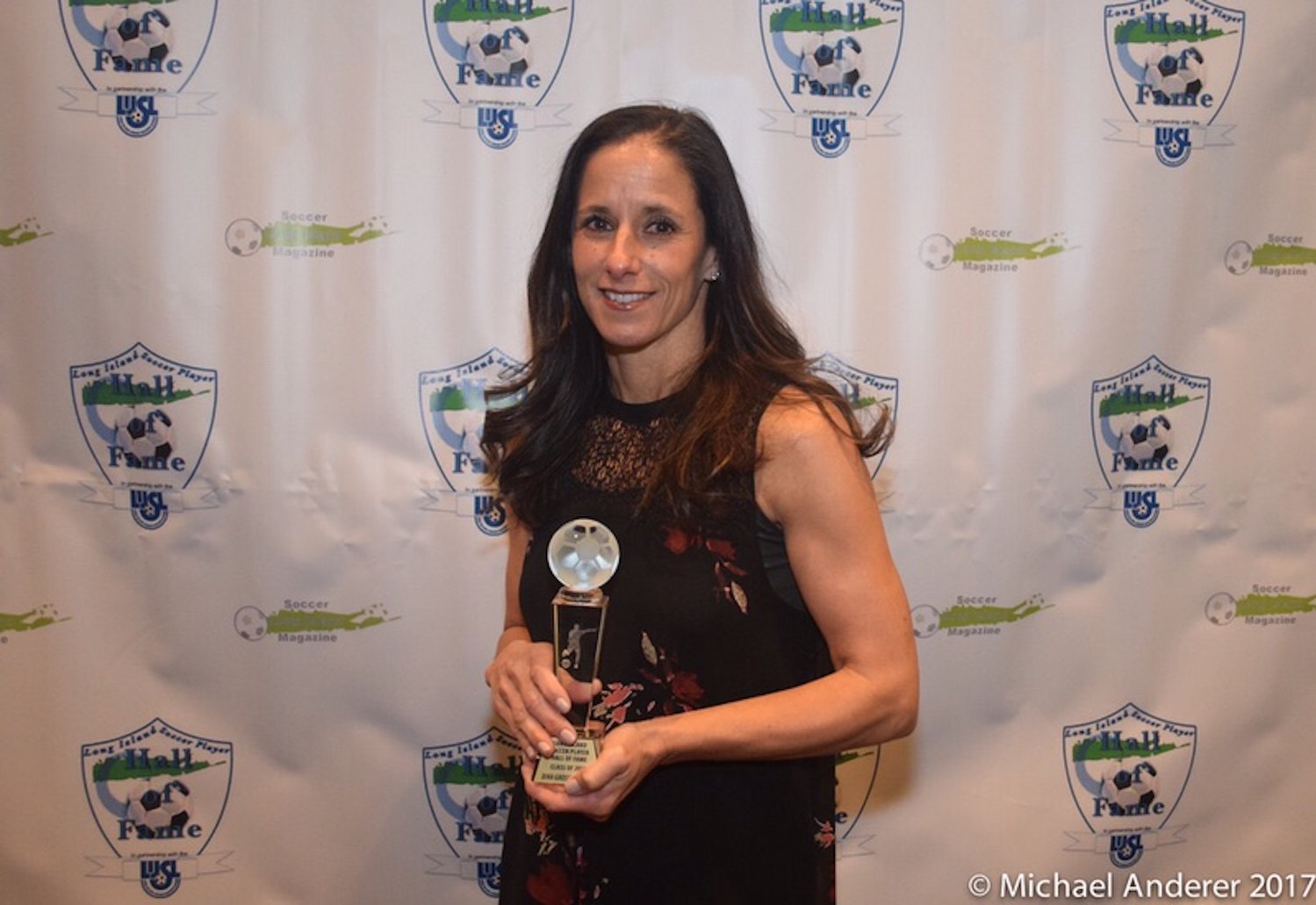 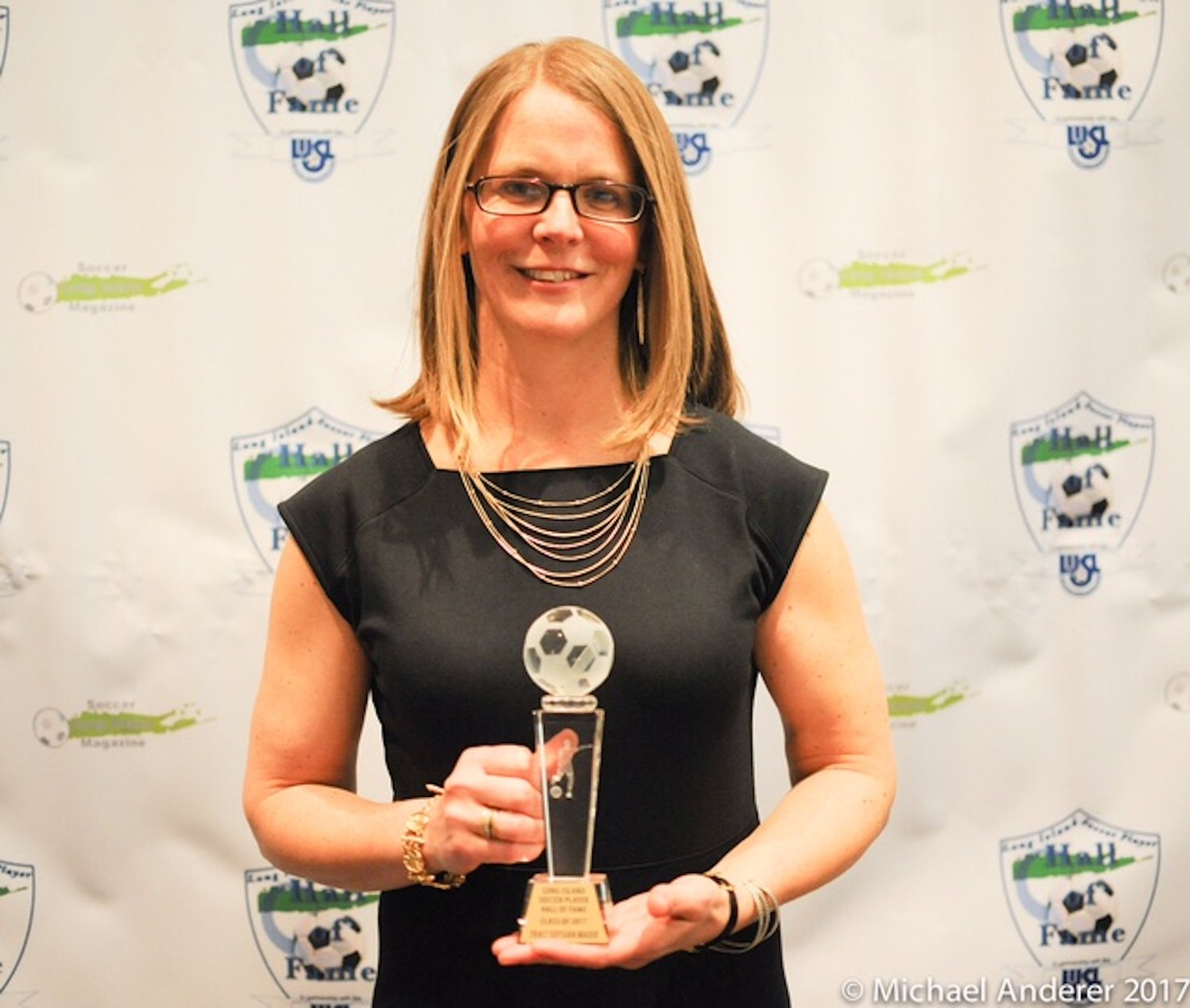 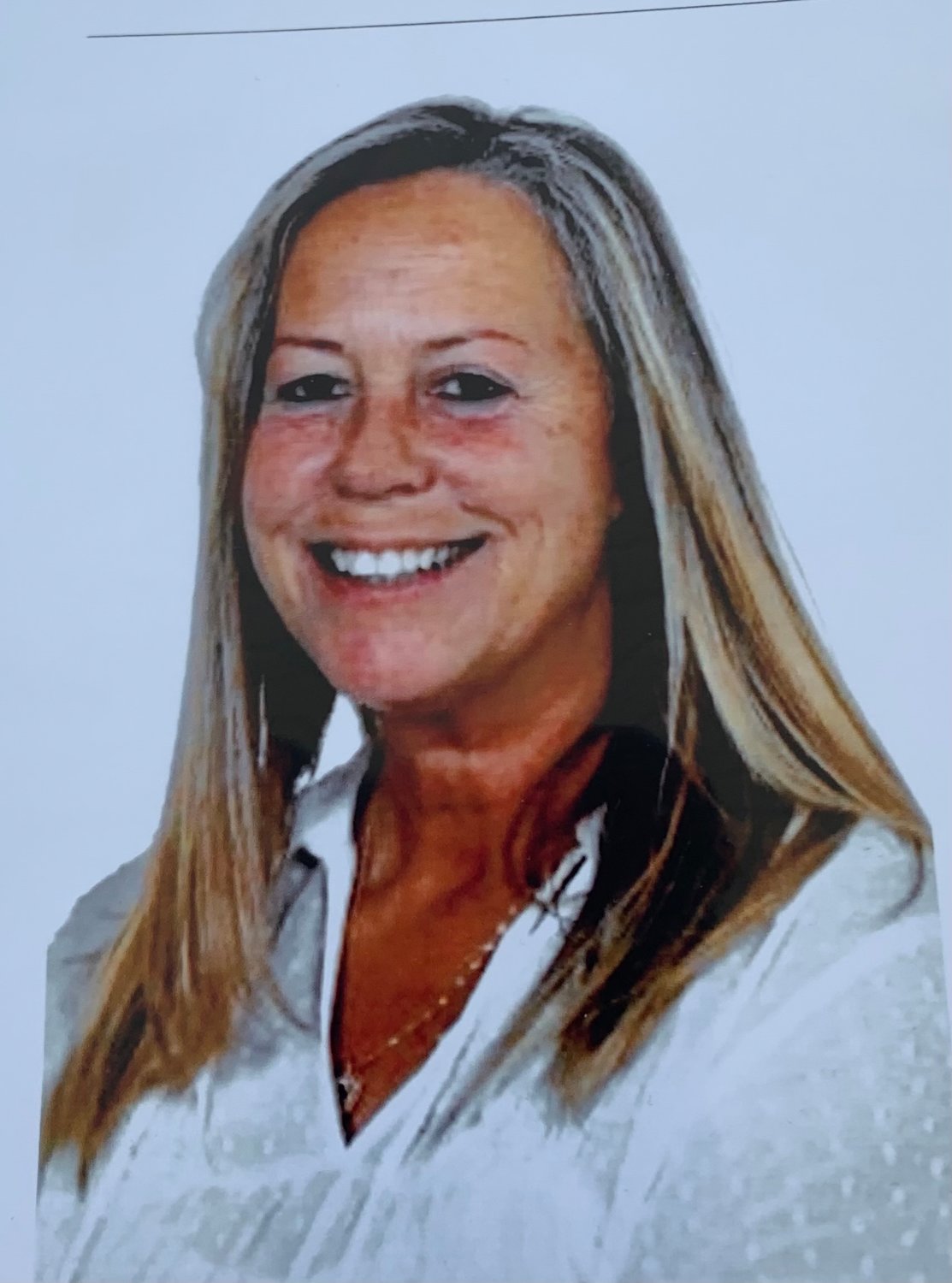 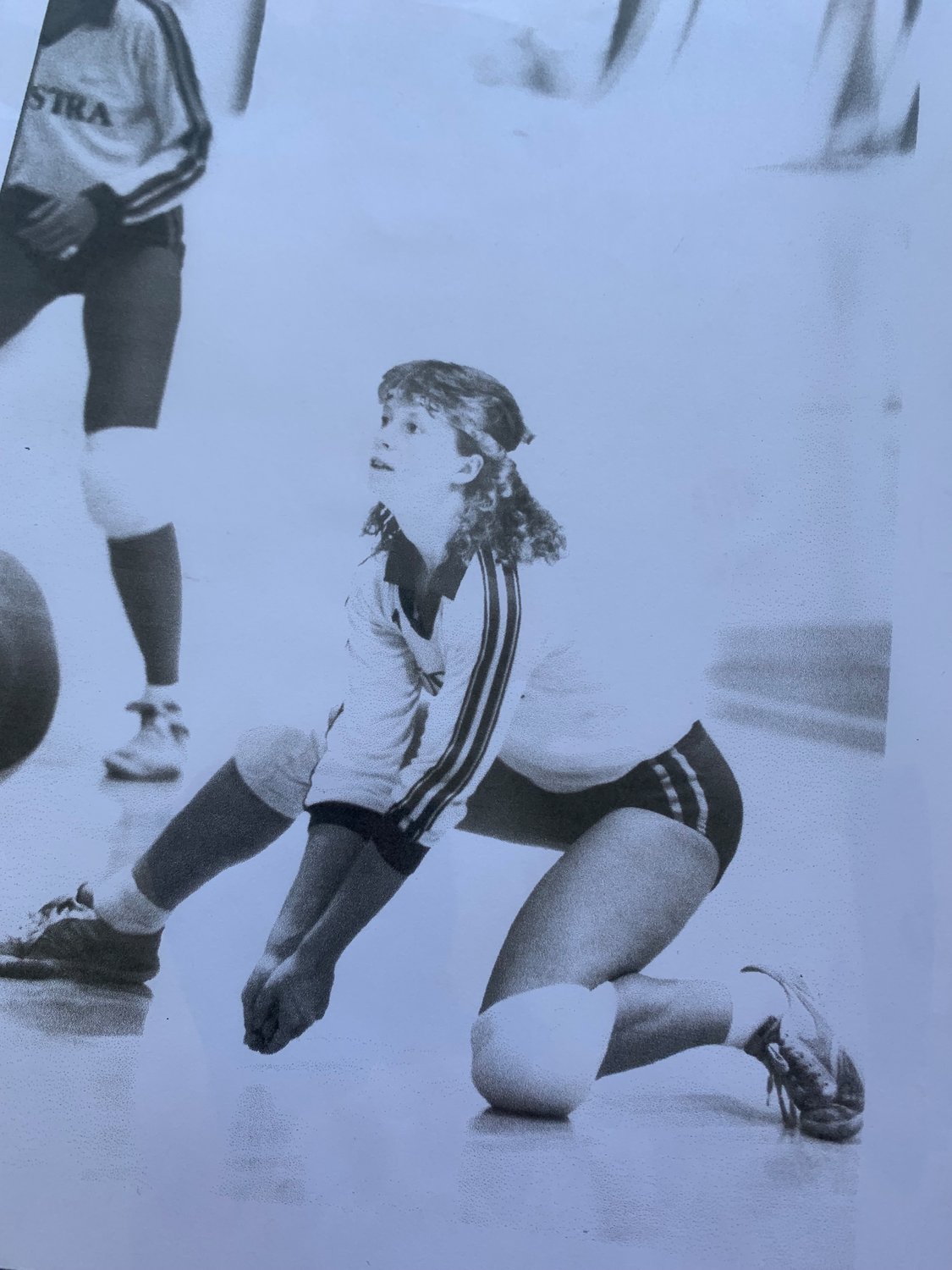 Three former South Side High School soccer players and two coaches will be inducted into the Nassau County High School Athletics Hall of Fame on Sept. 29 at the Crest Hollow Country Club in Woodbury.

Former girls’ soccer teammates Kim Conway-Haley, Dina Grossman-Case and Traci Sofsian-Maier will be recognized, along with girls’ volleyball coach Cheryl Scalice and longtime official and volleyball coach Dotty Lynch. They will enter the hall as part of the 48-member class of 2020, after the event was postponed last year due to the coronavirus pandemic.

This year’s inductees are the sixth class to enter the Hall of Fame.

Conway-Haley, 49, helped South Side capture its first girls’ soccer state title in 1987 as a defender. She graduated in 1990, and went on to play at Virginia, where she became a finalist for the Herrmann Trophy, which is awarded to the top female college soccer player in the country. After that, she played in Holland before joining the United Soccer League’s women’s league and playing for the Long Island Rough Riders.

“I’m very honored to be thought of and included,” Conway-Haley said. “I always get very nostalgic for my high school days with the Cyclones. I’ve played on many different teams, but that one is extremely special, because I played with classmates across many years and still have these lasting friendships with them today.”

Conway-Haley said she had many role models at South Side, including her coach, Bob “Bigs” Bigalow, who she said “did an incredible job of being meticulous” about coaching, and empowered young women when he led the girls’ soccer team while also serving as the girls’ varsity basketball coach.

Conway-Haley, Grossman-Case and Sofsian-Maier were inducted into the Long Island Soccer Hall of Fame together in 2017.

Conway-Haley went on to a career in sales and marketing in New York City before transitioning to sports psychology consultant and mental performance coach at the Mental Edit. She administers at-home sessions with athletes and their parents to help them perform at optimal levels while still enjoying their sport. She and her husband, Ethan, have two daughters, Reese, a sophomore who plays soccer at South Side, and Viviana, a seventh-grader who also plays competitively.

Conway-Haley and a group of alumnae from SSHS are working to develop a comprehensive database of all girls’ soccer players in school history. Anyone who has information on a former player or who is one herself can email the information to sshssocceralumni@gmail.com. Conway-Haley is also working with the RVC Soccer Club and the MLK Center to create soccer opportunities for young people of color. Anyone interested can email rockvillecentresoccerclub@gmail.com.

Grossman-Case, 51, who was also a member of the historic first state champion Cyclones team, began playing soccer when she was 5. She played for South Side from 1984 to 1987, and went on to play at Cornell, graduating in 1992. She played midfield and defense throughout her career, including eight years with the Rough Riders.

“It’s extra special and more of an honor to be in the same company as them,” Grossman-Case said of her former teammates. “I’ve played with them in high school, and we were on the Rough Riders together. I’m not just in the company of those amazing players that I played with, but also amazing friends.”

She said it was an exciting accomplishment to help South Side soccer win its first state championship, and she also helped the Cyclones win a state championship in softball as a left fielder in 1988. She is divorced and has two children, Zachary, a junior soccer player at Denison University in Ohio, and a daughter, Jordyn, a freshman lacrosse player at Stanford.

Grossman-Case became a physical therapist after college, and now lives in Charlotte, N.C., where she is a director of membership for the National Premier Soccer League, a men’s amateur organization.

Sofsian-Maier, 49, was a star defender for the Cyclones who was instrumental in the 1987 state title run. She graduated from SSHS in 1990, and played at Princeton and then for the Rough Riders, alongside her fellow honorees.

“That was a team of just awesome players, and it’s always nice to be recognized,” she said of her high school squad. “I just feel really grateful to my parents, my coaches and my teammates. We had this special bond, and it was always fun.”

Sofsian-Maier’s life has come full circle: Her husband, Larry, grew up in Rockville Centre, and her sons, Finn, a high school senior, and Luke, a sophomore, both attend South Side and compete in cross-country.

Scalice, 56, has been SSHS’s girls’ volleyball coach since 1990 — among her athletes was a future comedian named Amy Schumer — and accumulated 17 conference championships, eight county titles, five Long island regional championships, five state final appearances and one state championship to go along with 13 Coach of the Year awards.

“It’s definitely a humbling honor, and it’s a bit overwhelming,” she said of the Hall of Fame. “People coach for their players, for their kids, for the experience that they’ve had . . . The sport is like a little microcosm of life, so my intention all of these years was to [instill] a lot of things in life that I think are important. Working as a team is something that kids have to do their whole lives, in terms of working as a team at your jobs and more, and so those were my intentions.”

Scalice, who is not married, now lives in Freeport. She graduated from William Floyd High School, and went on to play volleyball at Hofstra. She retired from teaching phys. ed. at Riverside Elementary School last spring. For the past 12 years, she has spearheaded the Dig Pink fundraiser, which has raised more than $46,000 for cancer research.

The Herald was unable to reach Lynch, who guided South Side to five consecutive girls’ volleyball division titles in the 1980s and then became one of the county’s premier officials, refereeing more than 30 county finals, 10 Long Island finals and two state finals. She also led Oceanside softball to two Nassau championships and seven conference titles while going 302-92 overall.