South Side grinds past Hewlett 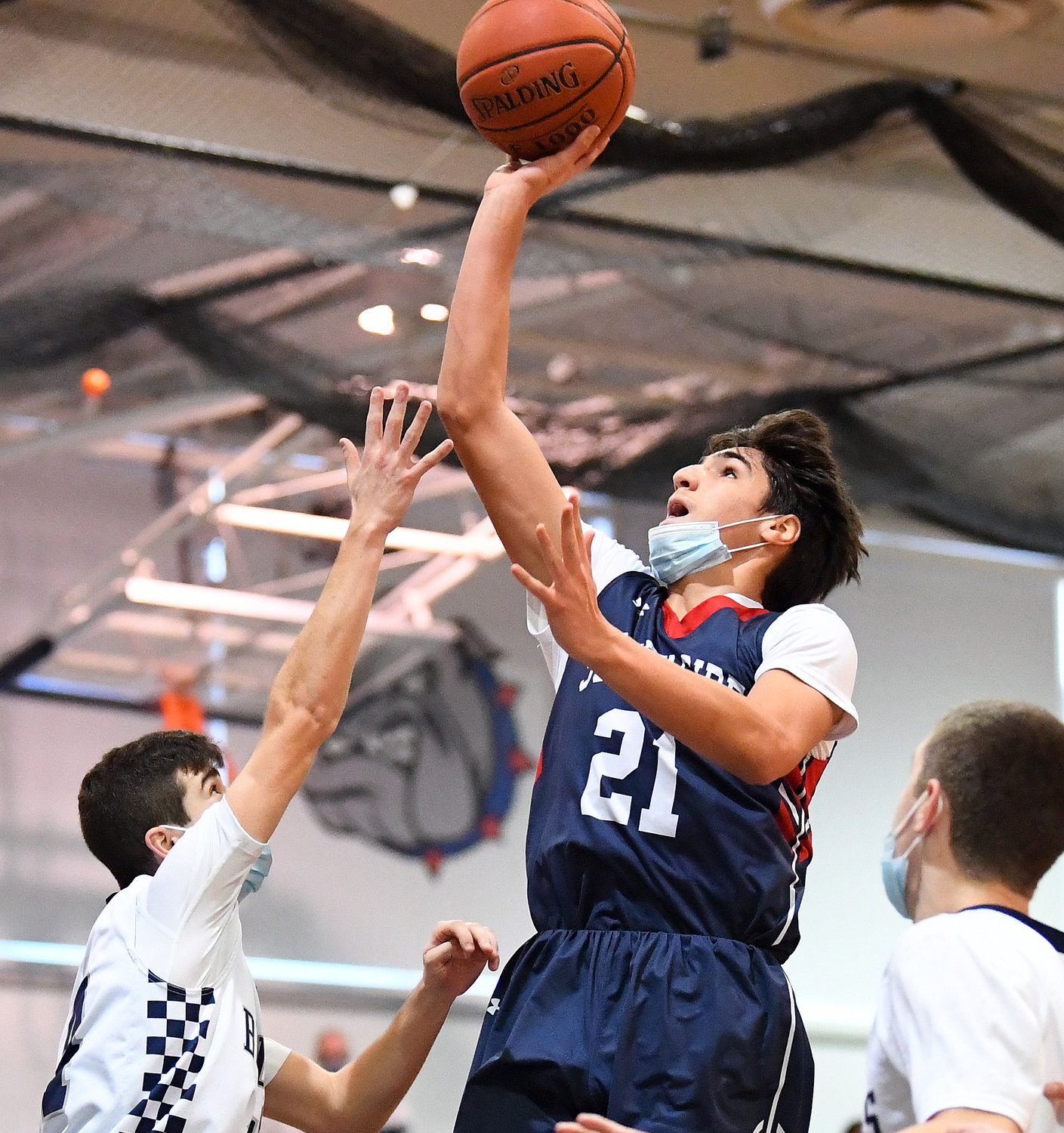 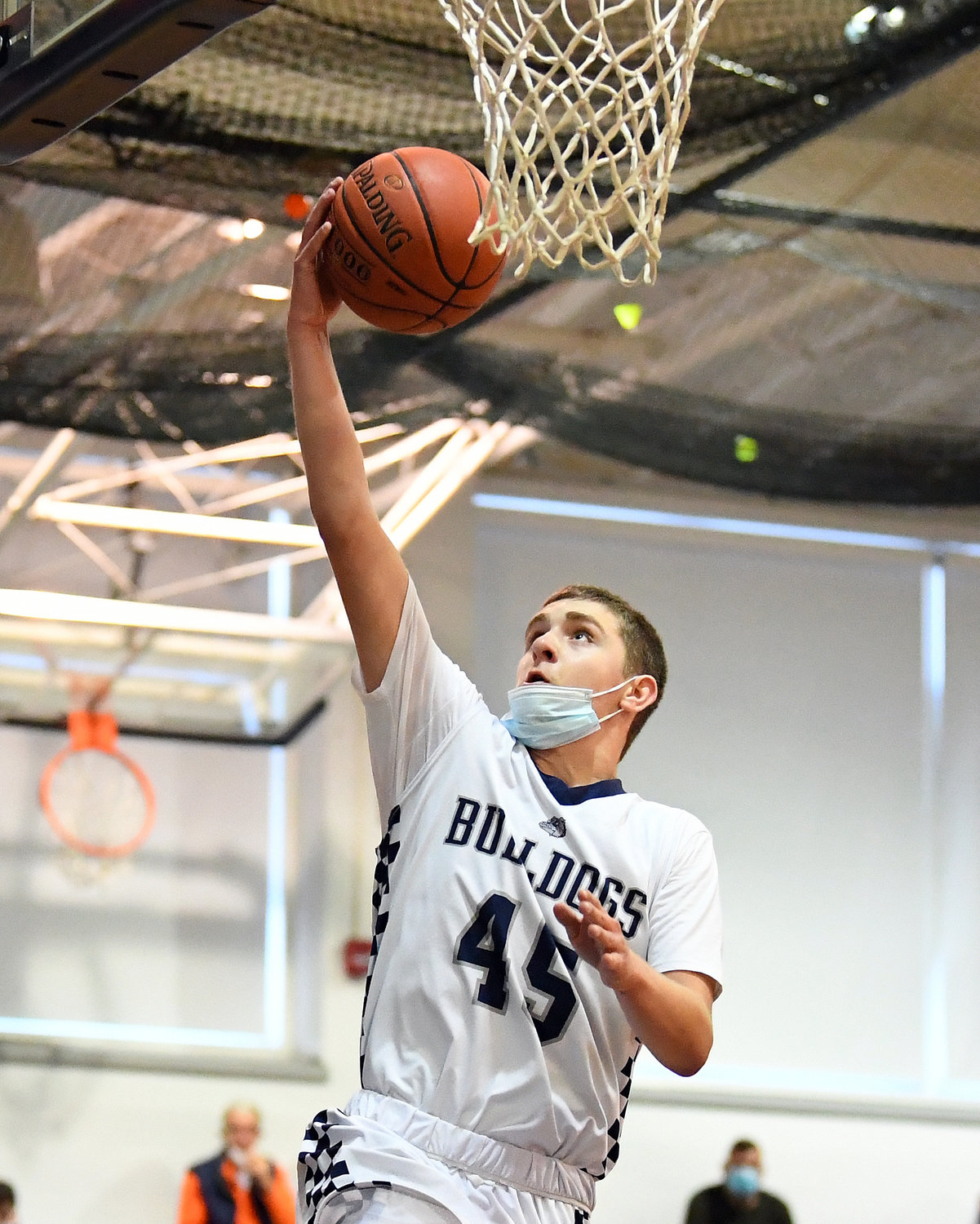 Hewlett junior Ryan Weiss drove to the basket for two of his 15 points in last Saturday's 62-49 home setback to South Side.
Neil Miller/Herald
Previous Next
By Tony Bellissimo

South Side scored the first nine points at Hewlett last Saturday afternoon and led from start to finish to keep pace with the frontrunners in Nassau Conference A-3 boys’ basketball with a 62-49 road victory.

Junior Robert Pericolosi scored a game-high 18 points and five others contributed at least five as the Cyclones upped their record to 4-0 in conference games and 8-2 overall. The Bulldogs (2-3 in A-3; 8-4 overall), who cut a 12-point first-quarter deficit to four at halftime, got 15 points from junior Ryan Weiss and 11 from sophomore Luke Rochler.

“It’s always a hard-fought and physical game when we play Hewlett and today was no different,” South Side head coach Jerry D’Angelo said. “We’ve played each other twice every season and also sometimes in the playoffs for the past 15 years. They’re always well-coached and with the exception of the second quarter I thought we did a really nice job at both ends of the floor.”

Hewlett opened the season with a six-game winning streak and will try to get back on track when it closes the first half of the A-3 slate against Division.

“Offensively I thought we got away from our game plan at times and free throws hurt us,” Bulldogs head coach Bill Dubin said. “We had a nice second quarter to get back in it, but for as long as I’ve been coaching 15 years South Side is a team that’s always been able to grind out games.”

Senior Luke Schwartzberg (9 points) got South Side’s engine rolling by knocking down the game’s first shot from behind the arc. Sophomore Ryan Kennedy (7 points) added a basket and Pericolosi a pair as the Bulldogs struggled to find their way offensively in the early going. Their first points didn’t arrive from Weiss until 2:45 remained in the quarter.

The Cyclones, who entered with conference victories over Division, Roosevelt and Kennedy by 25-, 20- and 26-point margins, respectively, raced to a 14-2 advantage late in the first quarter Saturday before Hewlett clawed its way back into it.

Senior Ian Panzarella scored 7 of his 8 points in the second quarter and the Bulldogs withstood treys by Schwartzberg and Josh Garelle to get as close as two and trailed 26-22 at halftime.

“We had a little lull and got caught up in the pace Hewlett wanted to play,” D’Angelo noted. “We were able to refocus and we did a better job rebounding in the second half.”

The Cyclones scored 10 of the first 13 points of the third quarter to reestablish a double-digit lead. Junior James Murphy (9 points) and seniors Patrick Erickson (6) and Chris Goldstein (5) all made key baskets in the second half to keep Hewlett from making a serious run.

“I believe we’re in the toughest conference in the county and we are what our record says we are and that’s 2-3,” Dubin said. “Every game is important.”

South Side hosts the rematch Feb. 5.