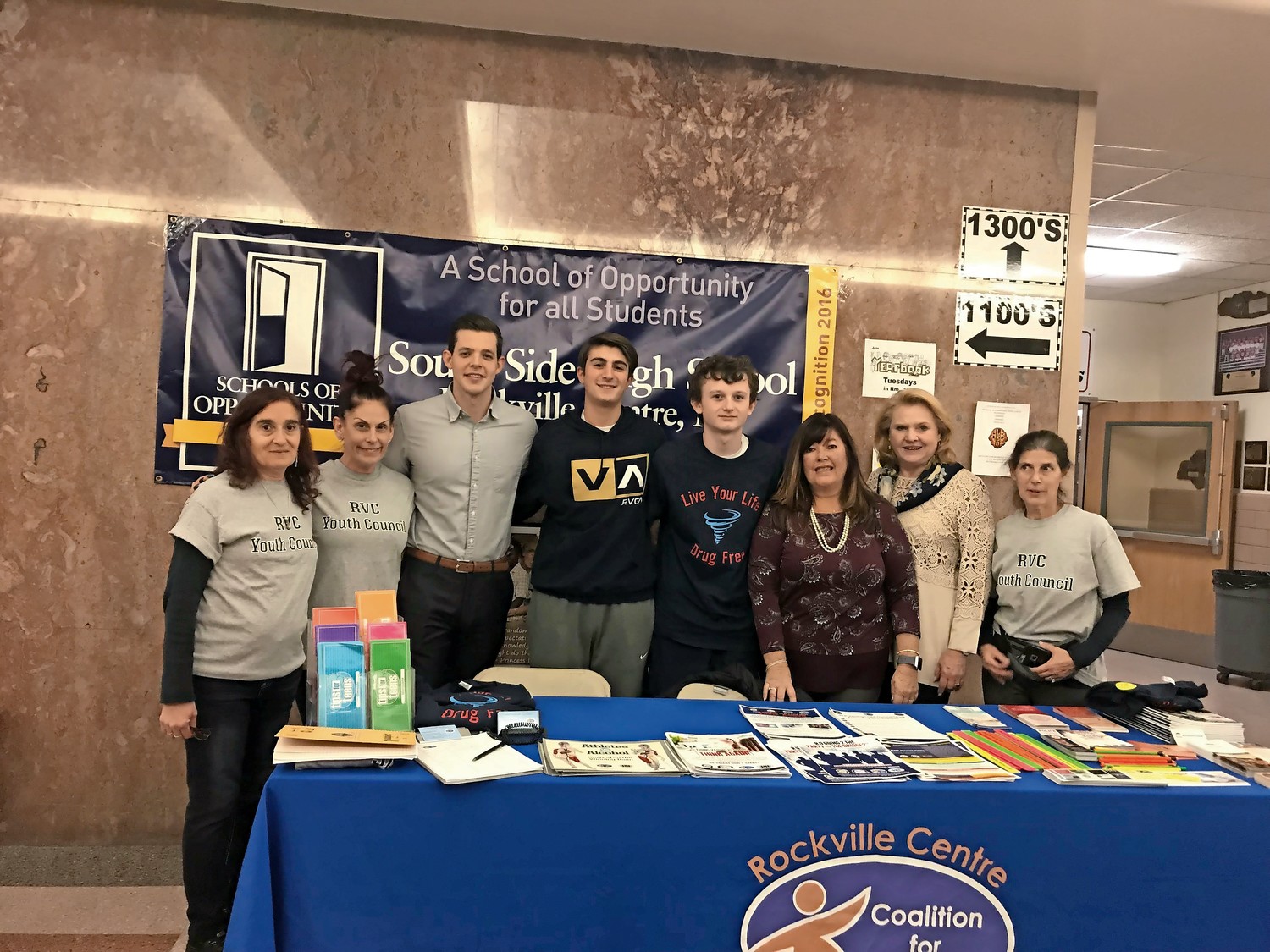 “When I was out there drinking and drugging, I thought I wasn’t hurting anyone but myself, but your actions do affect other people,” said Stephen Hill, a recovering addict, motivational speaker and author of “A Journey to Recovery: Speak Sobriety.”

The Rockville Centre Coalition for Youth and the RVC Youth Council invited Hill, 30, to speak at South Side High School on Tuesday, Nov. 27. More than 100 community members, including students, parents and teachers, gathered in the auditorium for the candid discussion about the consequences of consuming drugs and alcohol.

“We’re here to have an open, honest conversation and give students this real perspective,” said Andrea Connolly, chairwoman of the youth council.

Hill’s overall message was to approach drug addiction as a health issue rather than a matter of criminal justice or juvenile delinquency. He offered personal insight with his own story, tips to school administrators on addressing addiction and advice for students on leading by example.

He began by presenting a video of his siblings and parents telling the story of his addiction. He did this, he said, to show that there was no trauma in his life that sparked his addiction. He had the disease, was influenced by older students who were using and “destroyed his life for a decade,” he said.

“At the end of the day, you have to decide for yourself what you want for your life and if you’re willing to take the risk of ending up the way that I did or even worse,” Hill said. “Before this year, that’s where I would stop and I would move on, but now I also ask you to go a step further — think about how your actions affect other people.”

Hill gave the example of a student who approached him after one of his presentations. The student said that he drank and smoked marijuana since he was a freshman, but had not developed an addiction and does not make bad decisions. Hill invited him to think about the example he sets to his teammates, classmates and younger siblings who may look up to him, be influenced by his decisions and develop an addiction.

Hill’s story was one that “everyone has experienced some part of, even if just the aspirational part of wanting to be one of the ‘cool kids,’” said Jeanne Mulry, program director of the Coalition for Youth. His story was also one that the coalition and youth council have heard before from other speakers — he began by drinking alcohol and smoking pot and thought it was OK, but he quickly spiraled into a narcotic drug addiction.

Hill was suspended and eventually kicked off his high school sports teams due to his drug use. Sports meant everything to him, and he used drugs even more until he had run-ins with the police. He had many attempts at treatment and, after hitting rock bottom, had his last drink and drug on Sept. 29, 2012. He spent a year at a treatment program in New Haven, Conn. and has been sober ever since.

“I watch people miss out on great opportunities every single day out of fear — fear of rejection, fear of failure,” Hill said. “If there is something you want to do, go out there and do it. Go out there and take those healthy risks. Just don’t take those risks that can cost your life.”

Hill opened the floor to questions from the community. There were many heartfelt comments and insightful questions. Connolly stood up to inform the audience that the Youth Council is there as a community resource and to give students productive activities to be a part of.

“I’d rather do service or fun events,” said South Side student Danielle O’Sullivan, 16, the RVC Youth Council co-president. “I like the idea of these healthy alternatives.”