Certainly no one on the RVC-based L.I. Bombers beep baseball team 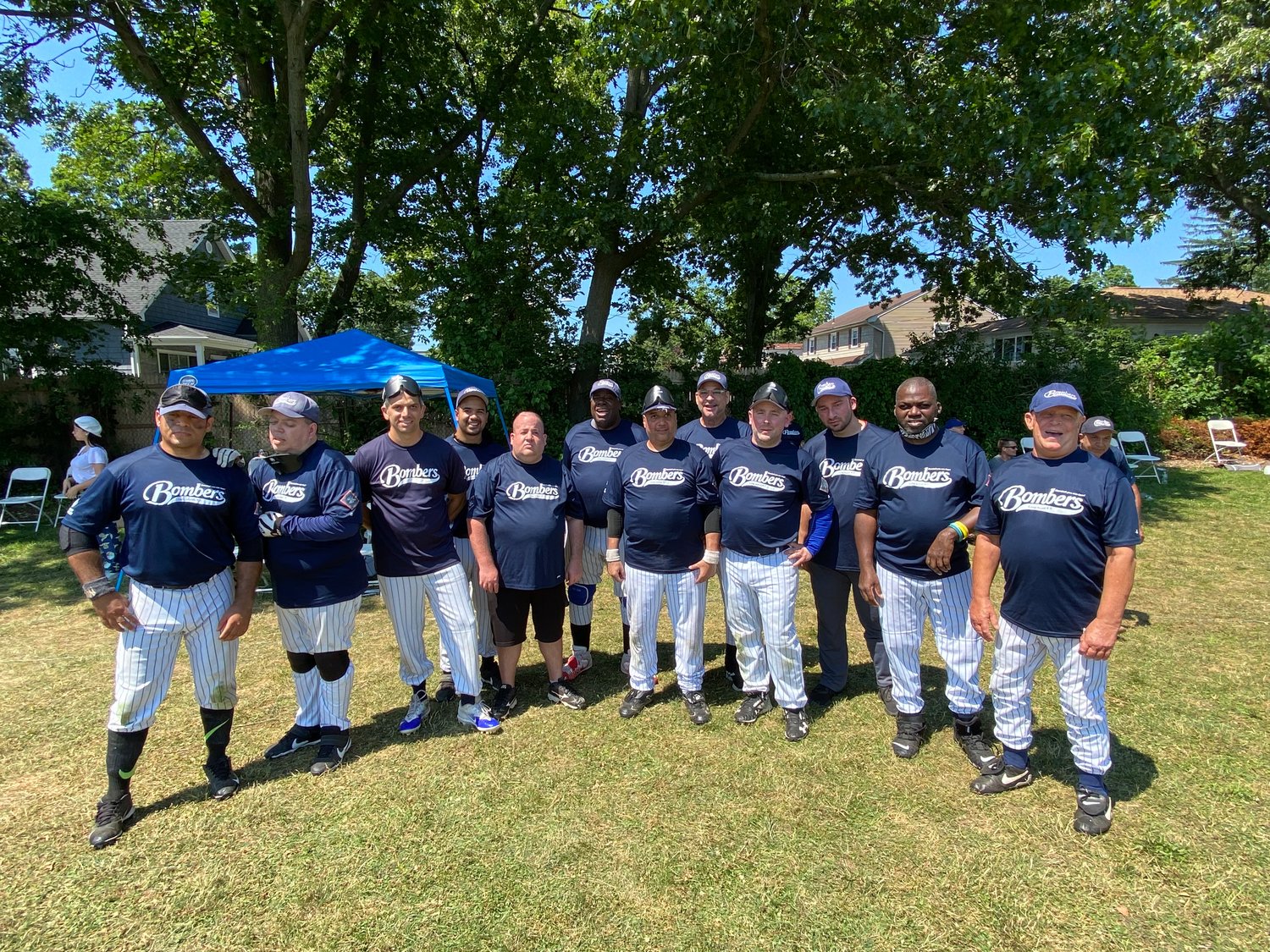 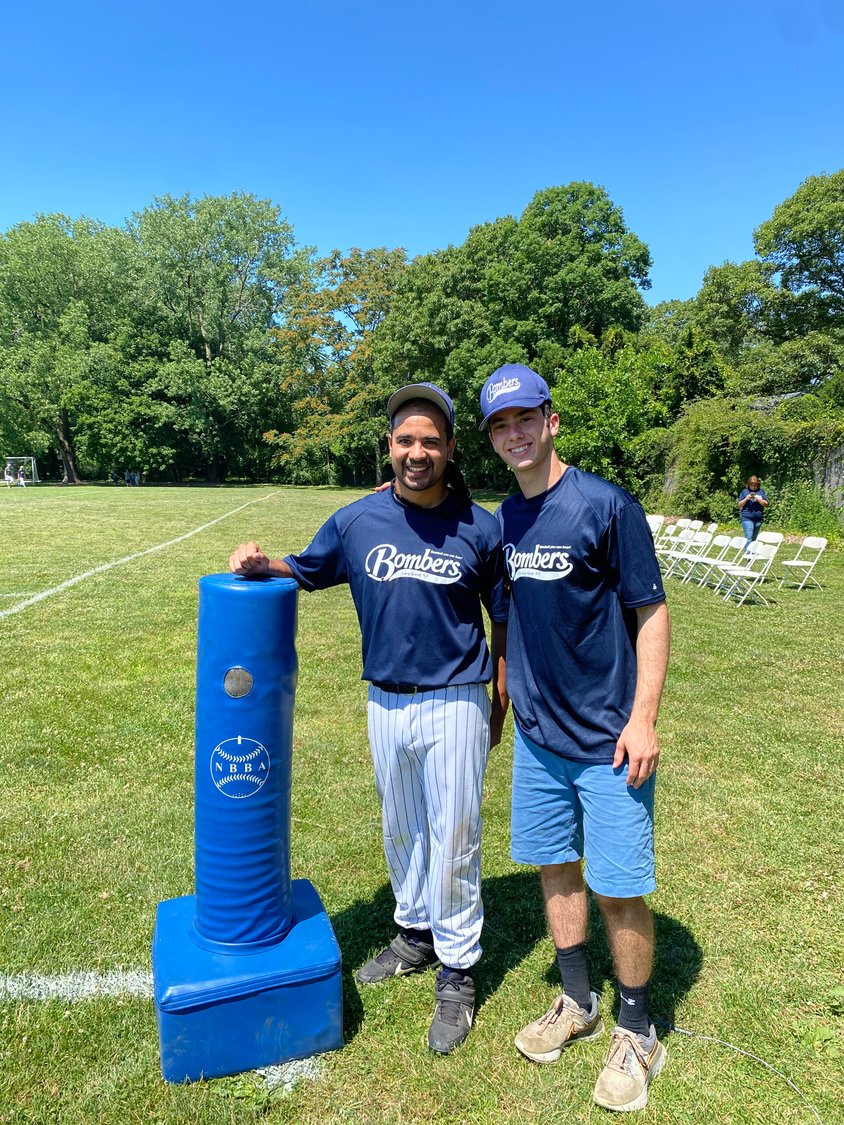 It's not only the competition, but the camaraderie of the team, with everyone pulling together to do something that they love.”
Joe De Jesus, Long Island Bombers
By Tom Carrozza

Imagine the fear of playing baseball with no sense of sight, instead having to trust your hearing and instincts to hit the ball, play the field and run the bases. That’s something the Rockville Centre-based Long Island Bombers do every time they step on the field — but for them, fear isn’t a factor.

On June 25, the Bombers hosted other beep baseball teams from New Jersey, Boston and Philadelphia at Speno Memorial Park, in East Meadow, in the annual Beast of the East tournament. Established in 2010, the tournament has given blind and visually impaired athletes the chance to compete at a high level.

The large, heavy ball used in the sport emits repeated beeps that help batters track it and hit it. Pitchers are members of team that’s up at bat, which puts them in the unique position of wanting to give up lots of hits. The Bombers come from across Long Island, Queens and Manhattan to practice once a week at Reverend Morgan Days Park in Rockville Centre. Practice is especially important for batters and pitchers to sync up their timing and location.

Shortino, 66, has been with the Bombers since they were founded in 1997. He grew up in Franklin Square, but recently moved to North Carolina, and made the trip north to pitch in the tournament last weekend.

Joe “Lighting” De Jesus, 28, patrols left field for the Bombers. He has been with the team since he was 16 and the Bombers came to his camp for visually impaired athletes. De Jesus was born with a rare hereditary eye disease called Leber congenital amaurosis, which affects about 1 in every 80,000 people and has left him mostly blind in his left eye. With a degree from St. John’s University, De Jesus now helps counsel visually impaired youth at Camp Helen Keller in Old Westbury.

“It’s not only the competition, but the camaraderie of the team, with everyone pulling together to do something that they love,” De Jesus said of beep baseball. “There’s something special about it.”

Every player dons a blindfold to help even the competition, because players’ level of vision impairment varies. But most have gotten so used to trusting their hearing that they can give the ball a ride. De Jesus managed two runs of his own in a game against the Boston Renegades, with one hit beating the shift down the left field line.

Once the ball is batted into play, the fielders use the approaching beeps to track the ball, field it and hold it up before the runner can tackle either first or third base.

The bases are tackling dummies, and each emits a different beep. When the batter hits the ball, he or she must listen for the beep to determine which one to run to and pounce on.

Volunteers like the Bombers’ Ethan Schulman, Matthew Galante and coach Tony Galante help the players line up defensively in the field, and help them to home plate for their turn at bat, if needed.

Schulman, 17, from Great Neck, has been working with the team for five years. With Shortino in North Carolina, Schulman has started pitching to the team at practices. He and Galante, 18, help organize the players in the field, which is a huge job, given the dual goals of preventing runs and keeping players safe.

“It’s a little scary because players are running fast at each other,” Schulman said, “but you do what you can to help the team win.”

Beep baseball teams welcome female athletes and players with varying levels of sight. The Beast of the East tournament also gives teams a chance to prepare for the World Series of Beep Baseball, which starts on July 24 in Beaumont, Texas, this year. In years past, the national tournament has been the scene of some of the Bombers’ best moments.

Ted Fass, executive director of the Bombers, founded the team, and said he was proud of the way the sport has grown. Summer is his favorite time of year, when the squad gets to compete with other beep teams. Throughout the year, Fass and the Bombers play demonstration games for local youth organizations to show people what they can do.

“It’s a growing process that’s very exciting,” Fass said. “It’s more than baseball, because it gives the blind and visually impaired an opportunity, socially, to meet and be friendly with other players and talk about the challenges they face.”

It is impossible to fully appreciate the sport merely by reading about it. Luckily, there are opportunities to see it for yourself. On Aug. 31, the Bombers will travel to Fairfield Properties Ballpark in Central Islip, the home of the Long Island Ducks of the Atlantic League of Professional Baseball, to show off the game before the 6:35 p.m. Ducks game.