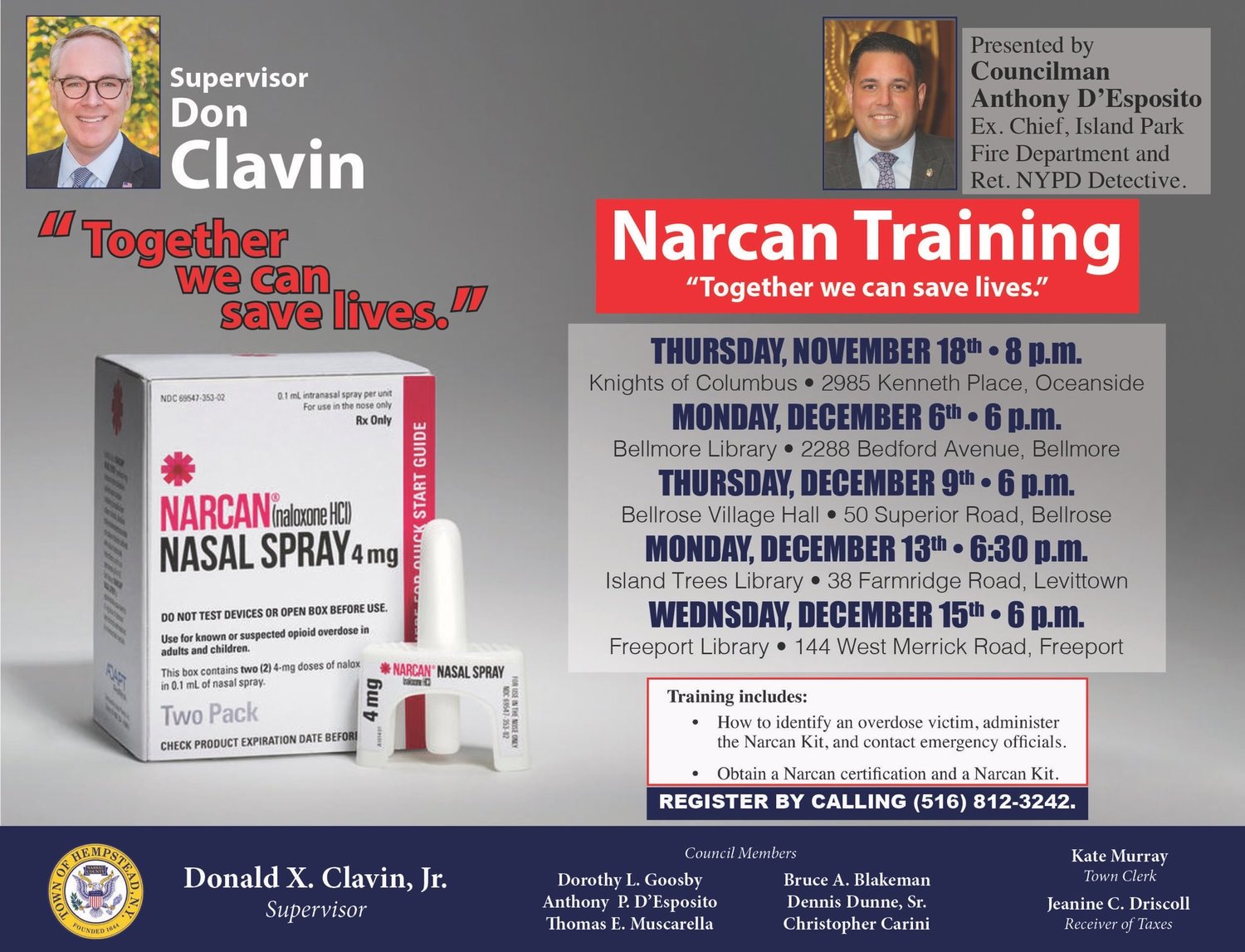 With the coronavirus pandemic continuing to wreak havoc with the new Omicron variant, it is easy to forget that the United States was, and still is, battling a drug epidemic whose scope is made clear by a single sobering statistic: There were 100,306 overdose deaths in the 12-month period ending in April of this year, an increase of nearly 29 percent over the previous time period, according to the Centers for Disease Control and Prevention’s National Center for Health Statistics.

In the field, it’s often heard that we forgot the first epidemic. With the pandemic, there was an increase in the use of all substances.”
Cindy Wolff Executive director, Tempo Group
By Jeff Bessen

With the coronavirus pandemic continuing to wreak havoc with the new Omicron variant, it is easy to forget that the United States was, and still is, battling a drug epidemic whose scope is made clear by a single sobering statistic: There were 100,306 overdose deaths in the 12-month period ending in April of this year, an increase of nearly 29 percent over the previous time period, according to the Centers for Disease Control and Prevention’s National Center for Health Statistics.

The historic milestone of more than 100,000 fatalities in a year is tied to the pandemic, and to a more dangerous drug supply. Overdose deaths from synthetic opioids (mostly fentanyl) and psychostimulants such as methamphetamine also increased in the 12 months ending in April. Deaths from cocaine overdoses climbed as well, as did those from natural and semi-synthetic opioids, such as prescription pain medication.

“In the field, it’s often heard that we forgot the first epidemic,” said Cindy Wolff, executive director of the Tempo Group, which specializes in drug and alcohol programs for those of all ages. “With the pandemic, there was an increase in the use of all substances. We knew that people who have a substance abuse disorder would have a problem.”

Wolff noted that with more people staying at home, the increasing isolation and diminished human contact was bound to lead to a spike in drug use. “It’s everything we say not to do,” she said. “Don’t isolate, don’t stay in your house, have human connection.”

Even people who, according to Wolff, managed their lives well and had habits that did not warrant treatment appeared to increase their use of alcohol. According to Columbia University’s Mailman School of Public Health, liquor store sales from March to September 2020 totaled $41.9 billion, an increase of 20 percent over the same period in the previous year. “If we don’t educate our young people, we’re looking at a real problem,” Wolff said, highlighting the potential issue with the commercialization of marijuana.

The Tempo Group, which has offices in Woodmere, Merrick and Syosset, remained open, like many similar agencies, during the pandemic, first offering telehealth counseling services, then providing in-person and hybrid services as well, to ensure that all who needed it had access to treatment.

At the Five Towns Community Center, the six-figure single-year death toll and the estimate that one of every five people who die daily are overdosing has captured the attention of Portia Robinson, the director of the Center’s Committee on Drug Awareness.

Along with the existing programs and services that CODA provides, Robinson said that the center recently hired a peer program director, and that thanks to finding from New York state’s Office of Addiction Services and Supports, a new public-awareness campaign will be getting under way this month.

“There is a higher risk of dying of an overdose than a car crash or a plane crash because of the fentanyl-laced marijuana,” Robinson said, adding that “education is very key in prevention.”

The hope with the peer program is to reach people who might not otherwise seek help, do not receive health care on a regular basis and/or are undocumented and uninsured, Robinson said. “It’s about how best to offer hope,” she said, adding that if the Center can get the right assistance to people and their families, “people will feel better and use less drugs,” and they can get their lives back on track. Robinson noted that there are other systemic factors at work as well, such as ensuring access to jobs, housing and continued support.

Both Robinson and Wolff are proponents of Narcan use, the brand name for naloxone, an emergency treatment for opioid overdoses. By blocking the body’s attachment sites that opioids bind to, Narcan reverses an overdose.

Saying that the drug epidemic touches everyone, D’Esposito noted that attendance at his training sessions has increased significantly, and even the summer sessions he conducted at town beaches attracted as many as 40 people.

“The way I do it is I use things that I’ve seen, things that I’ve done,” D’Esposito said. “That really is the most informative. It’s not just facts and reading the directions. I provide real-life examples that I’ve witnessed. The class is open to everyone. People want to be there to help save someone’s life. We make sure the locations are centrally located, so people can get there. It all helps.”