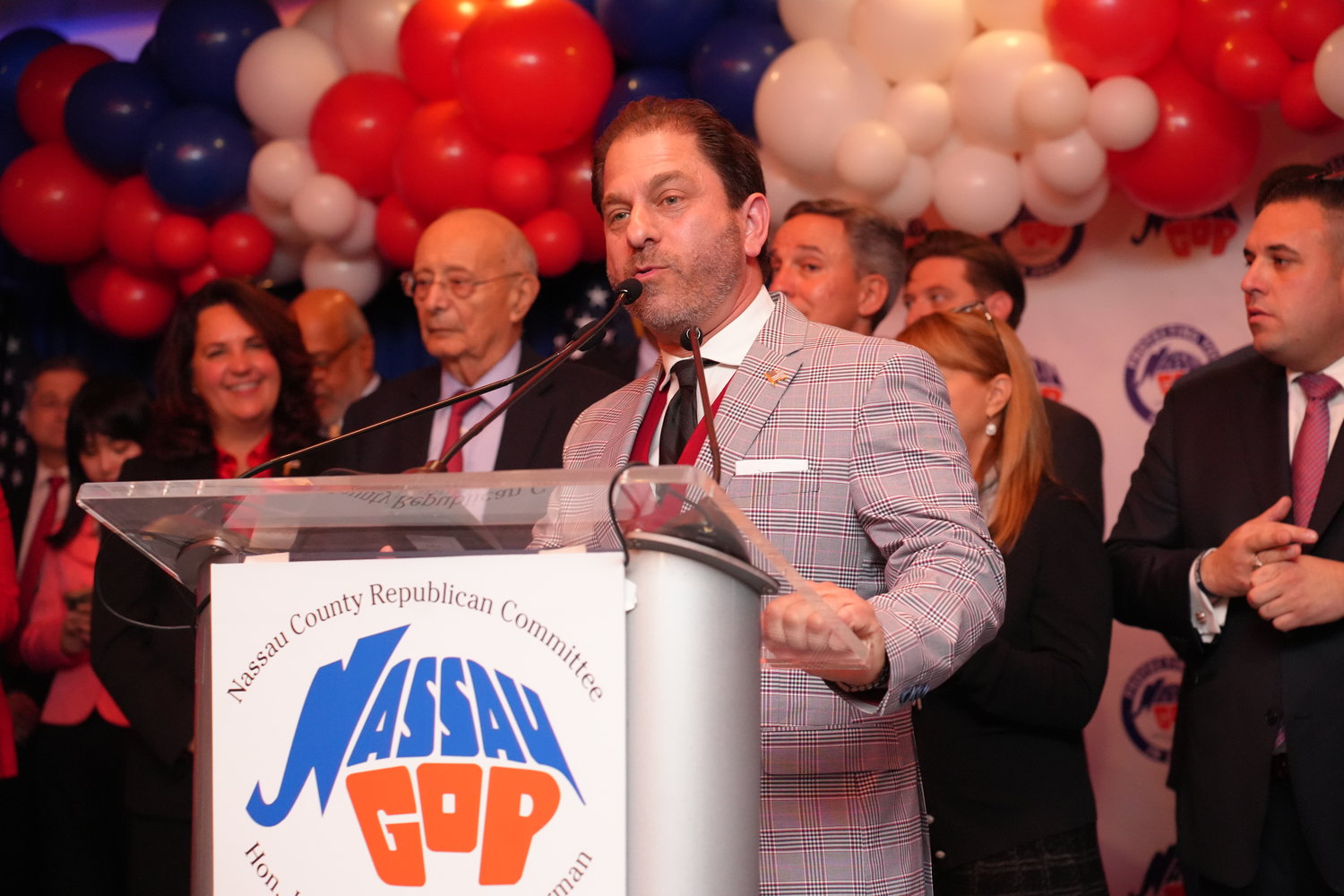 Support among Nassau voters has shifted toward Republicans in both local and state elections. Lawrence C. Levy, a longtime Newsday reporter and columnist and the executive dean of the National Center for Suburban Studies at Hofstra University, cited several factors in explaining the apparent red wave on Long Island.

“This year, in the campaigns for local offices, Republicans really hammered the same issues that carried them,” Levy said. “The Republicans generated a lot of momentum on crime and inflation, and people on the Island were really concerned about rising crime, even if there was very little in their own communities.”

Levy added that Long Islanders’ perceptions of crime were heavily influenced by New York City media and politics, and that gave Republican candidates a “head start” in attracting support. “The Republican message resonated with people as more than just a campaign tactic,” he said.

“If people feel unsafe, a politician has to be seen as doing something, or at least talking compellingly about it,” Levy added. “And until the last week or two of the campaign, voters did not hear that from the top of the Democratic ticket. The bottom line is that Long Islanders really are attuned to personal and financial insecurity, rising crime and rising costs. That hit home to a lot of people who normally vote Democratic.”

Levy said he believed that those voters would probably return to supporting Democratic candidates in national elections.

In a statement, Mary Volosevich, president of the Long Beach Democratic Party, said, “Long Beach, like Nassau County, has always included Republican and Independent voters, and unfortunately voters bought what the NY Post was selling. We are proud and grateful of the hard work from so many of our volunteers from the Long Beach and Nassau County Democratic Committees. While the results weren’t what we were hoping for, it wasn’t because of a lack of effort or resources from our city or county committees, and we are confident we will be able to flip all GOP seats in Long Beach during the 2024 election cycle.”

According to the Federal Election Commission, from 2018 to 2021, Long Beach residents made 4,411 contributions to the Democratic Party and liberal campaigns, and just 462 to the Republican Party and conservative campaigns. Those contributions totaled $322,591 for Democrats, and $118,676 for Republicans.

Jim Moriarty, president of the Long Beach Republican Party, acknowledged that historically, the city has been predominantly Democratic. He added, however, that he has noticed a change in the past few years.

“I think politics has been changing for a long time now,” Moriarty said. “The Democratic Party had a lock on certain groups and ages. As younger people and voters have more information available to them, and candidates are speaking on issues that can be important to them, they vote for them.”

People are no longer tied to traditional party politics, Moriarty said, which is changing the way they vote.