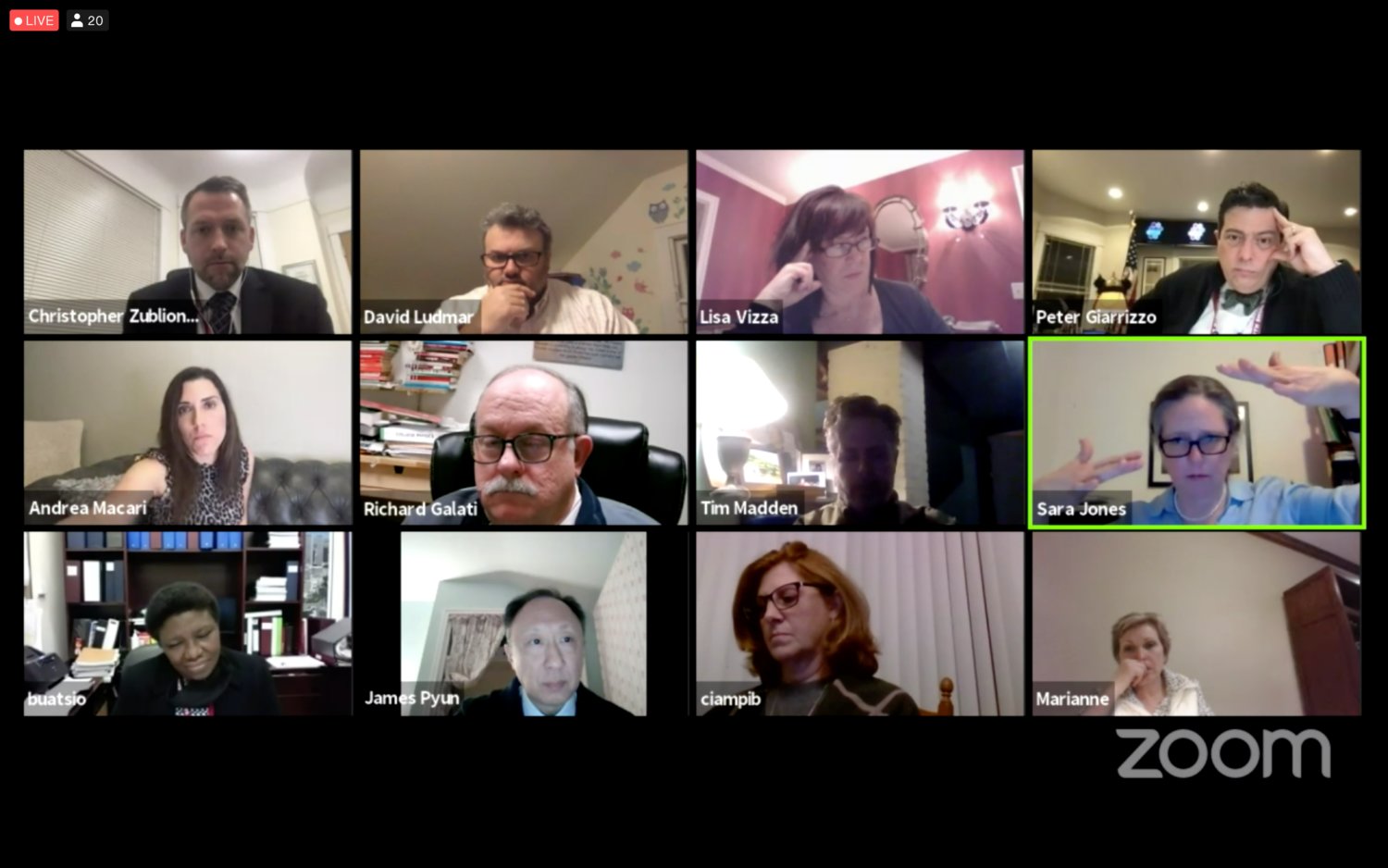 The North Shore School District’s first presentation of its 2021-22 budget was divided into three scenarios, dependent on school schedules.

If the pandemic subsides enough for the district to operate normally starting in September, its proposed budget would be roughly $112.2 million, a 1.7 percent increase over the current spending plan. The tax levy would be about $91.9 million, a 0.9 percent increase.

Scenario 2 starts with the Scenario 1 budget but adds $473,081 in expenses, bringing the budget total to roughly $112.6 million, a 2.1 percent increase. The tax levy would be $92.3 million. The additional expenses include:

$141,875 for security to supervise outdoor learning and district facilities

$50,000 for counseling of English as a New Language students

$48,706 for a new class in social justice at North Shore Middle School

Extends Into Next Year

If the pandemic continues into next year, the budget would be roughly $115.2 million, a 4.5 percent increase. It would have a tax levy of $94.9 million, and additional expenses:

Along with the 2021-22 budget, the North Shore School District is proposing a second referendum to establish a new capital reserve. With the aim of maintaining the district’s infrastructure, the reserve would be used for:

Overhaul of fields district-wide, including baseball and softball

Installation of lighting on playing fields

Installation of bleachers and folding partitions

Renovation of gyms and installation of wellness centers

Superintendent Dr. Peter Giarrizzo unveiled the first draft of the North Shore School District’s proposed 2021-22 budget at a Board of Education meeting on Feb. 4. This year’s presentation differed from years past because Giarrizzo suggested three potential spending plans, depending on how the coronavirus pandemic may affect the district come September (see box).

The second scenario represents a middle ground between a normal opening and one still affected by the pandemic. This spending plan includes just over $473,000 in additional expenses, bringing the total to roughly $112.6 million, a 2.1 percent increase. The tax levy would be $92.3 million, up 1.4 percent.

If the pandemic somehow rages on into the fall, the district’s budget would be roughly $115.2 million, a 4.5 percent increase, with a tax levy of $94.9 million, 4.3 percent more than the current year.

One of the deciding factors in which budget is chosen, Giarrizzo explained, will be the rates at which residents are vaccinated. If infection rates can be reduced enough, he said, school eventually will look like it does in normal years. But it is difficult to predict what will happen over the next few months, he added.

“That was one of the challenges with this,” Giarrizzo said, “but we also, as we’re building it, don’t want to be so focused on Covid that we lost sight of our values and what makes a North Shore education so unique and so desirable and, frankly, so sought after.”

The budgeting process faces two other major challenges, he said, one of which is state aid. How much funding the district will receive from the state is uncertain, he said, because the state budget is also affected by the pandemic.

Additionally, Giarrizzo said, district funding will be affected by the results of a settlement between the Long Island Power Authority and Nassau County, because it involves LIPA’s Glenwood Landing power plant property. The plant was demolished in 2015, but LIPA is still paying property taxes, much of which go to the school district. A tentative agreement to reduce LIPA’s taxes by 50 percent was reached between the utility and the county in late 2019, but has yet to be finalized.

LIPA currently pays $17.3 million per year in taxes for the Glenwood Landing property.

Giarrizzo also introduced a second referendum, to be put to a public vote, which would establish a new capital reserve to maintain district infrastructure, focusing particularly on athletics  (see box).

Board of Education Trustee Sara Jones said she found the outline of the three scenarios to be illustrative, and she struck by the fact that 7.6 percent of Scenario 2’s budget was taken up by cleaning supplies and filters. It makes perfect sense under the district’s current situation, she said, though it was something she never thought she’d happen.

Jones also asked where some of the budget cuts would come, because only a few were outlined in the presentation. Giarrizzo said that most of the cuts would be minor, and would be itemized when the district details how the budget will affect each of the district’s buildings.

Trustee Marianne Russo noted that the unknown factors of the pandemic and the proposed LIPA settlement could present the district with some issues moving forward. She said it could be difficult to meet financial demands while staying below the state tax cap.

If such a situation were to arise, Giarrizzo said, the district would likely rely more on its fund balance. He added that he did not think the needs of the district will be as drastic this September as they were last fall.