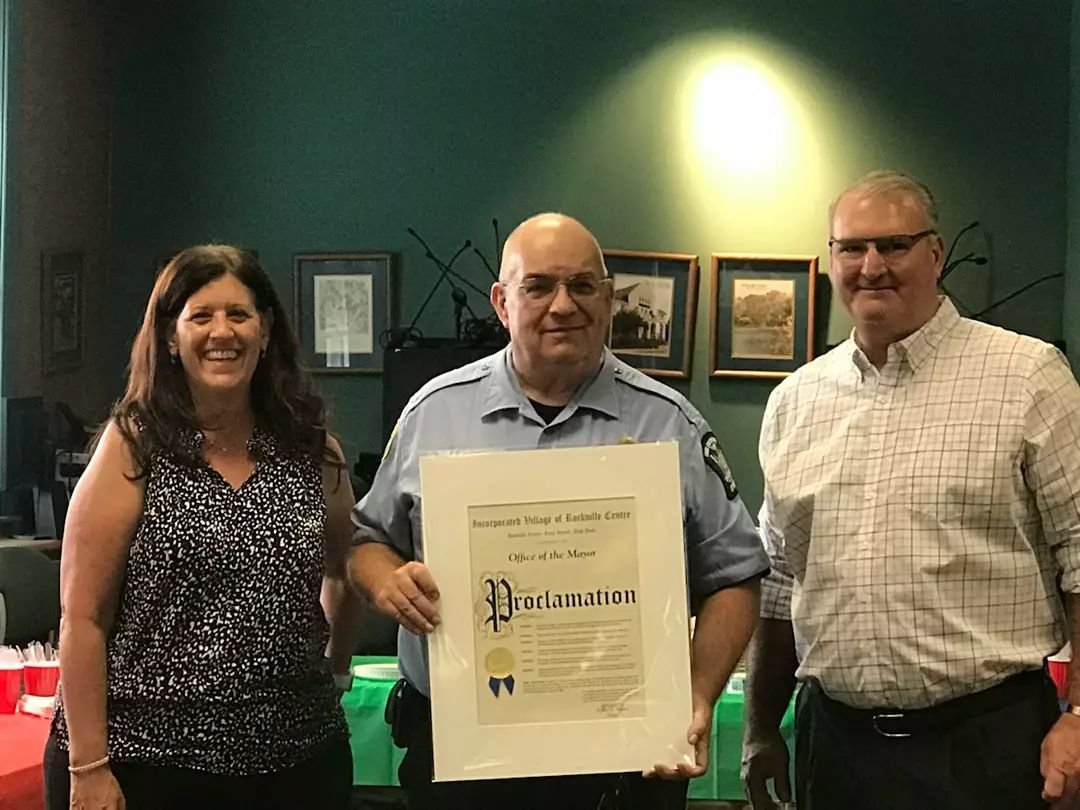 Thomas Bunting, center, was presented with a citation from Rockville Centre Deputy Mayor Kathleen Baxley and Superintendent of Buildings Pat O’Brien for his 35 years of service to the village as a building inspector and code enforcement officer.
Courtesy Village of Rockville Centre

One of the longest tenured employees in the Village of Rockville Centre called it a career after more than three decades of service.

Thomas Bunting, who has been a building inspector and code enforcement officer for 35 years, retried on Sept. 30.

Bunting began his career with the village on Dec. 20, 1986, and was described by village officials in a Facebook post as “a valuable asset.”

Mayor Francis Murray, Deputy Mayor Kathleen Baxley and Superintendent of Buildings Pat O’Brien presented Bunting with a proclamation at a board meeting on Sept. 27 “to express our sincere appreciation to Tom for his dedication to the outstanding performance of his duties during his tenure,” the Facebook message read. “We wish him all the best in retirement.”