Young, old, those in between clean beaches 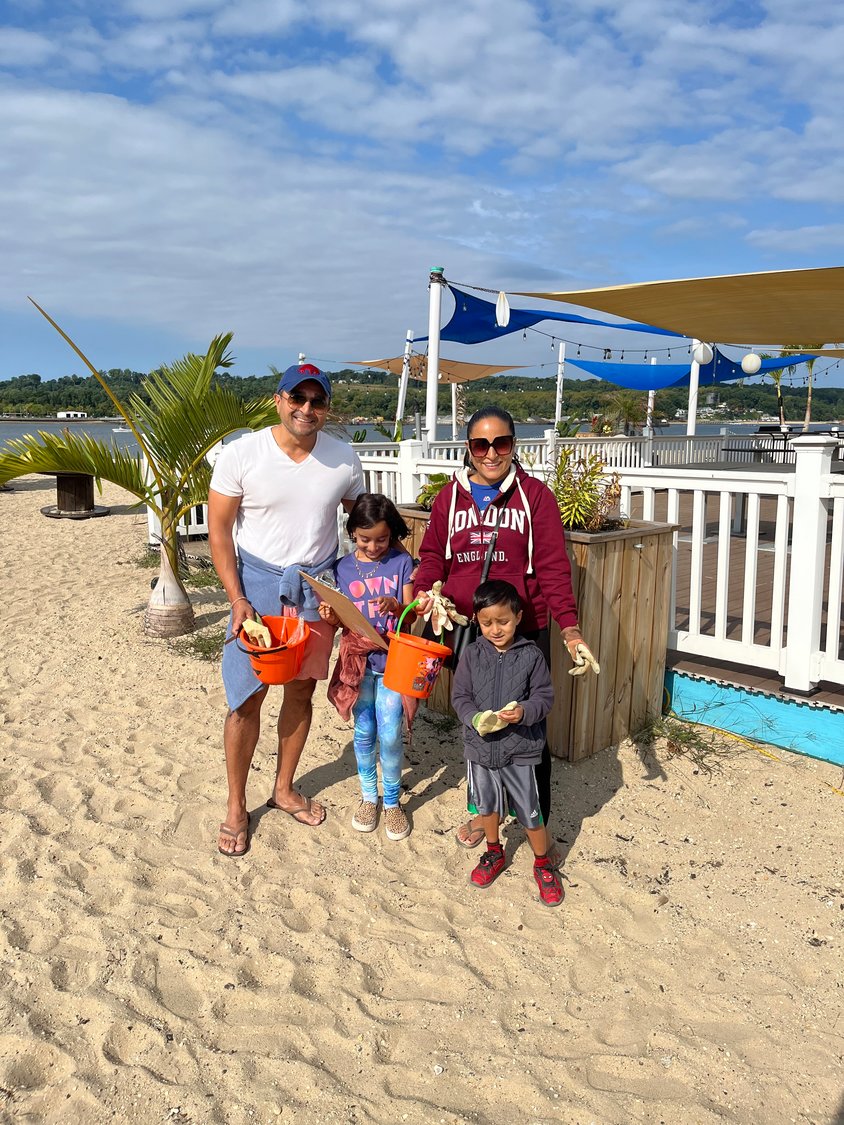 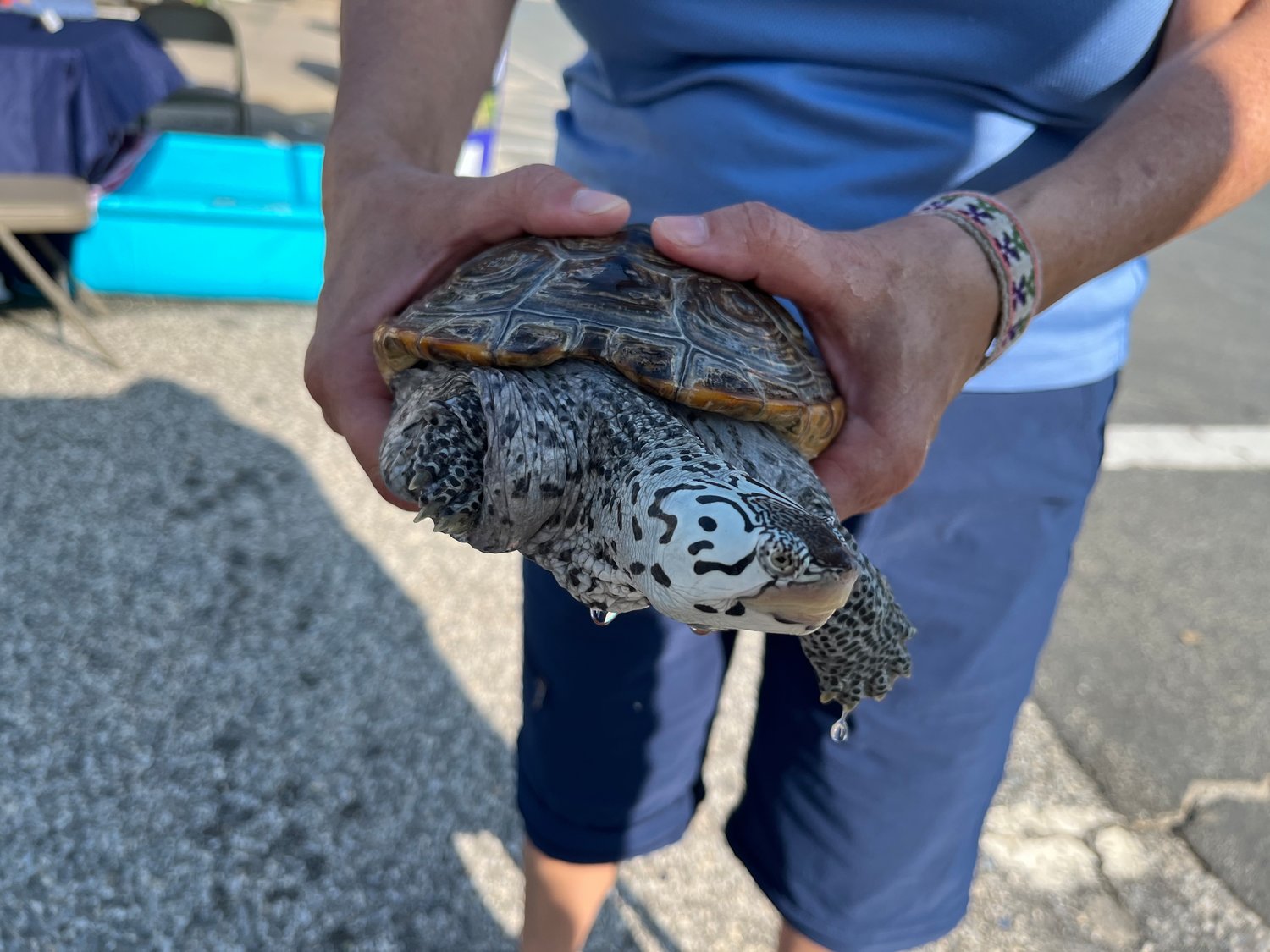 Jasper, a diamondback terrapin, was there as an example of the importance of protecting local wildlife.
Will Sheeline/Herald 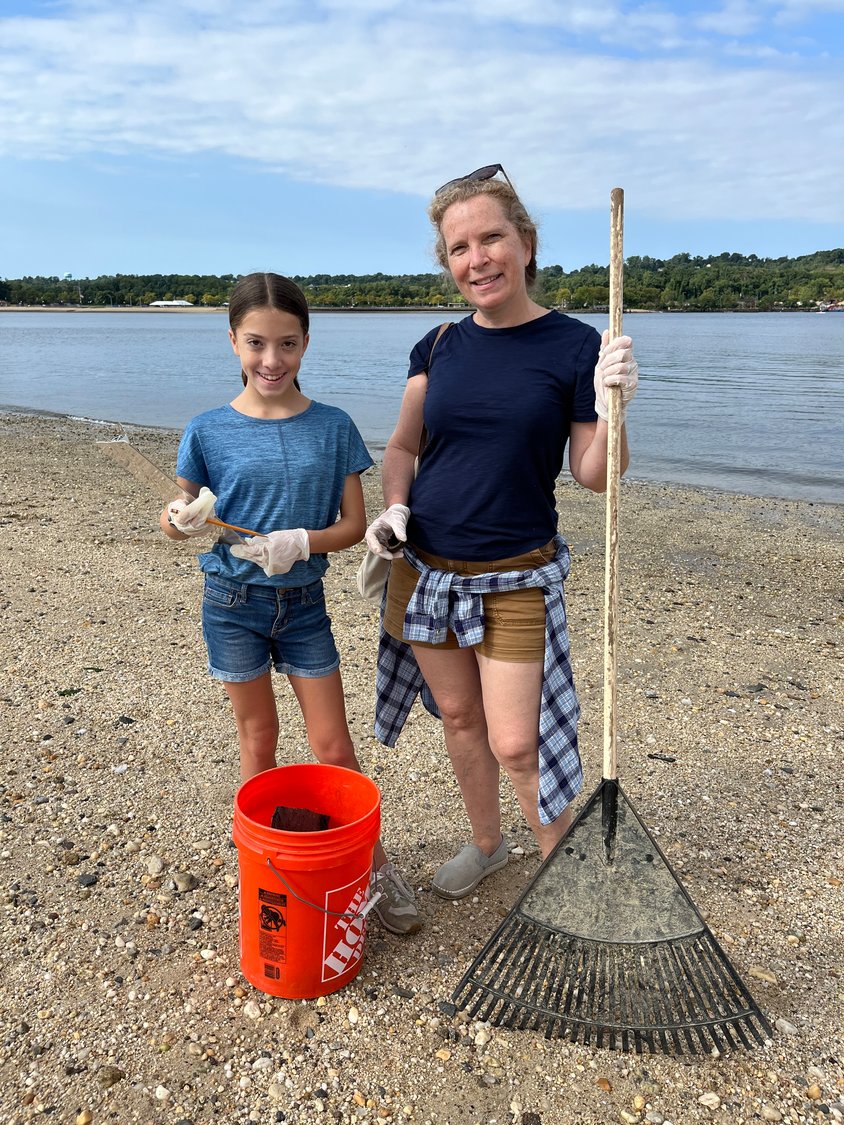 Lisa Lonigro, right, and her daughter Willow collected a bucketfulw of trash in the Coalition to Save Hempstead Harbor’s Coastal Cleanup.
Will Sheeline/Herald
Previous Next
By Will Sheeline

Members of the community gathered on the morning of Sept. 17 to help keep their beaches cleaner and safer for the local wildlife. 115 Hempstead Harbor residents participated in “Coastal Cleanup,” sponsored by the Coalition of Hempstead Harbor to mark International Coastal Cleanup Day. The coalition’s efforts were also directed at gathering information to help scientists.
Residents and environmental activists gathered at Sea Cliff and Tappen beaches, as well as Town of North Hempstead Beach Park and Morgan Park Beach, to take out the trash. The garbage included everything from cans, plastic wrappers and even tires, but they found by far the most common piece of trash on the beach were cigarette butts, which are the most abundant form of plastic waste in the world.
Carol DiPaolo, the Coalition’s water-monitoring coordinator, said the coastal cleanup has been held since 1992 as part of the International Coastal Cleanup, a program of the Ocean Conservancy, a nonprofit environmental advocacy group that helps formulate ocean and water policy. The International Coastal Cleanup has helped remove more than 348 million pounds of trash from beaches worldwide.
DiPaolo emphasized that this was the first time that they’d managed to garner enough support from the wider Hempstead Harbor community to be able to have a cleanup covering both sides of the harbor.
“We contacted all of the municipalities who were totally supportive, and reached out to other organizations,” DiPaolo said. “It’s all new, not knowing how people are going to be distributed around the harbor. Usually there are big crowds here, so now we’re all over for a longer time, so we’ll see how it goes.”


The coalition worked with numerous other organizations to get the event running smoothly, including Sea Cliff’s Environmental Conservation Commission. The congregation of Tifereth Israel of Glen Cove led the cleanup at Morgan Park Beach, while environmental group Transition Town Port Washington organized the work at Town of North Hempstead Beach Park.
Volunteers for Wildlife, a wildlife hospital and education center based in Locust Valley, also partnered with the Coalition for the beach cleanup. It had a tent at Tappen Beach where they answered questions about wildlife and the threat littering and trash pose. Sheila Doolan, one of the volunteers from the organization, explained that their goal is to help injured animals, and that the beach cleanup would go a long way towards preventing animal injuries.
“We get upwards of 3,000 animals a year at our facility,” Doolan said. “We use the animals in our care who are non-releasable, so we use them to go out to schools and libraries and places like this where we can let people know that these are the animals we want to care for, and one of the ways we can do that is cleaning up our beaches.”
Jasper, a diamondback terrapin native to the Northeastern United States, was the animal they brought with them to the beach that day. Since she is too old to learn how to survive, Jasper instead provided interested children and volunteers an opportunity to learn a bit more about the animals that call Long Island home.
The gloved volunteers spent three hours picking up 375 pounds of trash across all four beaches, gathering data as they did.
Lisa Cashman, the Coalition’s Associate Director, explained that the information then goes to the American Littoral Society, and from there to the Ocean Conservancy, so that they can ultimately help make national and statewide policy changes to ensure local beaches, the Sound and the ocean, stay clean for the next generations.
“It’s more than just picking up our trash,” Cashman emphasized, “it really is a chance to catalogue and take a look at what’s going on in our ecosystem.”
Report an inappropriate comment