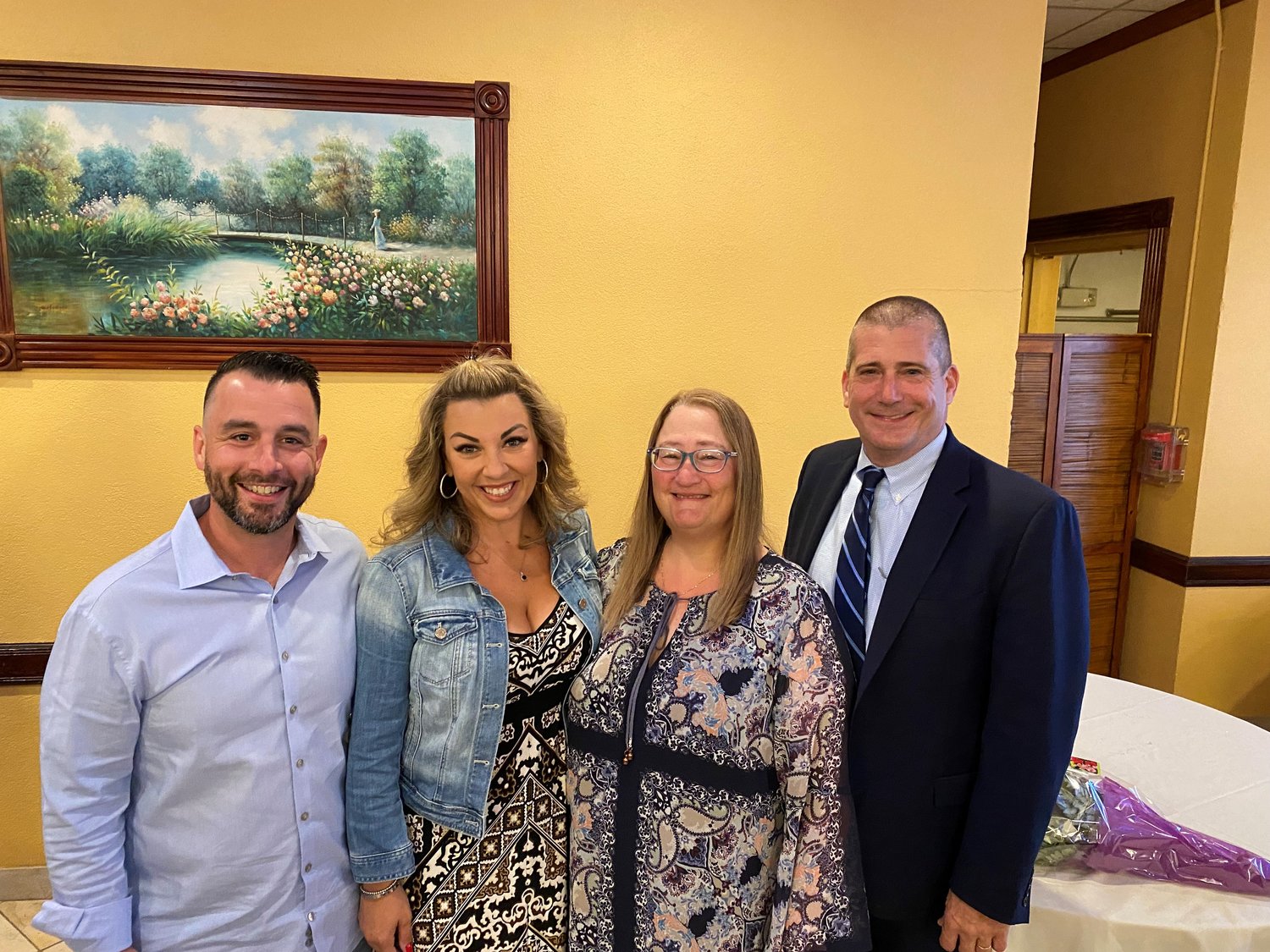 She has served as the superintendent of Levittown Union Free School District since 2014. McDonald also was a testing coordinator, director of pupil services, assistant business manager, and assistant superintendent for business and finance.

Her road to becoming a teacher wasn’t a direct route.

From a young age, McDonald always wanted to be a teacher; she can recall “Go To the Head of the Class” as her favorite childhood game. Unfortunately, early on, she was not encouraged to become a teacher.

“When I went to high school, teachers weren’t being hired. There were no jobs available,” McDonald said. “So, I did not originally go to school for teaching.”

She first worked as a paralegal for 13 years after earning her paralegal certification from Adelphi University. During that time, she had two sons — Patrick and Kevin — both of whom were students in the Levittown district.

McDonald then had two options, to become a lawyer or a teacher. With encouragement from her husband, Patrick, she chose the latter. “He wanted me to do what would make me happy,” she said. “I am blessed to have such a wonderful husband.”

She returned to Adelphi and received both her bachelor’s degree and master’s, before returning to Levittown as a social studies teacher in 1995. She spent 10 years at Division Avenue High School, after which she moved to the district’s central office and served in a number of administrative positions.

During this time, McDonald received her doctorate degree in education from Hofstra University. She left Levittown for four years to serve as the assistant superintendent for business and administration in Plainedge, before returning to replace James Grossane as superintendent of Levittown Schools.

Her favorite memories are what she described as the “a-ha” moments, when the knowledge would finally click with students. She recalled when in 1999, a graduating senior stopped by her classroom and asked to spend his final free period as a student with her.

As an administrator, McDonald enjoyed working in the building that was once her own high school. “My office used to be the nurse’s office,” she said, with a laugh. “So I have a whole different set of memories in here before I worked in here.”

Board of Education president Peggy Marenghi said McDonald was an active superintendent, attending everything from ball games to Eagle Scout ceremonies. Marenghi recalled a time where McDonald voluntarily tutored a student who was in need of help to pass the social students regents. She was the superintendent at the time.

“She is totally committed to all children,” said Marenghi. “I’ve worked with many wonderful superintendents, but I have never met someone more committed, dedicated, and knowledgeable than Dr. Tonie McDonald.”

Steve Costello, a former social studies teacher and director, who also graduated in 1977 from Levittown alongside McDonald, described her as a “gift” to Levittown. “It’s unusual to have a superintendent who is so embedded in the community,” said Costello. “She just loves Levittown and everything about it. Levittown was very lucky to have Dr. McDonald in charge for the past eight years.”

Todd Winch, the district’s assistant superintendent for curriculum, will be filling her shoes as superintendent. McDonald and Winch go way back, as both started in 1995 at Division Avenue High. “It’s wonderful to hand this district that I love so much over to someone that I trust and respect,” McDonald said.

Her plans for retirement include reading more books and visiting her sons, two things she hasn’t gotten to do while dedicating herself to Levittown.