Tom Condon is the Seaford Herald's 2021 Person of the Year 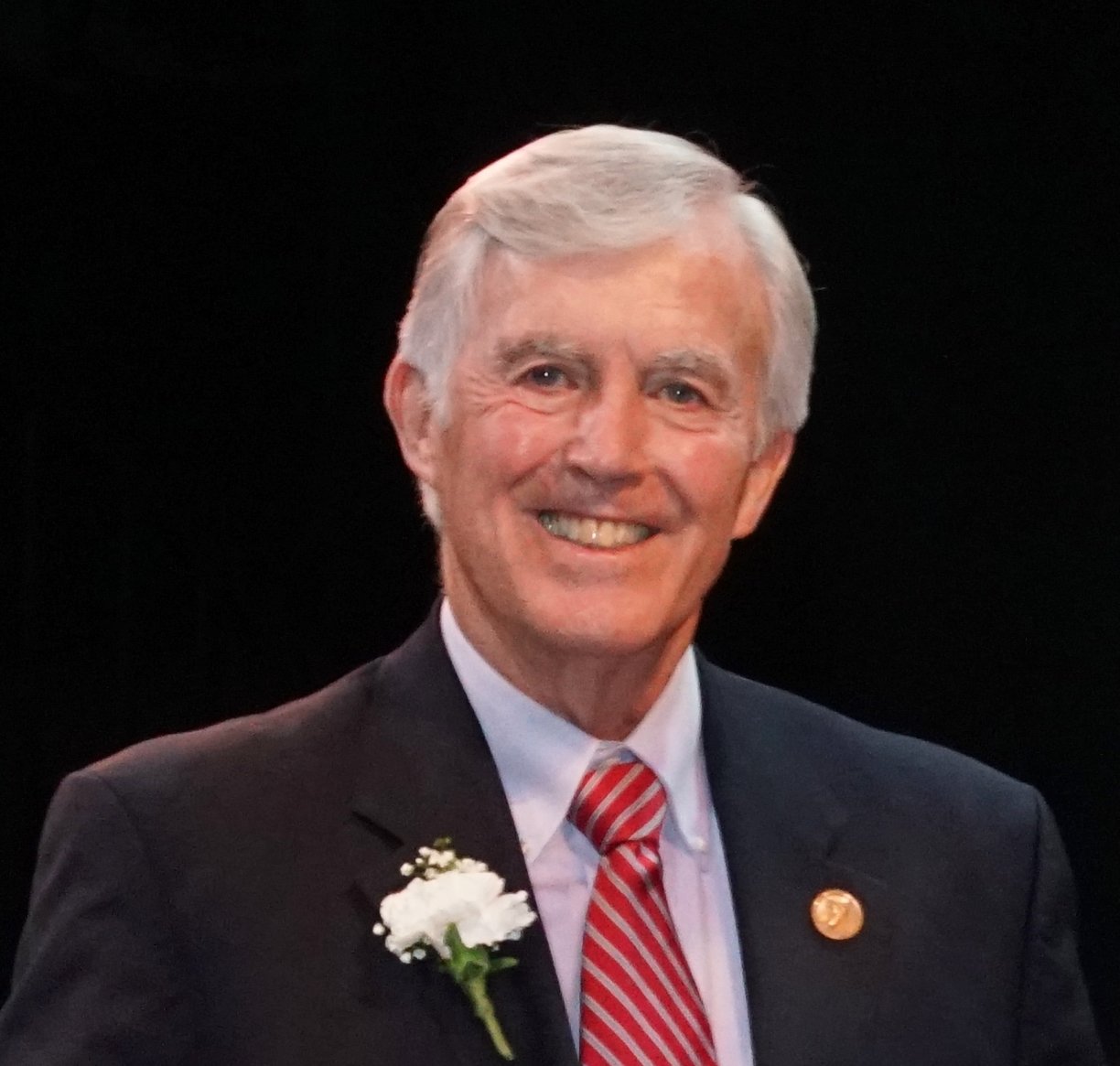 Tom Condon, 74, is the Seaford Herald’s 2021 Person of the Year.
Courtesy Bill Moseley
By Kate Nalepinski

Service, character and commitment are the driving force of the Seaford 9/11 Memorial Committee, a nonprofit organization that each year recognizes Seaford High School students who manifest those key traits with the Patriot Award, in honor of the five Seaford alumni who died on Sept. 11, 2001.

The late Thomas and Timothy Haskell, classes of 1982 and ’85, respectively, Robert Sliwak ’77, John William Perry ’82 and Michael Wittenstein ’85 represent service, character and commitment. And those traits also help describe one of Seaford’s leaders, Massapequa resident Tom Condon, who has devoted the past 20 years to honoring the lives of those fallen heroes.

Condon, 74, served in the Seaford School District for 48 years as an educator, guidance counselor, administrator and coach. He retired in 2017, but continues to work year-round, chairing the Seaford 9/11 Memorial Committee. For his nearly five decades of commitment to the district and two decades of volunteer commitment to the committee, the Herald is proud to name Condon its 2021 Person of the Year.

“Tom has always been kind of an adopted son of Seaford,” explained Brian Conboy, interim superintendent of the Massapequa School District.

Condon grew up in Massapequa, but attended St. William the Abbot School in Seaford until eighth grade, and had many friends from Seaford, he said. He attended Chaminade High School, in Mineola, graduating in 1965, and went on to St. John’s University, where he earned a degree in social science and education. Then, he said, he “lucked out.” “In a small job market at the time,” Condon recounted, “I was able to get a job at Seaford High School, which was a dream come true.”

He started as a social studies teacher and an assistant varsity football and track coach in 1969. By the mid-’70s, he had become a guidance counselor. In 1983, he was appointed Seaford High’s principal, but he and his wife, Peggy, had a young family to manage, with three children — eldest daughter Erin, their late son and younger daughter Maureen. Condon felt he was unable to adequately care for his family, he said.

Former Seaford High Principal Ray Buckley, who worked with Condon as a fellow football coach, recalled the Middle States Commission on Higher Education conducting an evaluation of the school. “It happened to fall on the one year he was principal,” Buckley said of Condon. “It was so taxing on him.” So after one exhausting year, Condon returned to his job as a guidance counselor.

Reacting to a tragedy

In late September 2001, days after the attacks on the World Trade Center, Condon was coaching a football game when he was approached by Ken Haskell, a Seaford resident had lost both of his New York City firefighter brothers, Tim and Tom, on Sept. 11. Ken was looking for a way to remember his brothers and other victims.

Condon had known all five men. He was the Haskells’ and Sliwak’s assistant varsity football coach and had Sliwak in class, coached Perry in track and was his guidance counselor, and advocated for Wittenstein, who was active in school activities.

“Seaford is a small enough place where even if you’re not the guidance counselor for certain students or the coach or their teacher, you’re still familiar with them,” Conboy, a former 9/11 Memorial Committee member, said. “Tom’s familiarity with all the boys galvanized his effort. … He’d do everything possible to remember them the right way.”

Buckley, Condon and another former principal, Pat Gallagher, met with the other victims’ families in November 2001 to discuss potential options. The committee was created the following February.

“Being a guidance counselor for the majority of my career, you really get to know students because you have them for four years,” Condon said. “You get to know their parents, and you become deeply involved with their lives. You try to make a difference in the paths they take.”

The committee has also recognized more than 50 people who have made significant contributions to Seaford with the Honorary Patriot Award. The awards are given out at the annual Patriot Award dinner, usually held in June.

Condon manages some 19 subcommittees, comprising about 25 active volunteers in total, that take on projects that promote 9/11 education and remembrance. That includes the management of the memorial outside the high school, which in 2016 was updated with three artifacts from the World Trade Center, an “Always Remember” stone and a survivor tree.

A subcommittee also helped create a 9/11 Museum Brochure, intended for use by high school seniors on an annual visit to the World Trade Center site. The committee also organizes the annual 9/11 Memorial Candle Lighting Ceremony outside the high school, which this year was attended by over 2,000 Seafordites despite the pandemic.

Lynda Schachner, a longtime committee member who has worked with Condon for 20 years, said she has witnessed “his countless hours, year after year, spent working” as chair. “He’s always had a vision for this committee: to never forget our fallen alumni of Sept. 11,” Schachner said. It was Condon who came up with the motto “Service, character and commitment.”

“This committee started as a way to honor our alumni, and has grown to encourage service, character and commitment from the entire student body and Seaford community,” Schachner said.

Seaford High’s Pathways to Service program, which offers students school and community service opportunities throughout their high school careers, was launched and funded by the Memorial Committee, as was the Memorial Brick Program, which memorializes individuals with bricks laid outside near the high school monument and generates funds that support the upkeep of the memorial. These are just a few of the committee’s efforts.

“If you know him, he’s very, very exact about a lot of things,” Buckley, who now lives in Pennsylvania, said. “He has his finger on every pulse — he always knows what’s going on. With the committee, he’s the ringmaster of the whole operation.”

Former Seaford High principal Scott Bersin, who is now the assistant superintendent for curriculum, instruction and assessment in the Bellmore-Merrick Central High School District, described Condon as “one of the most community-minded people you’ll ever meet.”

Next spring, the Memorial Committee plans to launch the Patriot Award Alliance, a mentorship program that will connect younger and older award winners.

In a flurry of sorrow and grief following 9/11, one Seaford group rises
Report an inappropriate comment