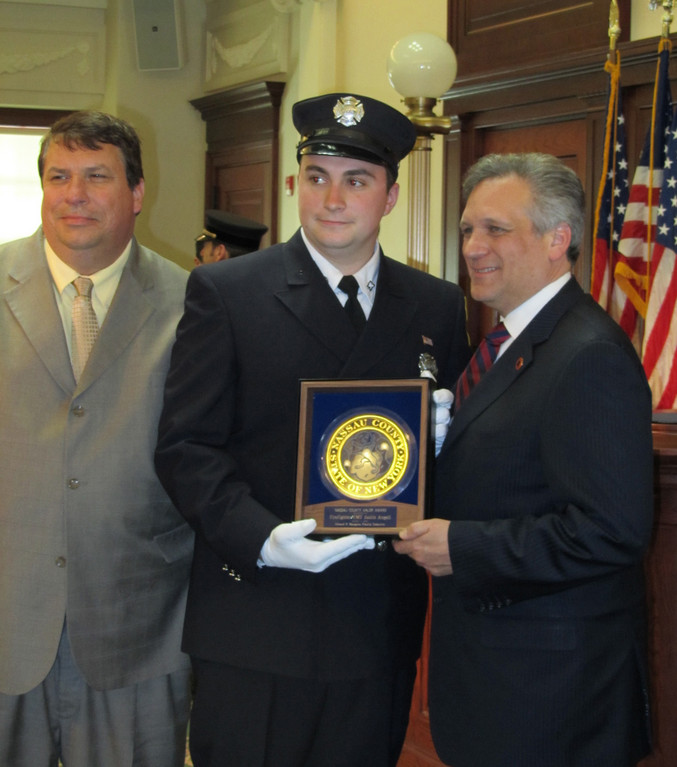 Bellmorite Justin Angell, 20, was presented with the Medal of Valor by Nassau County Executive Edward Mangano on Tuesday. Angell, a volunteer EMT with the Bellmore Fire Department, was first to arrive at a car accident on Bellmore Avenue in early March. As Angell approached the car to administer aid, he was shot in the torso by the crash victim, Jason Beller, who Mangano described as a “crazed gunman.” Beller was killed by Nassau County police and found in possession of six guns. Angell is pictured with his father, Gene, a Nassau County detective, and Mangano.