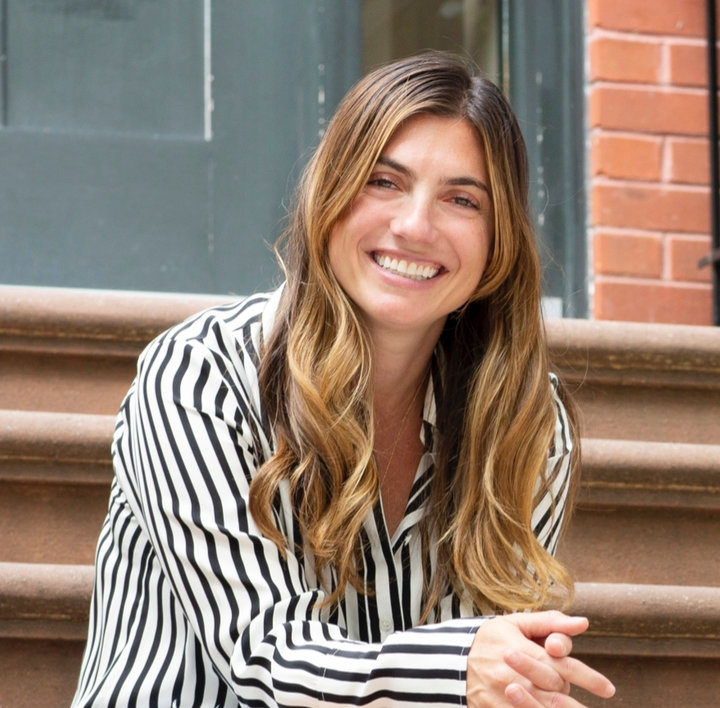 Since last December, when the Long Beach City Council voted unanimously to opt out of a New York state program to allow retail sales of marijuana, the issue has been dormant. Some even said dead.

But the topic erupted publicly again at the latest council meeting, on Sept. 20, when a cannabis entrepreneur asked council members to hold another public hearing on the matter, and “ultimately opt in” to the state’s program.

Beryl Solomon-Jackowitz, 42, of Long Beach, who owns an e-commerce business called Poplar, which sells a variety of hemp-based products, said she hoped to persuade the council to adopt the year-old state law. It is now legal to consume cannabis in New York, and the first iteration of adult-use dispensaries will open throughout the state later this year.

“Cannabis is already here,” Solomon-Jackowitz told the council. “It is legal to consume cannabis in New York.”

She noted that, according to the state’s Office of Cannabis Management, up to 20 retail dispensaries are slated to open eventually on Long Island, in what is described as a “first round” of openings. And Long Beach, Solomon-Jackowitz contended, is losing a significant amount of money by not adopting the program.

She said that an economic forecast projects that the city would realize over $6 million in tax revenue from the sale of marijuana over the next five years. The forecast, she said, was conducted “by a team of experienced economists” who produced reports on the subject for Florida, Mississippi, and Puerto Rico. The team, Solomon-Jackowitz added, examined populations in different parts of those states, and found significant growth in revenue from the sale of cannabis over a period of several years.

At the council meeting, her claim of $6 million in revenue was hotly disputed by Judy Vining, executive director of Long Beach Aware, an educational organization dedicated to preventing substance abuse among young people. Vining said that local municipalities would receive a fraction of 1 percent of the state’s $220 billion budget from the retail sale of marijuana. She said she had attended a conference on marijuana in Colorado recently, and learned that for every dollar that state received in such revenue, it spent $4 on services such as police.

“There will not be millions” of dollars for Long Beach, Vining said, adding that the city had enough issues with alcohol and drug abuse without having a pot dispensary.

Solomon-Jackowitz said that a local dispensary would create local jobs and allow Long Beach “to take regulatory ownership of the who, when, where and how of its local cannabis market.” If the city never allows the sale of marijuana, she said, residents will purchase it elsewhere, including in Far Rockaway, Queens.

Long Beach has already held two public hearings on the issue. Council members were noncommittal on the matter at last week’s meeting, but Solomon-Jackowitz received a hearty round of applause from others who attended.

In an email earlier this week, Council President Karen McInnis wrote, “I view it as my fiduciary responsibility to examine and consider any and all revenue opportunities to lessen the burden if our tax-paying residents.

“Of course,” McInnis continued, “this would be balanced by all other factors. Ultimately, I am in favor of continuing the conversation so that all stakeholders have an opportunity to be heard.”

No Nassau County municipalities have opted into the state dispensary program. In Suffolk County, Babylon, Brookhaven, Riverhead and Southampton have voted to allow retail sales, which may begin as early as next year. A dispensary may only sell a buyer up to 3 ounces of cannabis, the same amount a person is legally allowed to possess.

There is another wrinkle, according to a recent Newsday story. In Suffolk, people seeking to open dispensaries say their proposed businesses are being zoned into out-the-way and undesirable industrial locations.

In a statement, the state’s Office of Cannabis Management said that local governments have a right to determine dispensaries’ locations. But, it added, “those rules cannot be deemed overly restrictive…” It said the state could “review and overturn” local regulations found to be “unreasonably impracticable.”